They were actually brought together thanks to second chances; now Kitty has a third chance, all thanks to Jack.

This is Kitty and Jack! The two are family pets both of them are rescues.

Sherree Lewis watches over her son Peter’s dog while Peter is currently deployed in Afghanistan. She simply never imagined Jack would become the family’s second hero. 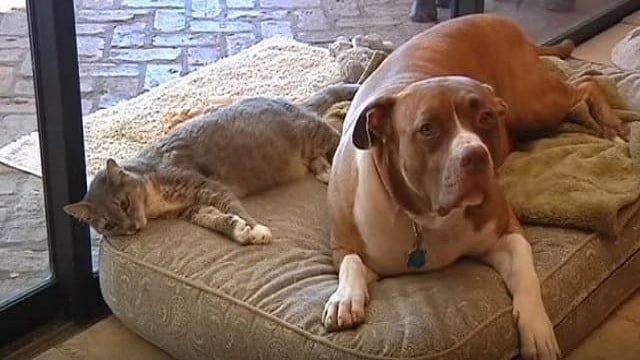 “As I was walking to the door, I could see the coyotes over here,” she noted.

It all happened in a split second in their Seminole neighborhood.

The coyotes had Kitty and Kitty was literally a breath away from being completely torn apart. 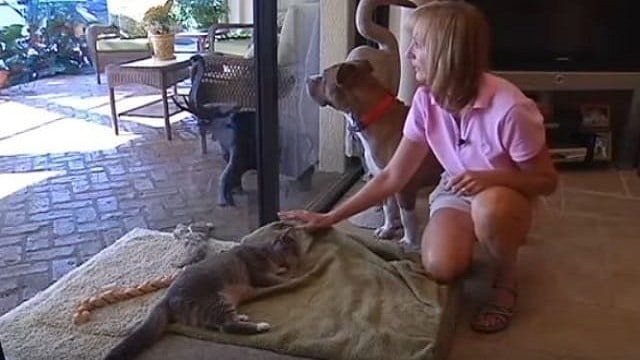 Two coyotes had Kitty and were already shaking her violently, but Jack was ready for a fight. Sherree ran to fetch her husband to help, but Jack had already taken matters into his own paws. Jack managed to get outside all my himself and ran to Kitty’s aid.

“I didn’t know Jack could run that fast. He was on them so fast,” Sherree said.

Jack quickly got the coyotes to drop Kitty and Kitty was immediately rushed to a vet.

“She can’t walk yet, but she is getting there,” stated Lewis.

Kitty suffered a broken tooth and is being treated for brain swelling. She is expected to make a full recovery. She was lucky compared to other stories circulating the neighborhood where other cats have been attacked and were not rescued.

Jack now stands guard on the lookout for the coyotes to return and never leaves his best friend Kitty’s side.

Jack even lets her use his fluffy dog bed, which he didn’t do before. 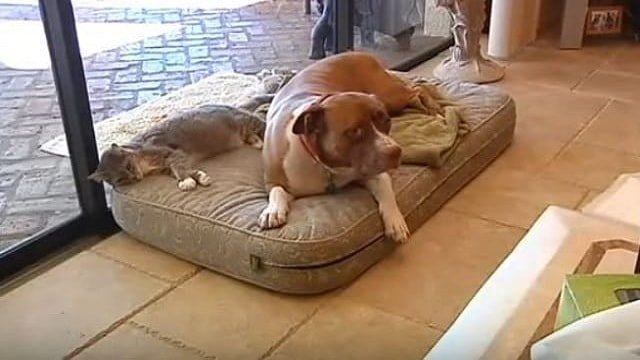 “He probably feels like he’s the caretaker. He checks on her every day and sniffs her, seeing what kind of shape she is in,” stated Sherree.

“Jack is a hero. He saved the kitty’s life and he just shows how good dogs can be. Big dogs can protect you, especially if something like this happens,” she concluded, “If it weren’t for Jack, Kitty wouldn’t be here today”.

The Pinellas County Animal Rescue warns all residents to keep cats and dogs inside at night, sincere there are coyotes in the area.

Don’t forget to share this inspiring story with your friends! 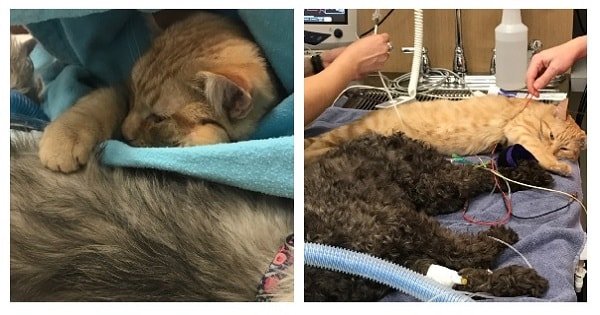 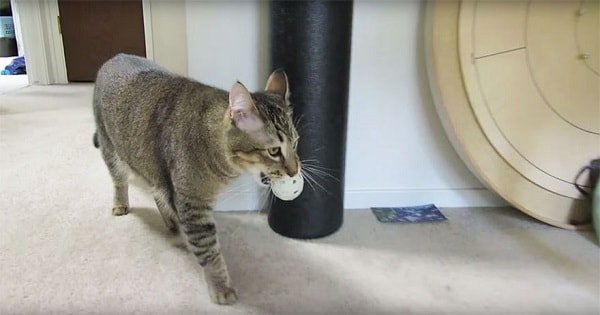 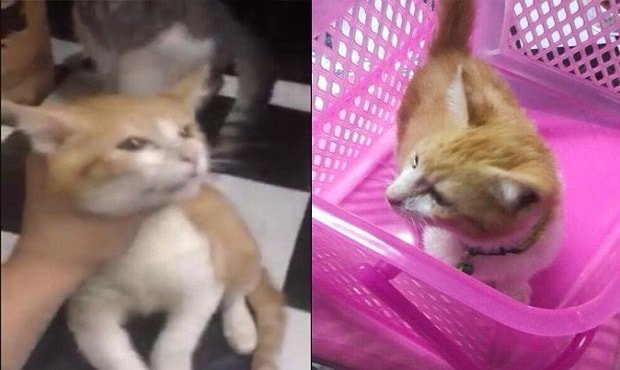 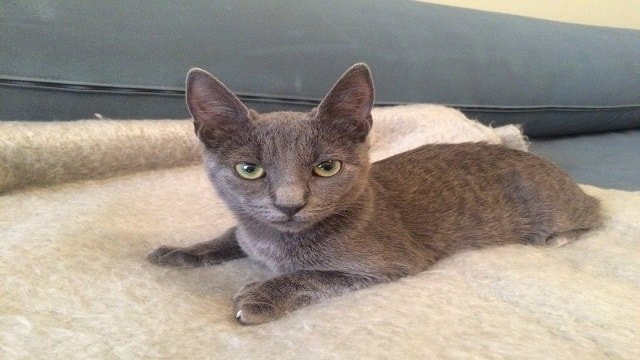 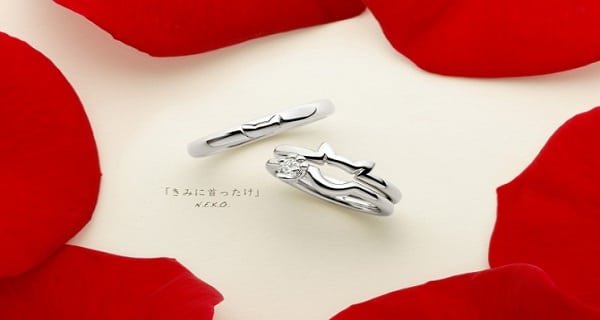 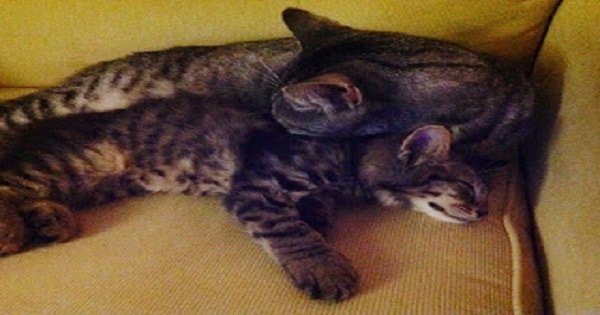 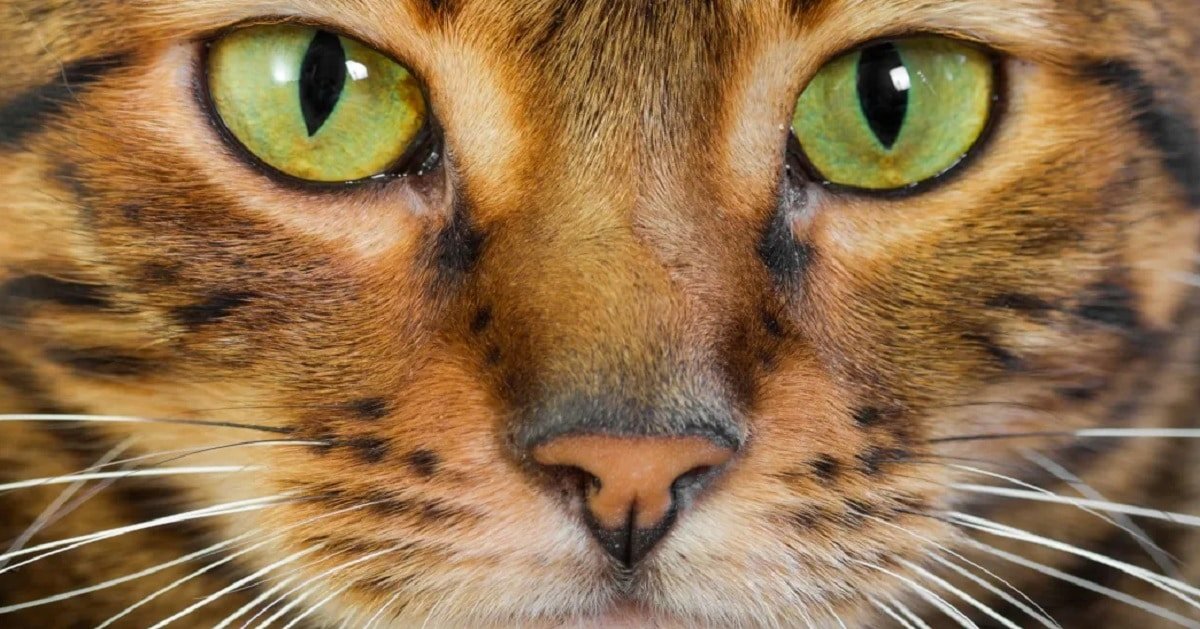 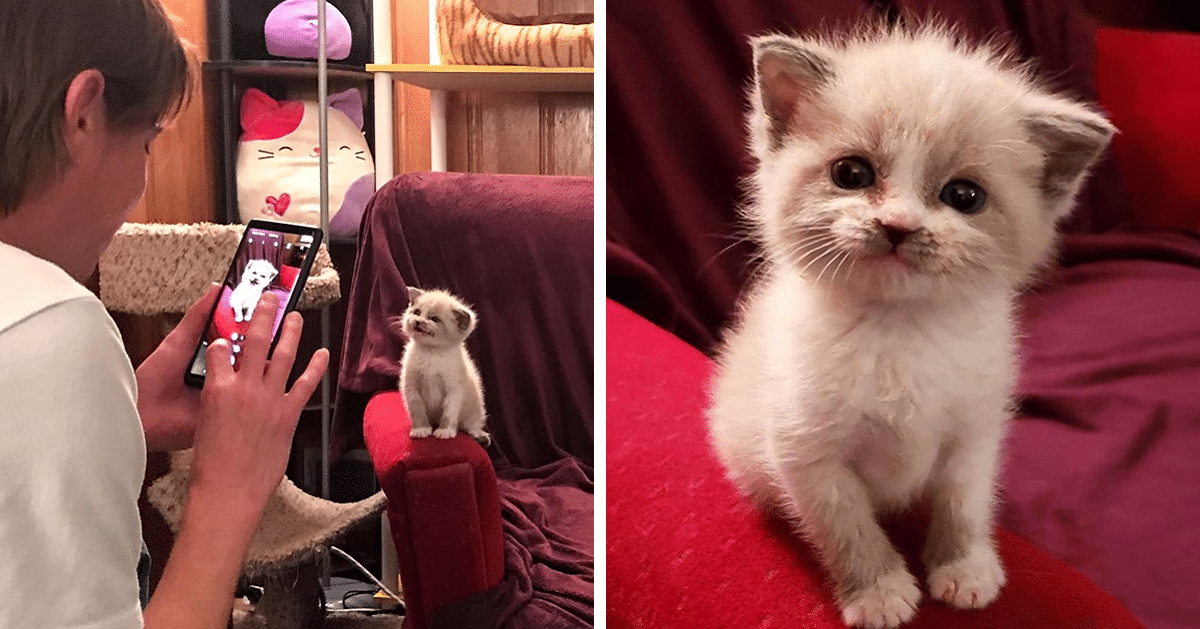