In the U.S. and Europe, there are statistically about as many obese pets as obese humans. As obesity is an extremely serious condition which can cause many other health problems, you should keep an eye on Fido if he starts getting a bit plump!

Veterinarians are also seeing more and more pets whose weight has more to do with an unhealthy diet than how fluffy they are. According to a survey conducted back in 2014 by the UK pet food organization PFMA (Pet Food Manufacturers Association), 45% of dogs and 40% of cats can actually be classed as ‘obese’. 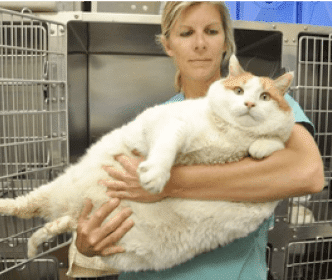 What exactly is Obesity?

The World Health Organization defines overweight and obesity as “abnormal or excessive fat accumulation which presents a risk to health”. There could be many different reasons for why a person or animal can become overweight, not all of them to do with diet.

For example, genetics may affect weight (some breeds of cats and dogs are more likely to be overweight than others), as well as hormonal changes. While these could only be controlled to a degree, it’s no secret that many families like to spoil their furry friends with frequent treats. Although you might be thinking that snacks are completely harmless, as we know well, too much of a good thing can be damaging.

If your pet is indeed overweight, they are more at risk of illnesses such as diabetes, high blood pressure, difficulty breathing, joint problems and liver disease.

Obesity in a dog 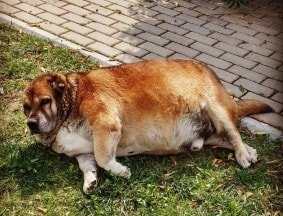 Dogs are oftentimes described as being able to eat anything, as well as being expert beggars. One flash of puppy-dog eyes at dinner time may lead to endless scraps of just about anything being passed to a canine companion. However, this is too often how dogs become overweight – too many treats and not enough exercise.

The likelihood of obesity increases with your pet’s age, with 70% of overweight dogs being over nine years old. Female dogs are actually more at risk than males, however, both sexes face an increased risk after being spayed and neutered.

Obesity in a cat 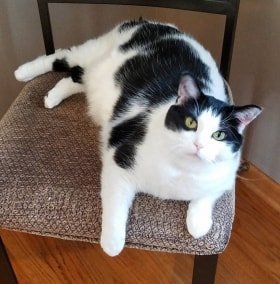 Cats are more vulnerable to gaining weight as they mature, in particular between 5 and 11 years old, as they get older and stop being able to exercise as much. Again, because of the hormonal changes taking place after being sterilized, cats are also more likely to gain weight after being desexed, however, indoor cats are also more at risk since they can’t exercise as much as outdoor cats.

What should be done about it? 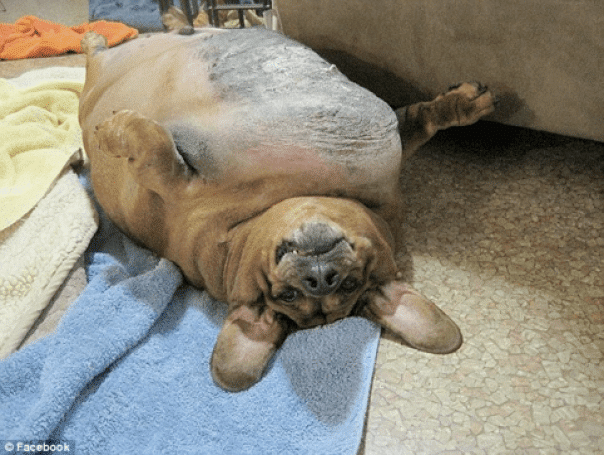 If you are not certain whether your pet is just a bit plump or unhealthily overweight, you should consult a veterinarian.

In a perfect world, animals should have a body fat content of around 20%. Being able to feel the chest, the hips, the spine and the shoulder blades of your pet without pressing on them too much to do so may very well give you some indication of whether they are too overweight, but this can vary from breed to breed.

It also should go without saying that the risk of weight gain is far less than the risks associated with not spaying or neutering your pet. As long as you give your four-legged friend a very healthy lifestyle, they will not be in danger of becoming obese. 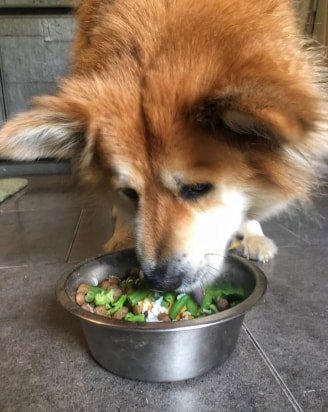 Weight problems do require attention and a regime of treatment. As soon as you begin to spot signs of unhealthy weight gain, take your pet to a veterinarian to get an idea of what you need to do to help them. Really the only way to deal with weight gain is a change in diet and exercise, so your vet will be able to help pinpoint any problems in your pet’s lifestyle and suggest the best way possible to get them back to a healthy weight.

The most important rules for a truly successful diet are:

Keeping up all the good work 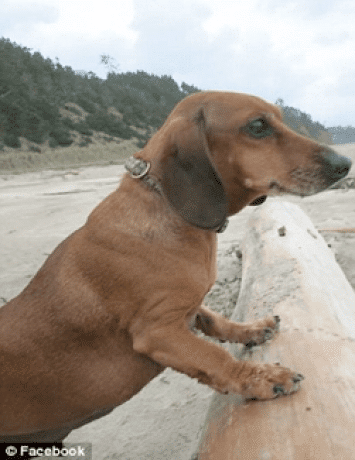 Once your pet begins to lose weight, you must stick to the new regime to avoid the well-known ‘yo-yo effect’ – losing weight, congratulating yourself and then going right on back to the habits that caused the bad weight gain in the first place. The more you make sure that the new rules are being respected, the less likely it is that your pet will have weight problems again.

Be sure that the diet isn’t too strict – being underweight has its own risks and health issues. The ultimate goal is to return to a normal diet step by step, to keep your cat or dog happy and healthy.

You should also always discuss the best way to do this with your veterinarian. 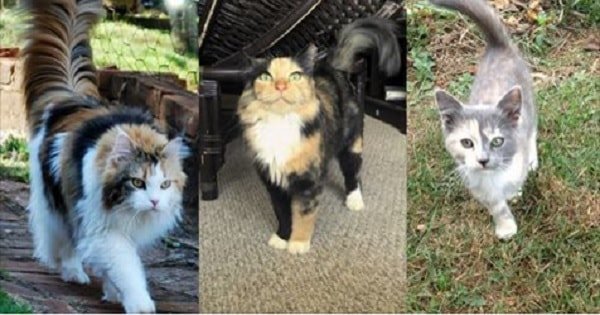 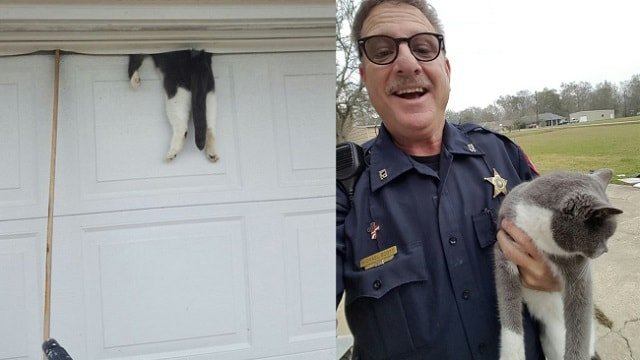 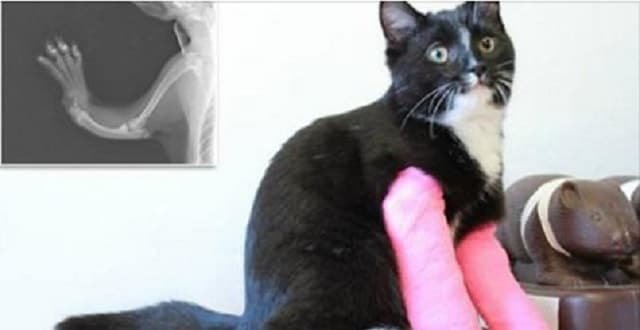 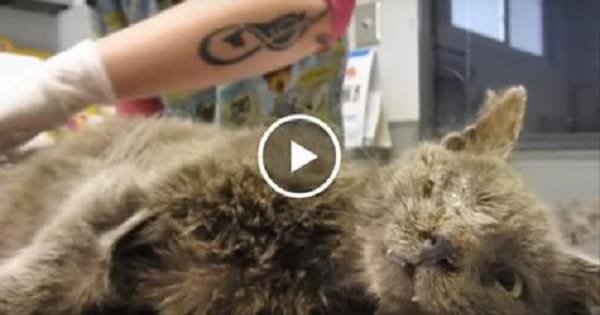 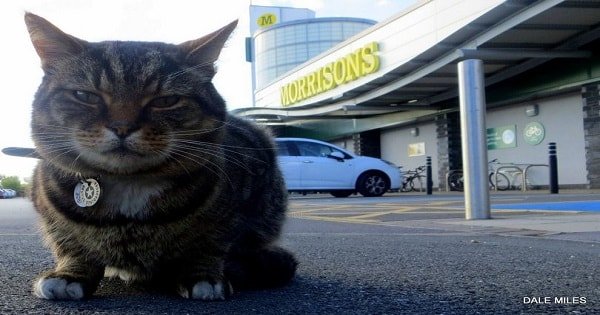 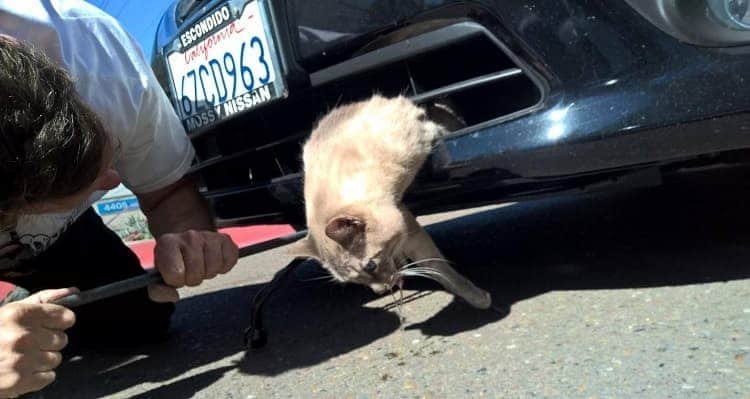