If you’re an animal lover like us, your heart is surely broken by every stray you see on the street. Most kitten strays have suffered a lot in their lives, either being left out in the cold or losing their moms with no one to take care of them. These poor souls want nothing more than a kind touch and some food. Sadly, some never live long enough to find a home.

The poor stray you can see in the video below was taken from the street by Robin Seplut. The kind man has helped dozens of stray kitties so far, but his last story was the most heart-touching. While walking around his neighborhood one day, he found a cute stray kitten and discovered that his mom was killed in a road accident. He took the poor scared kitty home with him, fed it, and cared for it. 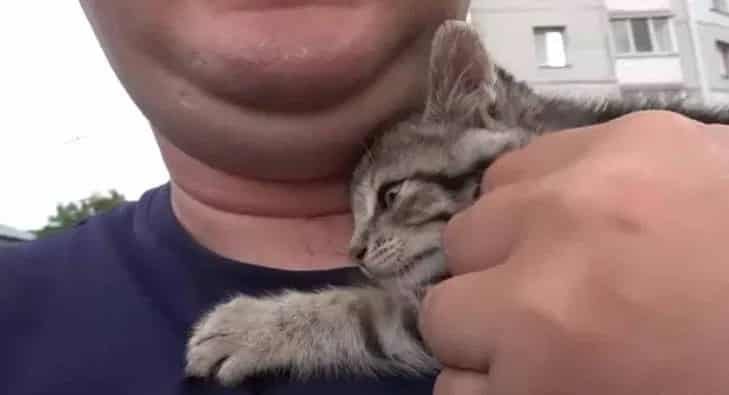 Every day, the kitten relaxed a bit more and accepted Robin’s cuddles. When he introduced it to his other kitties, it was a bit scared, but eventually relaxed. His new buddies were confused at first, but they accepted the tabby in just a short time. After all, they know how hard a stray’s life is.

As you can see in the video, the poor tabby is a bit shy in the beginning, but eventually enjoys its new home. Thanks to Robin, this stray won’t have a hard life outside with no food or shelter.