A young boy literally collapsed and had to be taken to hospital after discovering that his cat had been killed.

His pet, whose name was Kiki, is believed to be the latest victim of the M25 cat killer, previously known as the Croydon cat killer, who has claimed the lives of more than 250 animals.

Kiki’s decapitated body was discovered in a neighbor’s garden in Croydon, South London, back on February 22.

Literally, hundreds of cats have lost their lives in a similar way since 2014, with the bulk of the deaths being around Kent, Surrey and South London. 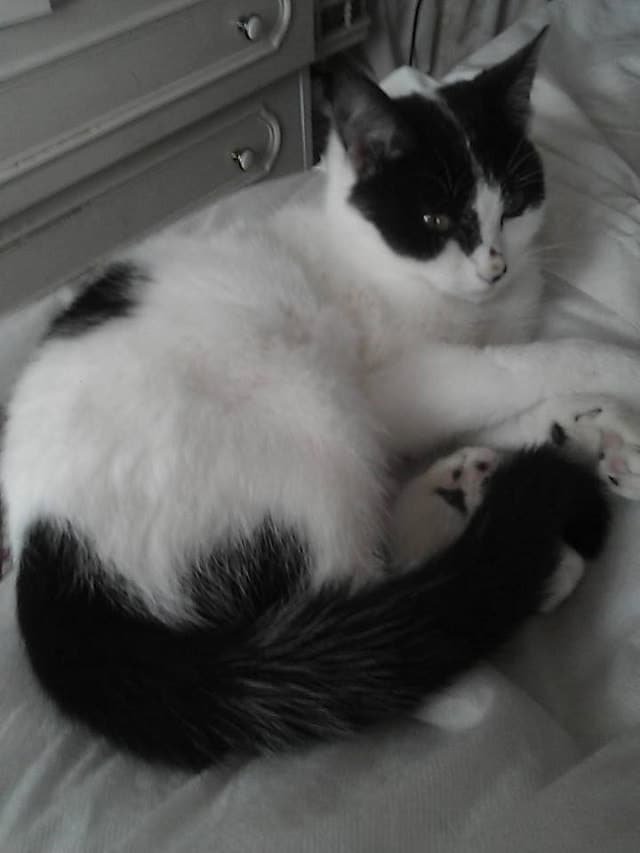 The boy’s mother, whose name is Mary, wrote on Facebook: ‘Totally heartbroken and devastated to find my 8mth old kitten beheaded tonight in a neighbor’s garden.

‘No words can express how I feel leaves a hole in my heart. rip my beloved baby.

‘Son has just collapsed and ambulance takin him to hospital because of this. I think this is one of the toughest things I have ever had to deal with, we still don’t have her head.’

It is feared that whoever the perpetrator is behind the deaths is keeping body parts as ‘trophies’ for his kills.

South Norwood Animal Rescue and Liberty is currently working with the RSPCA and police to track down the killer
Boudicca Rising or SNARL stated recently: ‘We’ve got 170 bodies of cats, foxes and one rabbit that look like they are linked, 37 bodies have been confirmed through post-mortem.

‘The killer uses maximum upsetting levels. There are a couple where they’ve left bodies near schools and school grounds.

‘They’re quite risk adverse. They know what residential areas are all about.’

Detective Sergeant Andy Collin, who is the person leading the investigation, said that cats were attacked with a sharp blade, believed to be a machete or a knife and that it was ‘very likely’ they had indeed been killed by the same person.

DS Collin, speaking recently, stated no forensic evidence had so far been found but went on to add: ‘I’ve got absolutely no doubt that as a team we’ll find the killer.

‘We’ll get there, but it is ridiculously hard to investigate.’