This lucky cat is accounted for!

It took about three days, but a cat, named Cat t, was discovered safe after a fire engulfed three homes in Warwickshire, England, just this past Monday.

“Crews from Warwickshire Fire and Rescue Service (Rugby) made a startling discovery this morning when they heard a meowing in the bedroom,” states a blog post from the department.

“On further inspection the crews found the owners beloved cat, aptly named Cat, hiding in the wardrobe, where he has been for the last three days.” 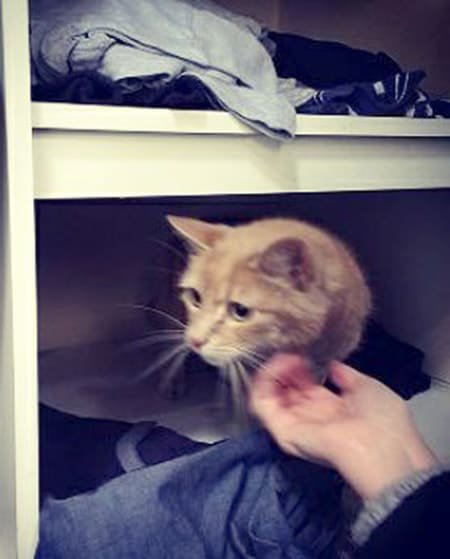 Crews had been helping the homeowners, Steve and Shona, in recovering personal items following the house fire, which took hold of three properties on Oatland Drive in Rugby on Friday.

The kitty is indeed lucky to be alive and is apparently being pampered by his people now that he’s safe.

“The owners were clearly overjoyed to find him as they thought he had run off during the fire,” the post said. “Despite everything Cat appeared to be in good health and is none the worse for his ordeal. He is now back with his owners being suitably spoilt.”