UNITED KINGDOM – A cat is extremely lucky to still be alive after it sustained a broken leg, pelvis and tail after becoming stuck upside down between a wall and a storage container.

Just earlier this month DevonLive.com reported that this ginger tom cat became stuck between an 18-ft wall and a heavy storage container in Bideford.

Firefighters from Bideford and Diana Lewis from North Devon Animal Ambulance were called to the scene after members of the public heard a cat “crying”.

The cat could only be seen at all when leaning over the wall and had landed upside down between the narrow gap. 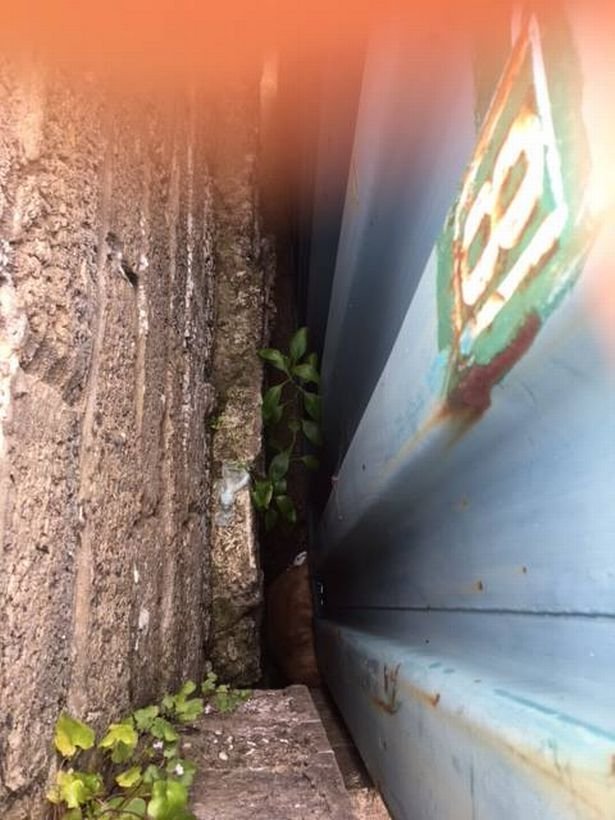 After wonderful team effort of retrieving the cat Diana whisked it to Torbridge vets, for treatment. He was found to have a broken leg, his pelvis, and also his tail, and was severely dehydrated and hypothermic.

North Devon Animal Ambulance managed to keep their Facebook followers up to date with information about the cat’s health.

One of their updates said: “The cat is in a critical condition and is in intensive care.

“The vets are doing all they can, and it will continue to be monitored. It is possible it has sustained spinal or brain damage. Rest assured everything that can be done, will be done to save this cat.”

The cat, who has now been called Lucky, is now being cared from by a trustee of North Devon Animal Ambulance. 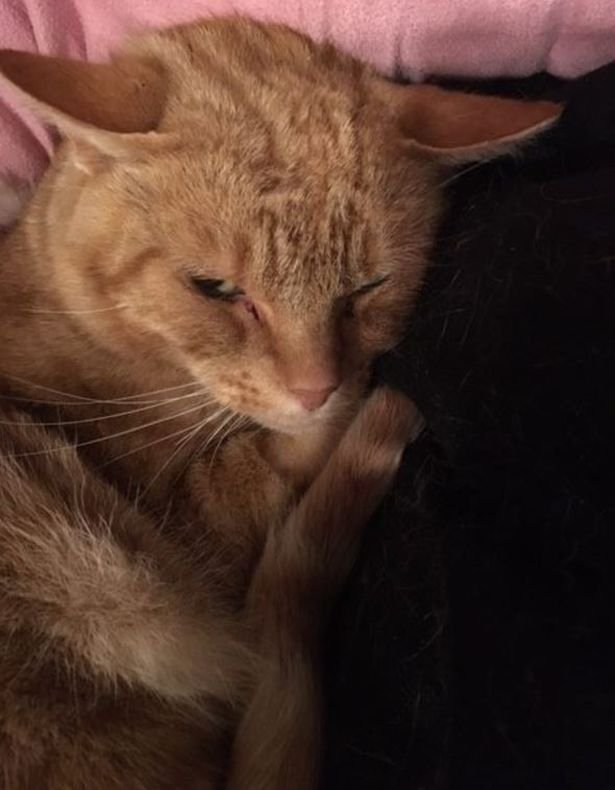 Another update stated: “He has a long road to recovery from his extensive injuries, but he is a fighter, and we feel more hopeful that he will make a full recovery.

“Lucky is now more active, and is eating okay and drinking goat milk, but he is still showing signs that he may have brain damage. He is still being closely monitored.”

The charity then issued another update and posted it from Lucky’s point of view.

The statement stated: “Hello, My name is Lucky. Please excuse the poor quality photo but I am not at my best at the moment. 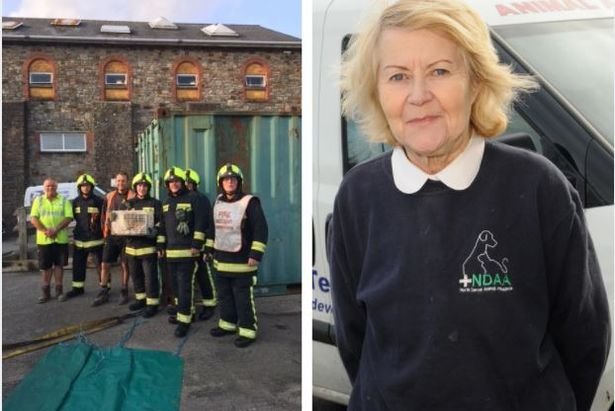 “I am the cat that slipped off a wall and got wedged between a wall and a shipping container.

“I nearly died that day, but thankfully some nice gentlemen heard me crying and called for help.

“This lovely lady came along and she fetched some big strong men with big machines, and they managed to get me out.

“I am very grateful to everyone that helped get me out, as I really thought I was going to die and stay forever in that horrid place, I thought I would never see a nice warm bed again.”

The cat is currently being nursed back to heath.

The statement went on to say: “I had a nasty knock on the head and I got a bit confused, I have also got a broken leg.

“I cant remember what my name was before, or if I ever had one, but the lady who looks after me now keeps telling me I am a lucky boy.”

What a very lucky boy indeed!