Having cats in the workplace truly sounds like a win-win for everybody.

The Japanese IT firm called Ferray has officially introduced an “office cat” policy to combat the stressful environment of the Japanese workplace.

A total of nine fur friends are allowed to freely roam around in the office and do whatever their little hearts desire. 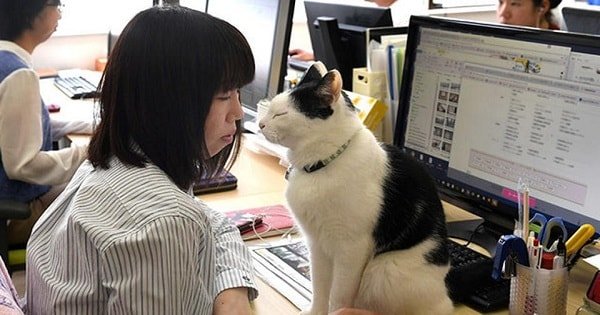 Hidenobu Fukuda, who heads the firm, introduced the famous kitty policy back in 2000 upon request from one of his employees, allowing staffers to bring their own kitties to work. He agreed, and ever since that time he allows any employee to bring in their trusted companions.

Eri Ito, who works at Ferray, stated she is sold on the animal’s soothing ways.

Not only does Fukuda encourage bringing cats to the job, but he also encourages rescues from Japan’s over populated shelters/streets. 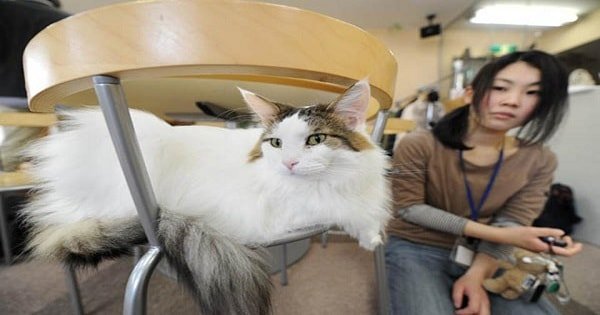 While the pros totally and completely outweigh the cons, there is still some obstacles.

“Sometimes a cat will walk on a phone and cut off the call, or they shut down the computers by walking onto the off switch,” he stated.

Still, cats in the workplace have been a tremendous success for his employees, and the cats as well. The policy has actually lead to various other companies to do the same, and let’s not forget the 60 registered cat cafes that are popping up on every street.

Just goes to show you cats truly do make everything better.