COLORADO – A cat who was in peril found herself a couple guardian angels.

The kitty somehow got caught in a fence late Monday night. A neighbor found her hanging by a paw upside down.

“The poor cat…had been there for about an hour,” stated Officer Alethea Nolen with the Humane Society of the Pikes Peak Region (HSPPR). The animal law enforcement officer got the call at midnight.

“I wasn’t able to handle her because she was scared and in a lot of pain,” Nolen went on to explain. “I ended up catching her under arms, and I lifted her up enough for the Good Samaritan who called us to bend the wood slats apart enough for us to pull her foot out.” 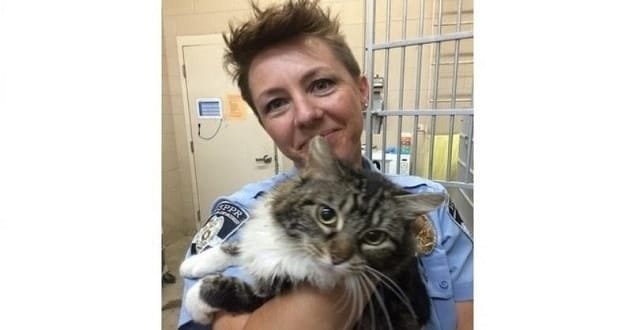 The cat was rushed to HSPPR’s veterinary clinic, where a good team of veterinarians got to work treating her injuries. Her back toe had to be amputated. The humane society claims it was almost gone when Nolen found her.

The veterinary team is now continuing to monitor Picket to make absolutely sure she’s recovering.

Fittingly named “Picket,” HSPPR says the cat’s personality is already shining on through, despite the ordeal.

“She is friendly and chatty, and she loves getting visitors to her kennel. She doesn’t always like being held, but she loves getting head scratches from her special people,” HSPPR stated in a statement Tuesday.

Now, who was it that said cats don’t have nine lives?