LINCOLN SQUARE, CHICAGO — Just to reassure you, the readers, at the outset, this story about a missing cat does has a happy ending.

However, the saga started with a tabby named Graham busting out of an open, second-story window, dropping to the sidewalk below and making a run for it while his owners slept.

When Max Bever and Michael Mutolo woke up just last Sunday morning, they immediately noticed they were a cat short of their usual pair (Graham has a brother, Neko). A telltale piece of flapping window screen provided their very first clue that Graham likely wasn’t hiding anywhere inside their condo. 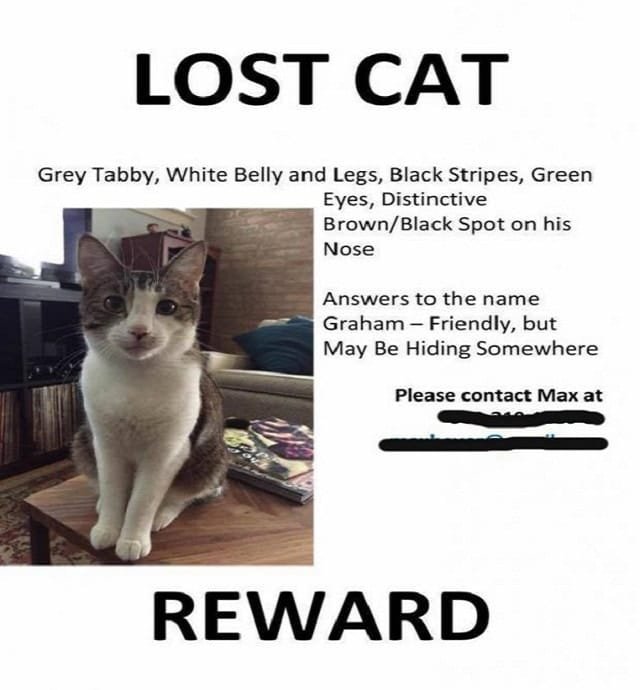 And so, they immediately grabbed a bag of cat treats, hopped on their bikes and conducted a search of the area around their home near Rockwell and Lawrence.

Graham did not re-appear.

As a bit of panic set in, the steps the two took next in their real-life “Finding Dory” provide a blueprint of sorts for cat owners who might find themselves in similar straits.

After contacting their microchip company to report Graham lost, the couple then decided to blanket a four-block radius with flyers, and Mutolo immediately posted the cat’s photo and the details surrounding his disappearance to a neighborhood Facebook page. 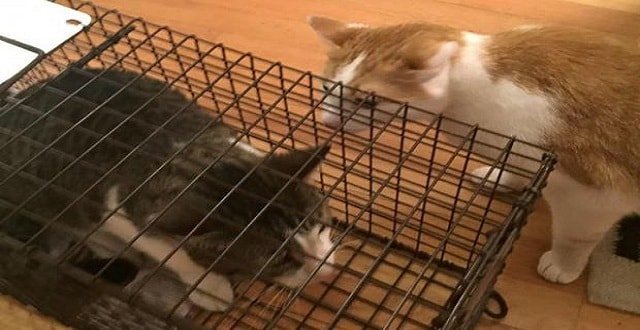 Graham back home with his brother Neko. [Max Bever]

This proved to be a smart move. According to a tip sheet posted on the website of the cat rescue organization Tree House, “Most lost cats who have always lived indoors will not go far from home.”

More often than not, cats will hide out under a neighbor’s porch, in a bush or a car, keeping still and quiet.

Pet owners’ instincts may be to cast as wide a net as humanly possible for a lost cat, but in keeping their search super-local, Bever and Mutolo were reaching the people with the greatest likelihood of spying Graham.

“[Facebook] was the group we credit for our first sighting,” Bever explained of the key role social media played in the hunt for Graham. “We knew he was nearby.”

Then, on Monday night, the two came this/close to catching Graham, whose wanderings brought him close to home, but the quicksilver feline eluded their grasp, bolting as they approached.

Not a very smart move: Bever and Mutolo were thinking more like dogs, not cats.

Unlike their canine counterparts, cats rarely respond to human commands, even under the best of circumstances, much less a stressed-out puss like Graham.

After researching cat behavior, the two quickly learned that Graham likely didn’t even recognize them, and in calling for him, they were frightening him away.

“He freaked out,” Bever stated.

At the suggestion of some neighbors, the couple investigated the use of humane traps to safely capture Graham, who theoretically should’ve been getting hungry enough and thirsty enough to enter their snare.

Bever and Mutolo then obtained a pair of traps, one each from Tree House and PAWS, and covered them in blankets to mimic the type of dark and secretive environment cats favor.

(Yes, humane traps may also lure wild critters like possum and rodents, which is why the recommendation is to monitor them every half-hour or hour.)

To begin with, the two placed Graham’s food in the traps as a lure but were advised to swap it out for something with a stronger odor.

Fresh sardines and Popeyes chicken most certainly did the trick and after three and a half days on the lam, Graham entered one of the traps and is now safely back home and acting as if nothing ever happened.

“We really lucked out with the kindness of our neighbors,” stated a grateful Bever. “If there’s a takeaway, it’s hard to stay calm but do the research, talk to neighbors, ask for help.”

All the texts and emails reporting Graham sightings, all the advice from other various pet owners on cat behavior, made all the difference, he said.

“Cute animals unite everybody,” Bever stated. “The work Mike [Mutolo] did on social media broke through. It was something where people said, ‘This is local, I can do something.'”

Perhaps the most important lesson here? The two learned from the ordeal: All the escape routes — windows — are closed in the couple’s condo and the air conditioning is on. 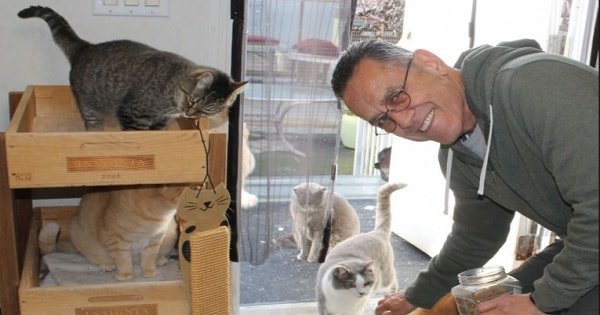 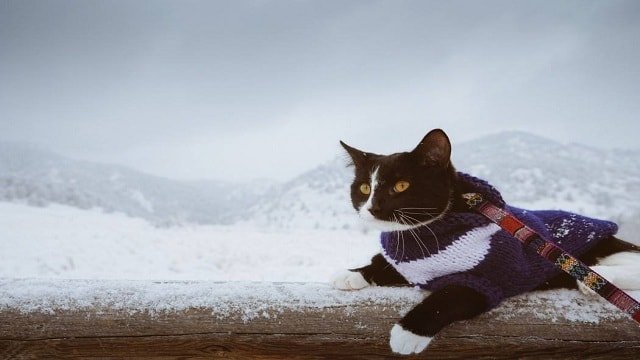 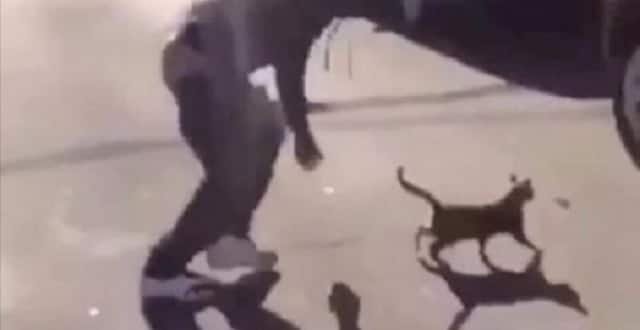 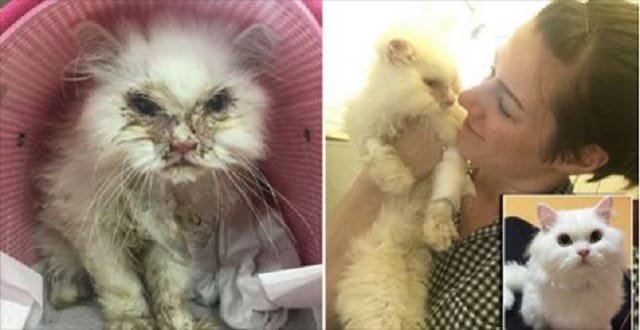 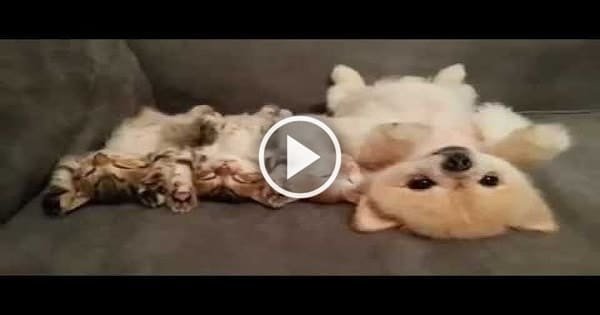 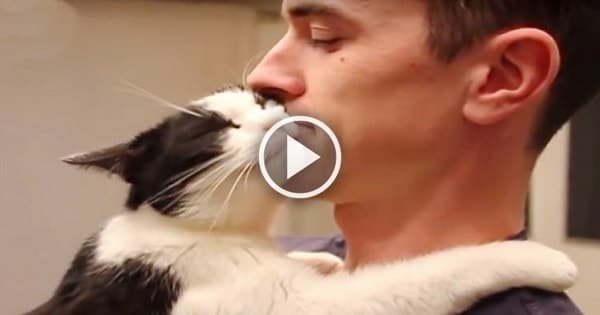