ENGLAND – A kitten who cheated death is now said to be ‘doing really well’ after being found abandoned in a service station.

At the end of August, the four new-born kittens were simply dumped in a box at Taunton Deane Service Station on the M5. The kittens were merely newborns with umbilical cords still attached, and the box contained nothing but tissue paper.

Sadly, only one of the kitties survived – but he has been named ‘Champ’ by staff at Animals In Distress in Ipplepen.

A box containing the fur babies was found by a man who was moving house from Taunton to Berry Pomeroy and stopped off t the service station to fill up his car with petrol. The man found the kittens and them drove them all to Animals in Distress in Ipplepen. 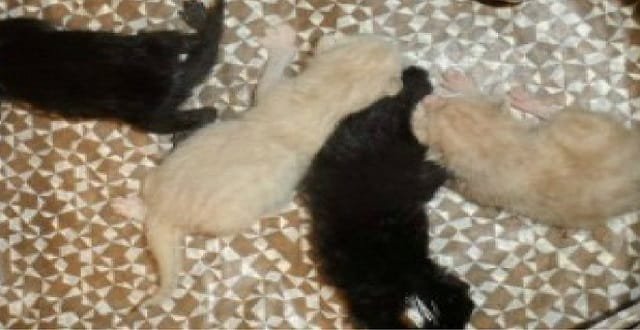 The cattery staff at the Rescue Centre had been looking after the kittens around the clock ever since, feeding and cleaning them every two hours through the day and night.

As newly born kittens first get fed from their mother, they get colostrum from the mother’s milk which contains antibodies to protect them from various diseases. If they don’t get that immunity that nature intended them to have, then they often do not survive.

Despite the very best efforts of all of the cattery staff who had been nursing the kittens day and night, the Rescue Centre did lose three of the kittens in their second week. The little ones each caught an infection, and couldn’t fight it as they had no immunity. 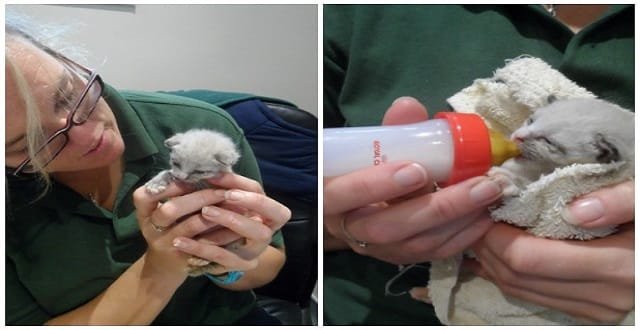 Champ is the remaining one kitten, and although staff at the Rescue Centre say that he is still battling for his life, they have confirmed that he has been bright and active for the last couple of days.

A spokesperson from Animals In Distress stated: “He is literally battling for his life at the moment and we are all rooting for this little guy. He has been very poorly, but he is looking a little brighter and is feeding well.

“Champ has a lovely loud purr, and has just discovered how to work his little legs and has set about exploring. He loves cuddles, and likes to groom his human friends by licking them on the chin. He is in the best possible hands, and all the staff at the Rescue Centre are hoping and praying that he will pull through.

“The ladies that take him home at night don’t get much sleep, as he spends a lot of time awake mewing for food and cuddles.

“However we still have to say that he’s not out of the woods yet – when kittens have been taken from their mother, it still could go either way. But we have everything crossed for him.”

We here at The Best Cat Page wish Champ the best!