Most cats shudder terribly at the very idea of taking a long hot shower.

However, not Crystal, Scotland’s daftest cat, who absolutely LOVES a lengthy soak.

The foolhardy feline amazed even her owner, Andria Walker from Paisley, after she ran into the bathroom and jumped in the shower while the Renfrewshire social care worker nipped out to grab a towel.

Amused Andria has since uploaded loads of clips of her cat loving every minute under the water. 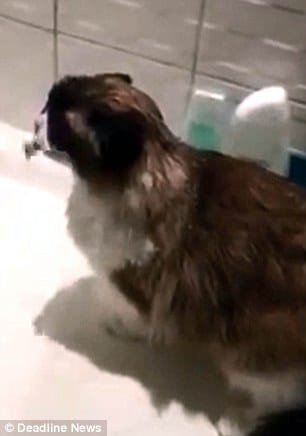 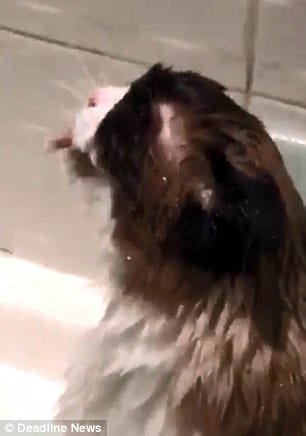 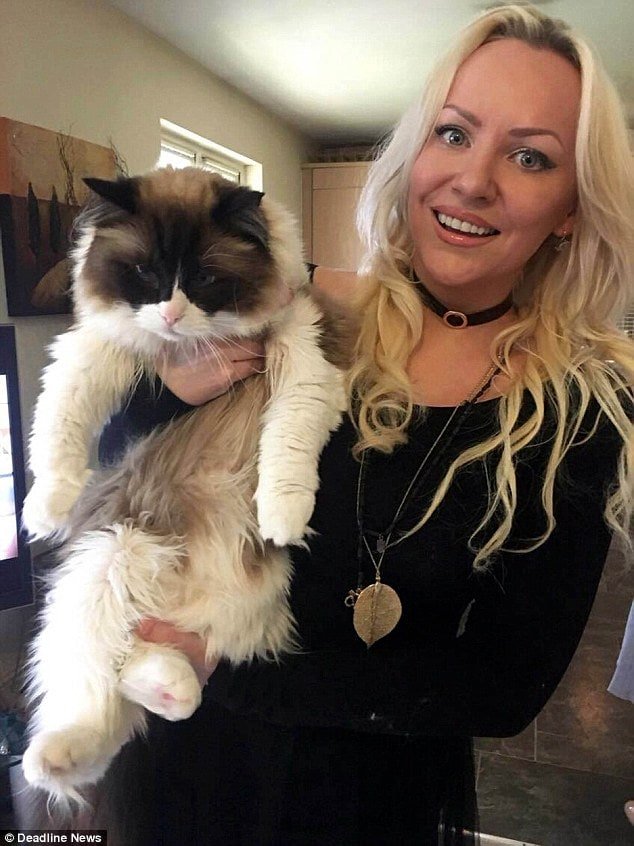 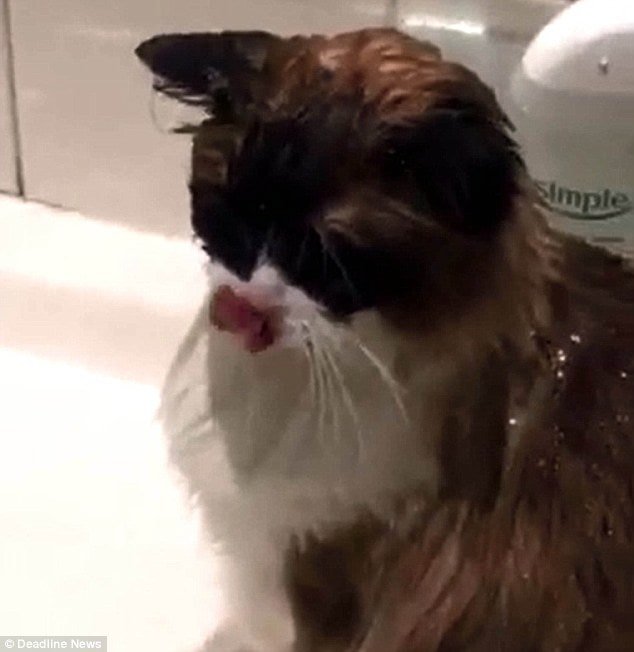 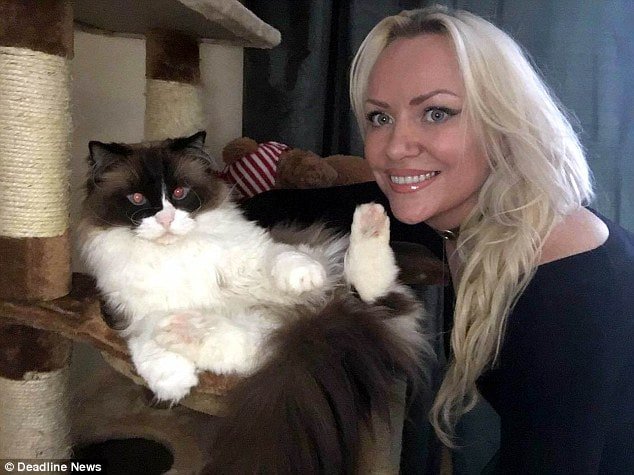 In them Crystal, aged only seven, also enjoys sticking out her tongue to catch droplets in her mouth.

Her 38-year-old owner is completely baffled by her actions, and her other two cats called Harley and Peaches, who both come from the same litter, hate the water like normal felines.

Andria, who lives with her husband John, 42, stated: ‘She’s always been interested in the shower but she never went in. She’d been inching closer and closer.

‘Last week I went to get towels and stuff and she was right in. It’s basically every morning now – it’s crazy.’

Crystal is simply obsessed with water said the part-time actress, and always like to be soaked by the end of the shower.

‘I took the video the first time and she’s done it every day since. She’s really relaxed, she loves it,’ she said.

She likes it warm. She’ll not go in until it heats up – it takes about 30 seconds.
After her shower Crystal is then wrapped up in a towel, which takes ‘ages drying her off’ said Andria.

Ragdoll cats have a very docile and friendly temperament which makes them seem floppy when picked up. 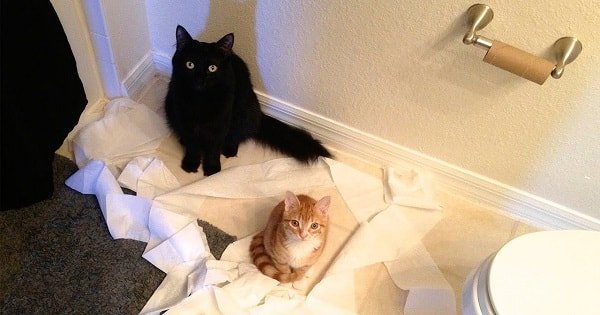 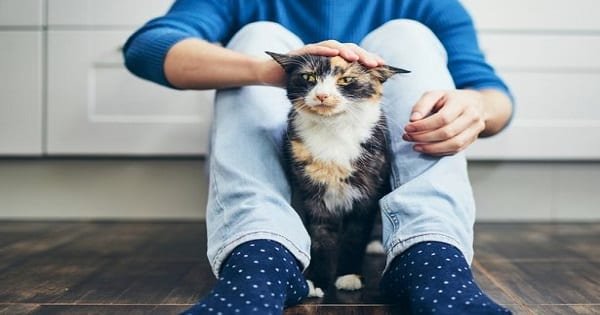 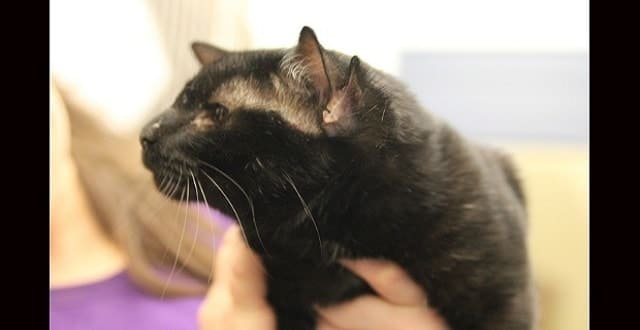 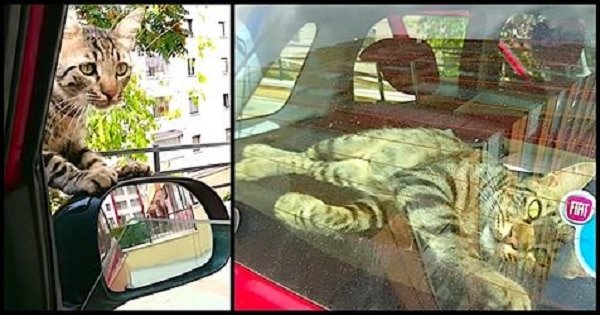 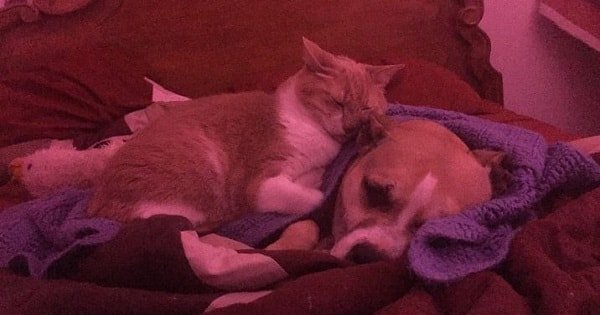 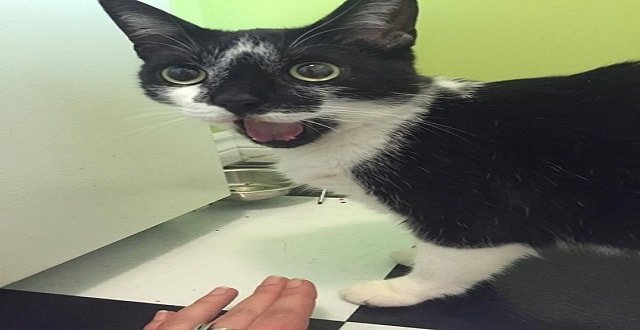