RUSSIA – This is the intense moment a cat tumbled from the muffler of a car and narrowly missed being hit by another. 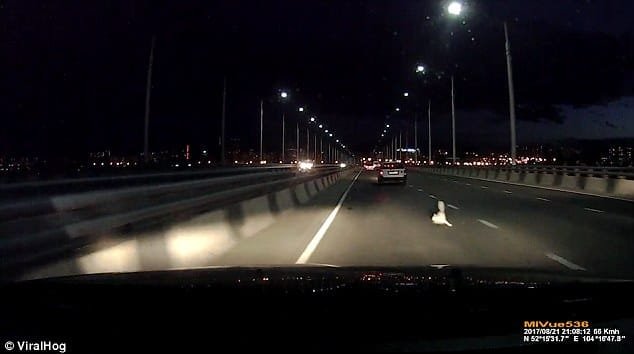 The clip clearly shows the white cat hanging out of a car’s rear on a road in Irkutsk, Russia, as a woman is heard gasping in the vehicle from which the video was being filmed. 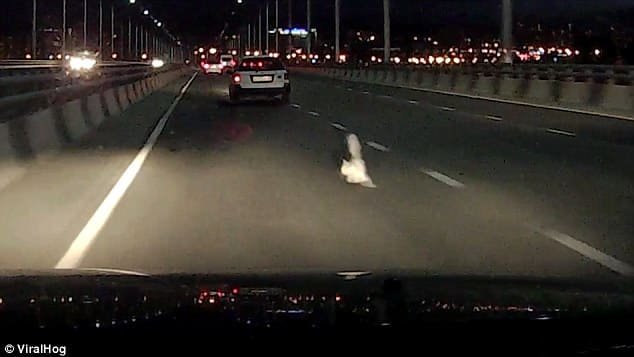 The cat then falls into the road meters and scrambles frantically as a man can be heard panicking.

Luckily, the quick-thinking driver managed to swerve out of the animal’s way. 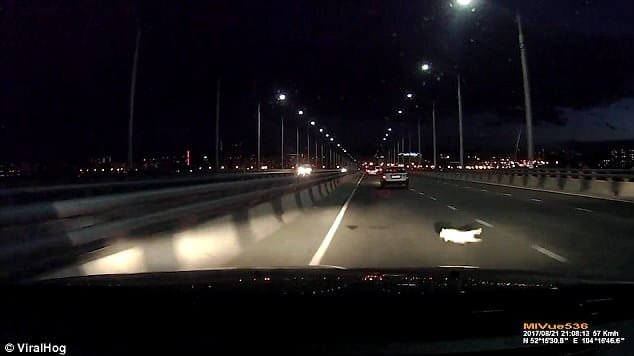 The cat’s close call was shown in shocking slow-motion in a clip on YouTube, where one of the people behind the camera went on to explain that the cat was rescued from the road soon after the incident on August 21.

‘A car passed us that had something white hanging under it that looked similar to a package.

‘It turned out to be a cat that had been sitting on the muffler of the vehicle. It fell off the moving car onto the road. Miraculously it was not crushed.

‘I found it later, hidden between a pillar and the concrete fence. We took it to the veterinarian and were informed that he was healthy with only a bruise.’

Two out of nine lives – GONE!