CALIFORNIA – Police in California had warned local residents of a wild mountain lion, which comically, turned out to be a loose house cat instead.

The San Mateo Police Department shared a message warning residents to be sure and avoid the supposed mountain lion, along with a picture of the animal.

“This alert is to request that residents remain vigilant and contact the police department IMMEDIATELY should the Mountain Lion be sighted again,” the message stated. 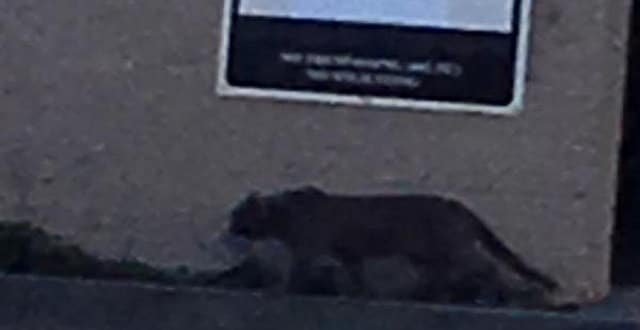 California Department of Fish and Wildlife spokesman Steve Gonzalez explained to SF Gate that after some analysis, the department was able to determine that it was indeed not a mountain lion, but rather a house cat.

“It wasn’t a mountain lion, but I think it’s good to be cautious,” Gonzalez stated.

He confirmed that the department is now “100 percent” sure that the animal was a domestic cat, judging by its size in relation to the sign that was in the background.

“Typically cats are kind of smaller,” Gonzalez stated. “The time of day made it look a little more ominous.”

Always good to be safe and not sorry!