A son decided to share the heart-warming moment he gave his mother a robot cat after she had to give up her pet cat of nine years.

Virginia Smith, who suffers from mild dementia as well as mobility problems and needs 24-hour care, had owned cats for as long as her son James Allen Smith could even remember.

However, two years ago, following the death of their father, James and his brother realized Virginia’s health was deteriorating. In the beginning, she was in assisted living facilities, but eventually moved into an adult family home in Seattle – and sadly the 81-year-old was forced to leave her cat with her son back in Texas. 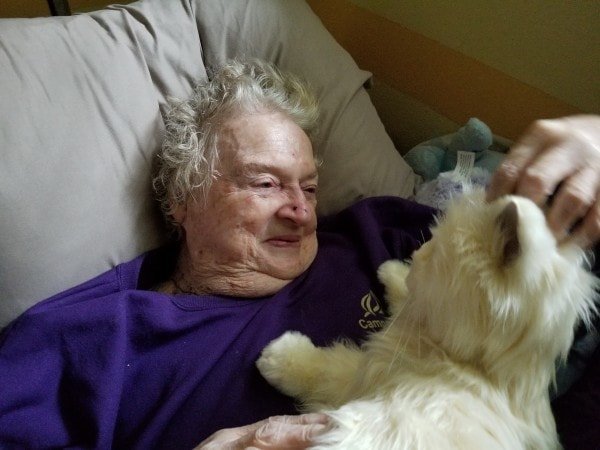 “It was incredibly difficult for her,” explained James. “We were looking into assisted living facilities that allowed for cats but we found quickly that she was already giving them a real run for their money just on her own, and then adding a cat into the mix was going to make it impossible.”

James went on to say: “She’s just super, super connected to cats. Nearly every time we’ve talked over the last year and a half she’s mentioned in one way or another that she would really love to be able to have a cat.”

So, when Virginia’s birthday arrived this year, James joked to his wife they should purchase his mother a cat. He admitted they started googling robot cats “almost as a joke” but discovered that Hasbro makes them for around $100 (£77). 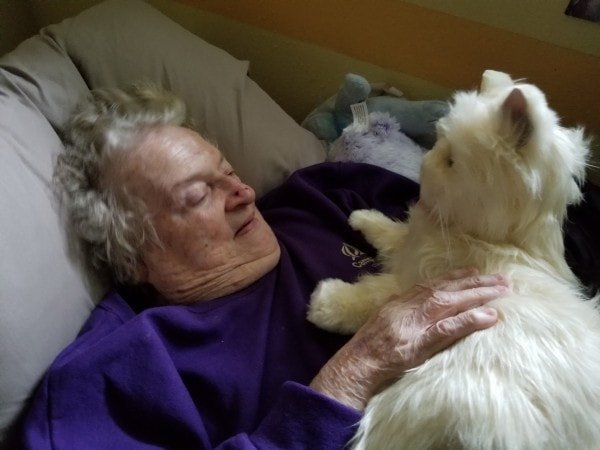 “It’s hers, it moves, it’s super responsive so I was just really excited to see it,” stated James about handing over the toy to his mum.

And James stated that Virginia’s instantaneous connection with the robot cat was “fantastic” to see.

“I started rolling within 20 seconds of handing her the cat and to see her expression on her face, to see her looking at it instantaneously as if it was a real cat, kind of made my heart melt.

“It was just a look that I hadn’t seen on her face for a really long time, so it was really moving and totally amazing.”

While Virginia has only had the cat for one day, James is assured she will continue to love it.

“I spoke to her this morning again and she’s just overjoyed with it still, she said it slept on all night and purred on her belly while she petted it,” he stated.