An adorable tuxedo kitty was discovered in a driveway by a young woman. There kitty’s mama was nowhere to be found. The kitty was clearly frightened and cold. This little fighter wasn’t ready to give up yet though!

She wasn’t alone! She also had a baby brother who was found nearby in a pool shed!

“She and her brother were born under my pool shed. Momma cat never came back for them. I found her screaming her head off for food, then my aunt found her brother 15 minutes later,” Emmy said. Emmy brought them both into her home and did the very best she could to give them the TLC they so desperately needed.

“They were left without being able to eat for so long,” Emmy told Amy of Love Meow.

“They were only a couple days old when we found them.”

Two two little darlings were fed about every two hours and they were finally able to get some good solid sleep in a warm bed that was dressed up with towels and socks. Link’s brother was adopted by a member of Emmy’s family where there are other fur-babies for him to play with!

It only took one day for Link to become friends with Emmy’s other cat named Zelda.

“They cuddle together, play together, and eat together. The only thing they don’t do together is use the litter box,” Emmy told Love Meow. “She loves snuggling before bed, then as soon as bedtime rolls around she’s racing around like a crazed chipmunk on red bull.” 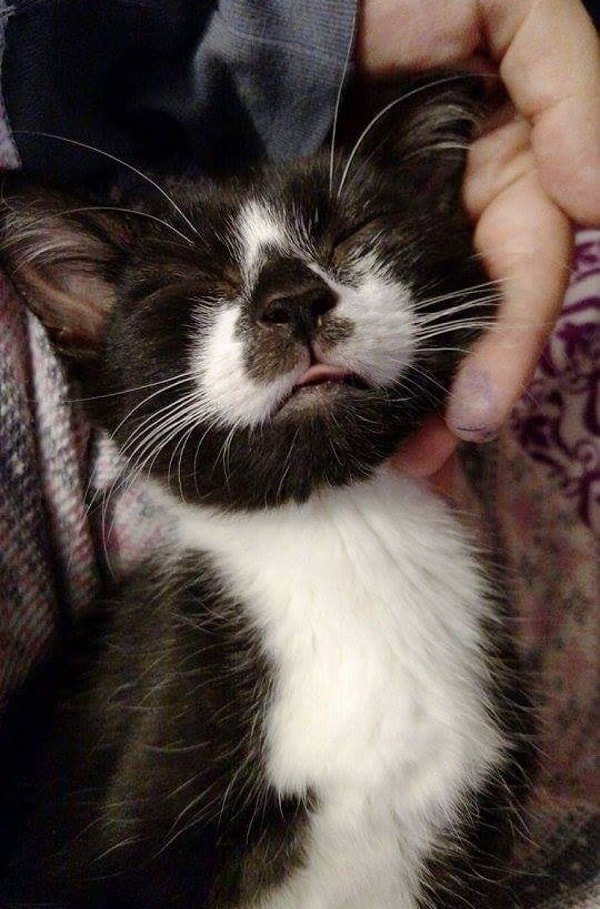 “I was playing with my calligraphy pens when someone interrupted me. Guess I’m waiting til she wakes up.” Somewhere along the line, Zelda’s motherly instincts must have kicked in as she regularly bathes Link until they both fall to sleep! “They’ll come up and watch me write, then after a bit will slowly stretch their neck out and delicately start chewing on the pen or cap that’s in my hand.” 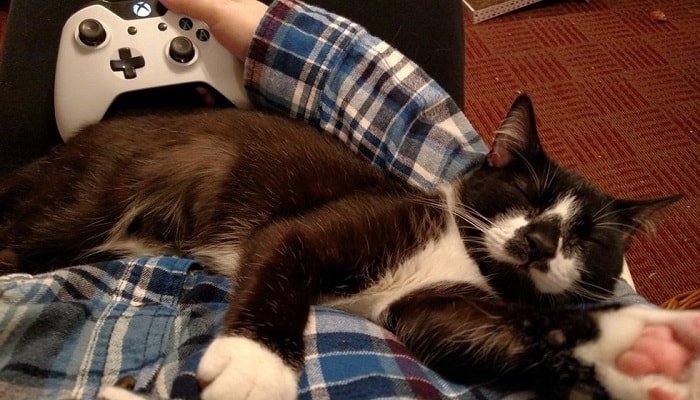 8 months have passed! What a happy family!