Have you ever seen Jasper the eyeless cat on Instagram? The viral sensation has nearly 60,000 fans on the social network (and rising) thanks to his unique appearance.

The sphynx cat doesn’t have both of his eyes. Jasper was adopted when he was 2 years old and was perfectly healthy at the time. A short time after that, he got a corneal ulcer in one of his eyes which led to its removal. It was the only option for Jasper at the time, and his family made the right choice.

A couple of years later, the same happened with Jasper’s other eye. That one was removed too, leaving the beautiful cat blind. Other than that, the 12-year old cat is in perfectly healthy condition.

He’s quite the celebrity too, with tens of thousands of Instagram fans. If you’ve never seen Jasper online, here’s a collection of photos: 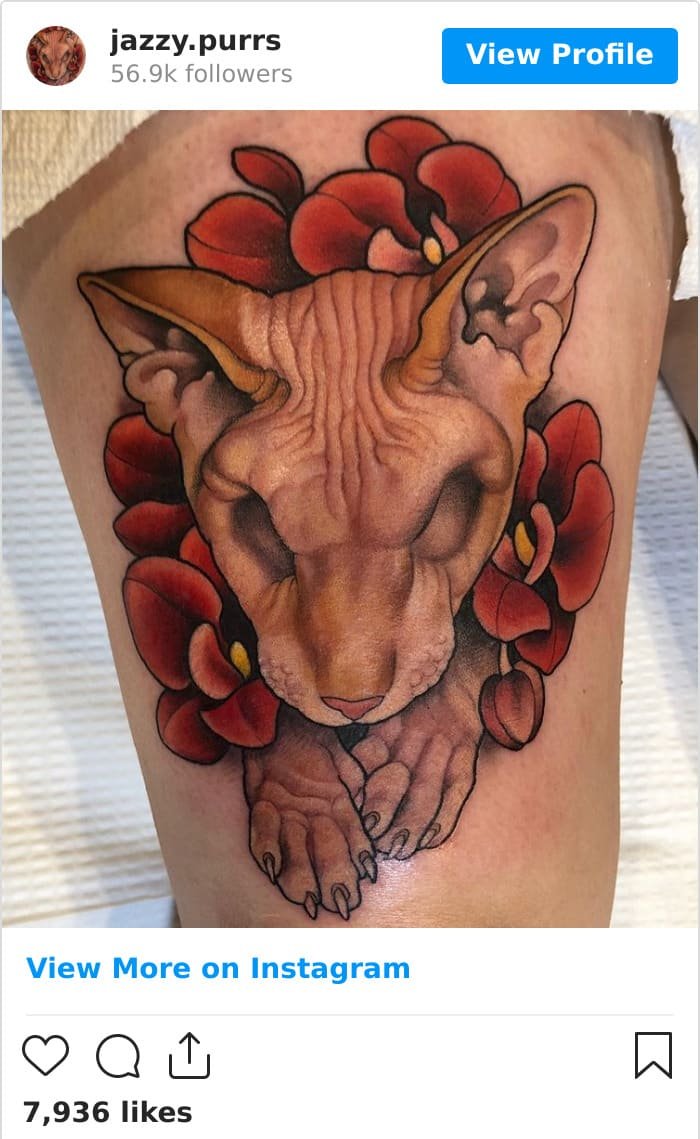 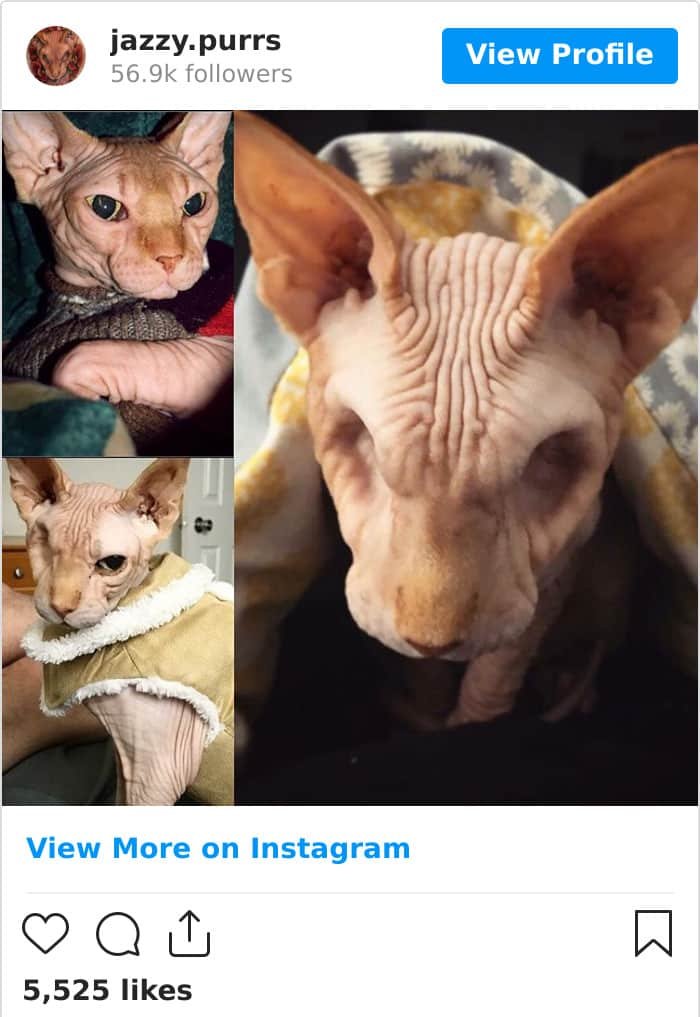 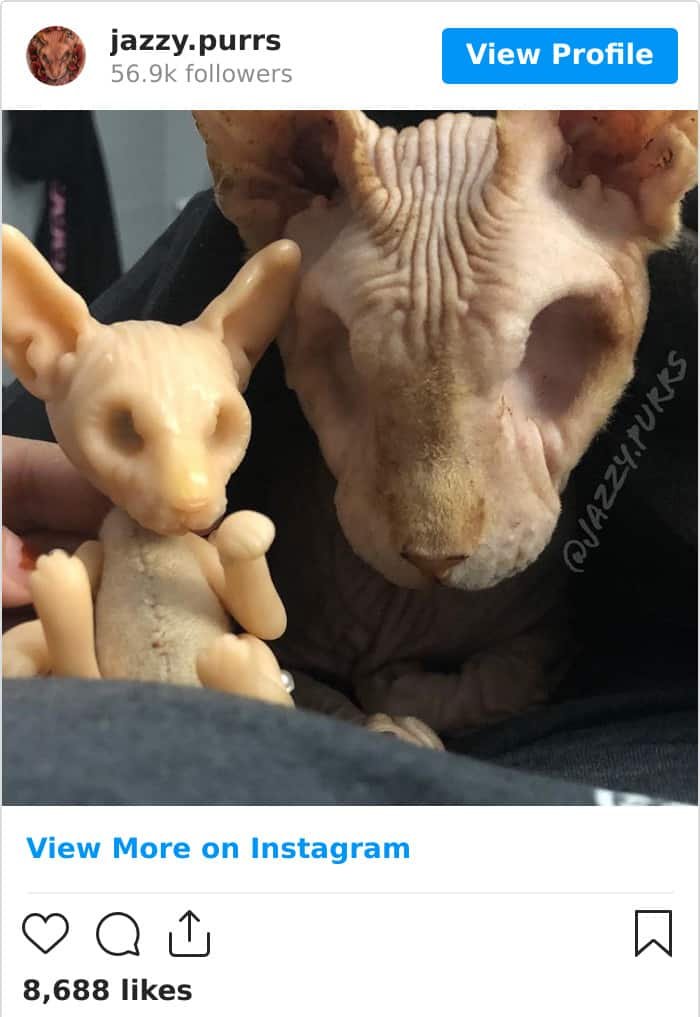 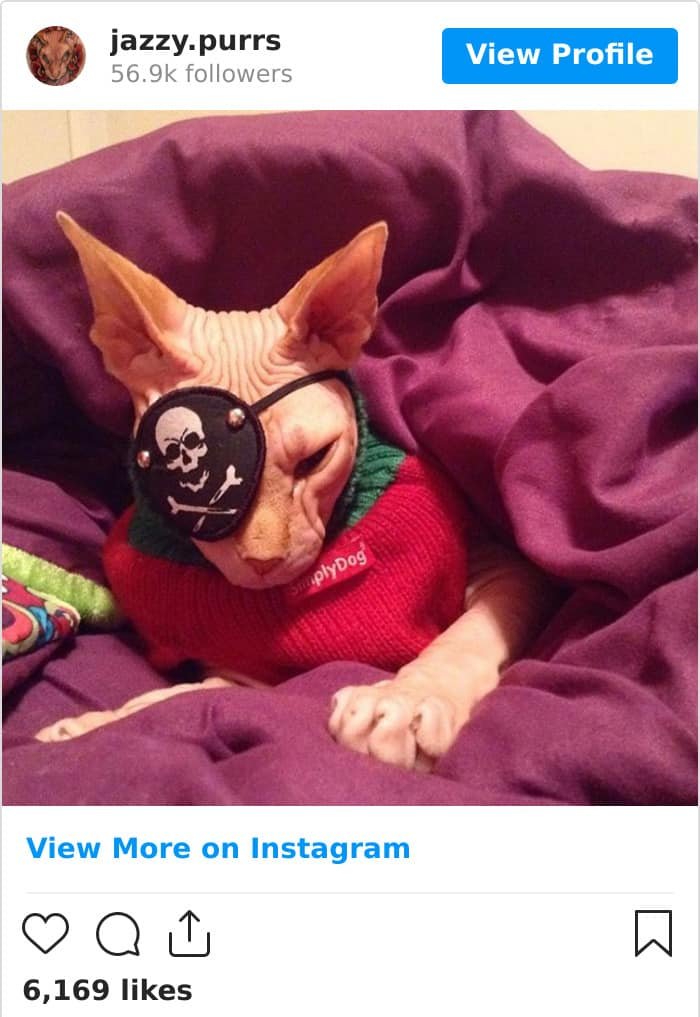 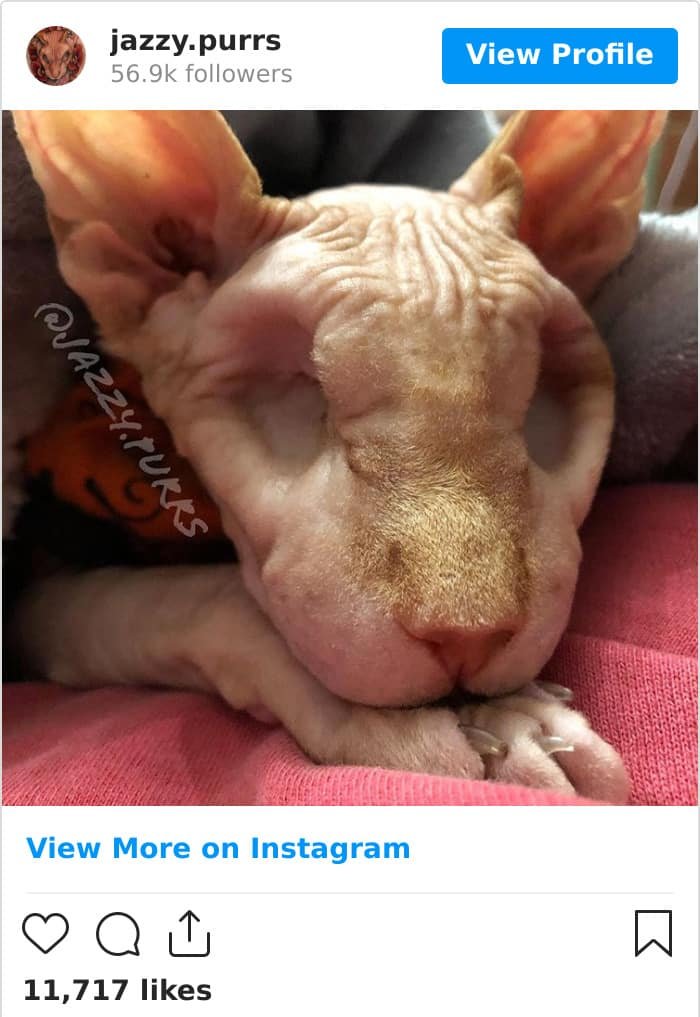 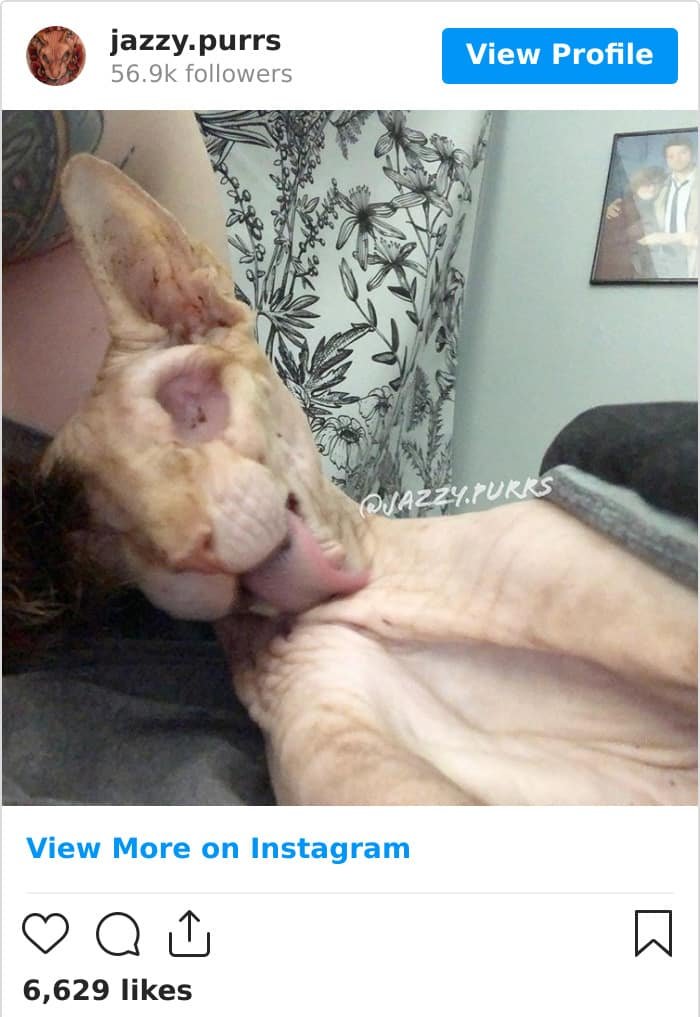 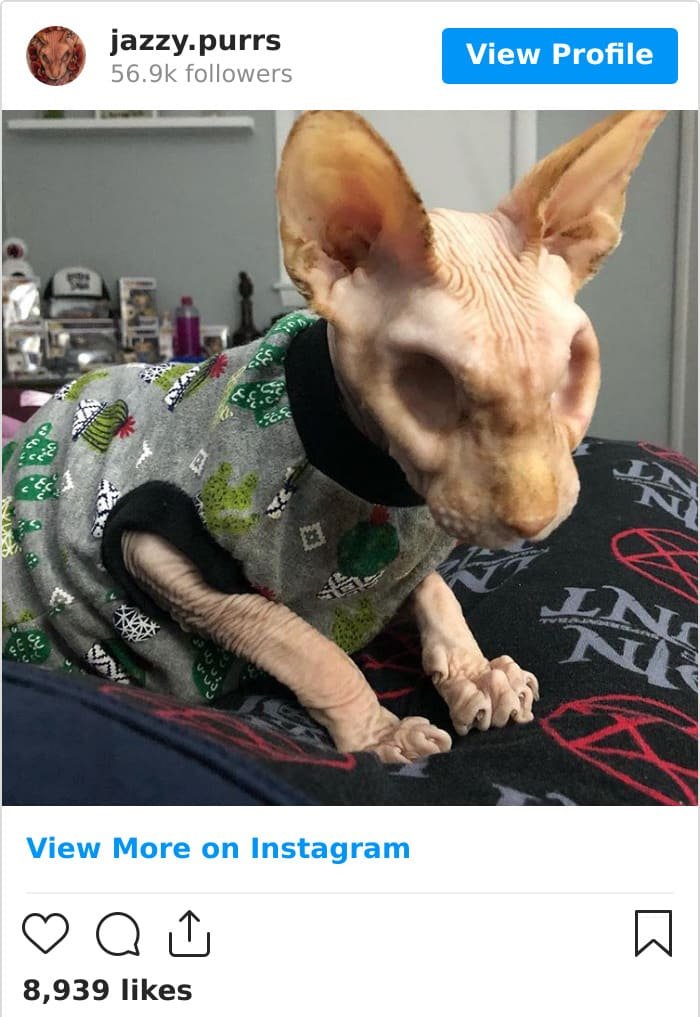 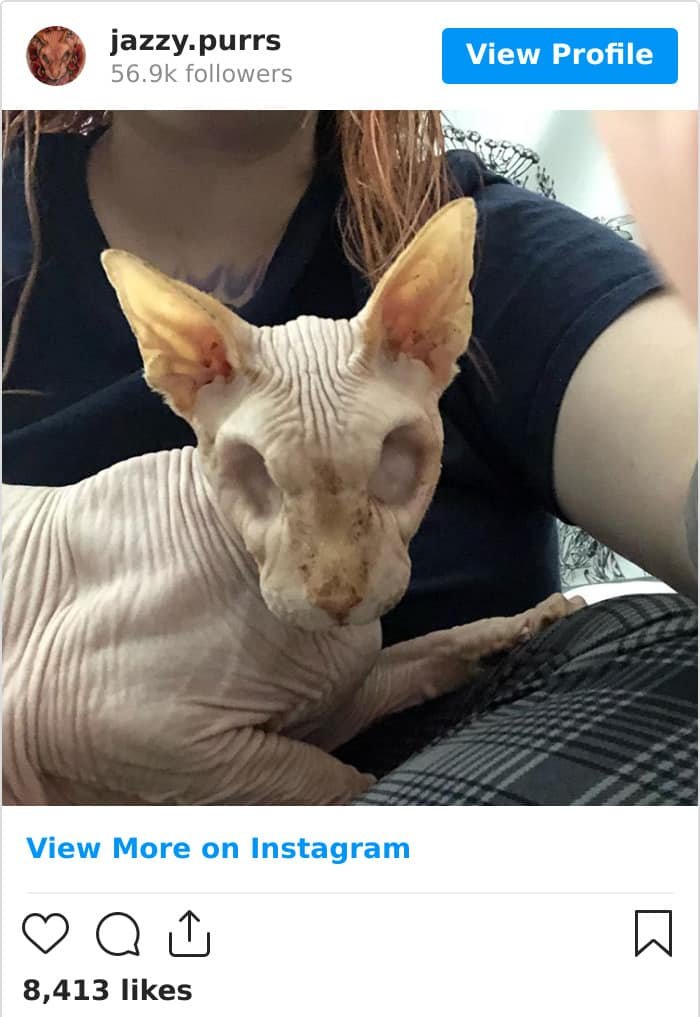 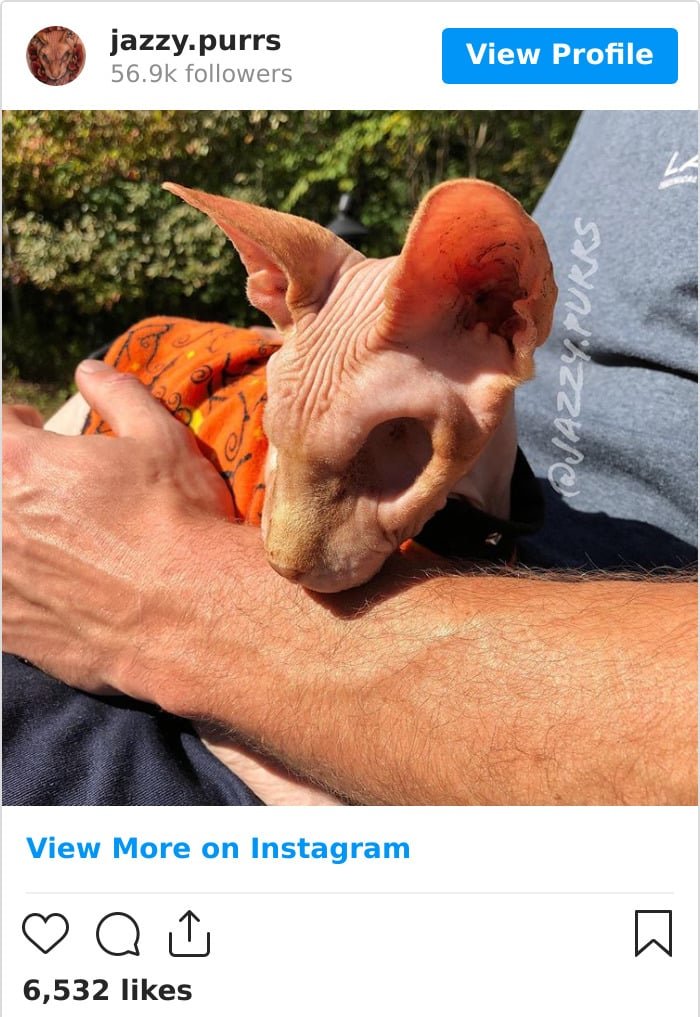 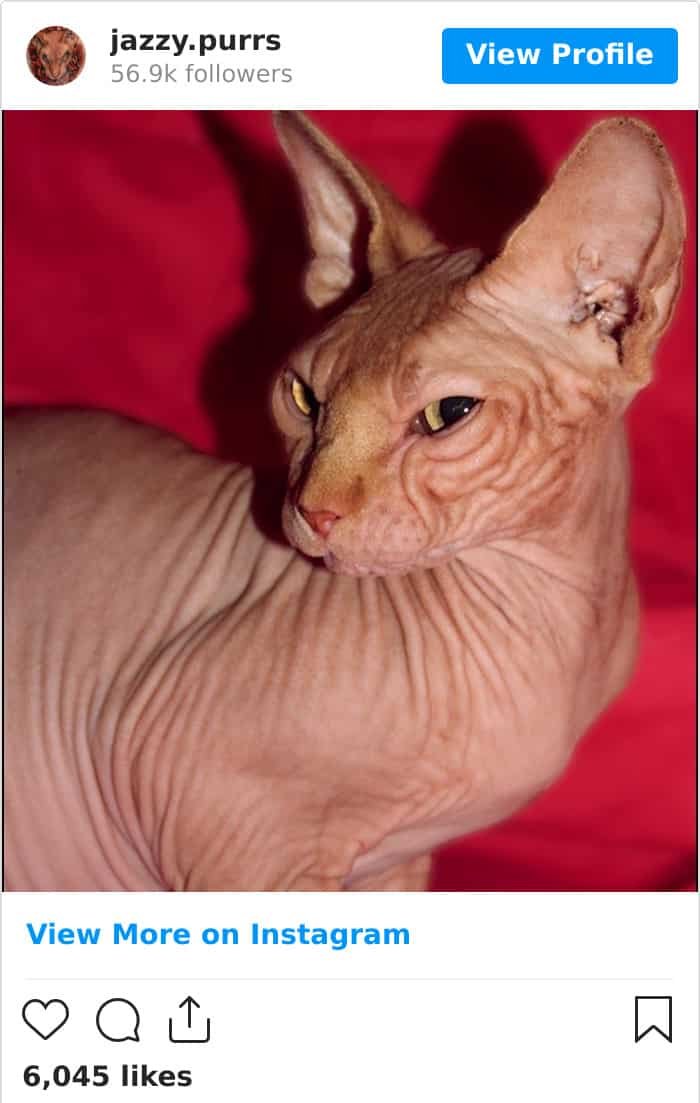