Meerkat (Suricata Suricatta) are wild animals which mostly live in the Kalahari or Namibian desert and other various regions of Africa. It may surprise you that this one is is from up north where there are winters and it gets mighty cold – in Russia. 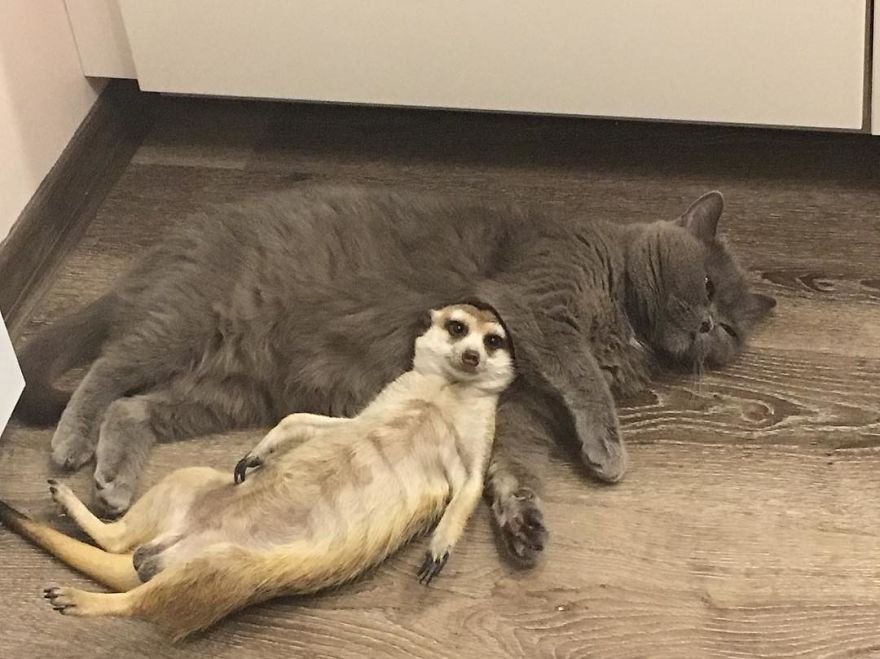 This is why the meerkat in this feature is called Surya – because she is just so special. She is currently living in the home of Ekaterina Kuraeva in St. Petersburg, Florida. Surya was adopted right out of the Moscow zoo. Ekaterina simply didn’t want this precious creature to end up as some “office toy” somewhere. 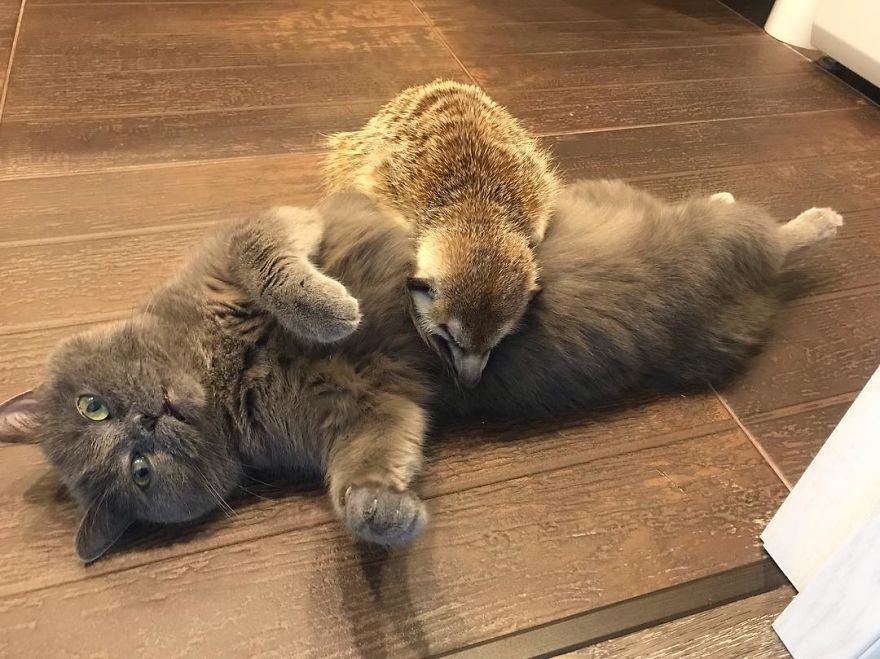 One might surmise that there’s not much to do in Florida home and that it must get pretty boring for meerkat, who is fundamentally a social animal. 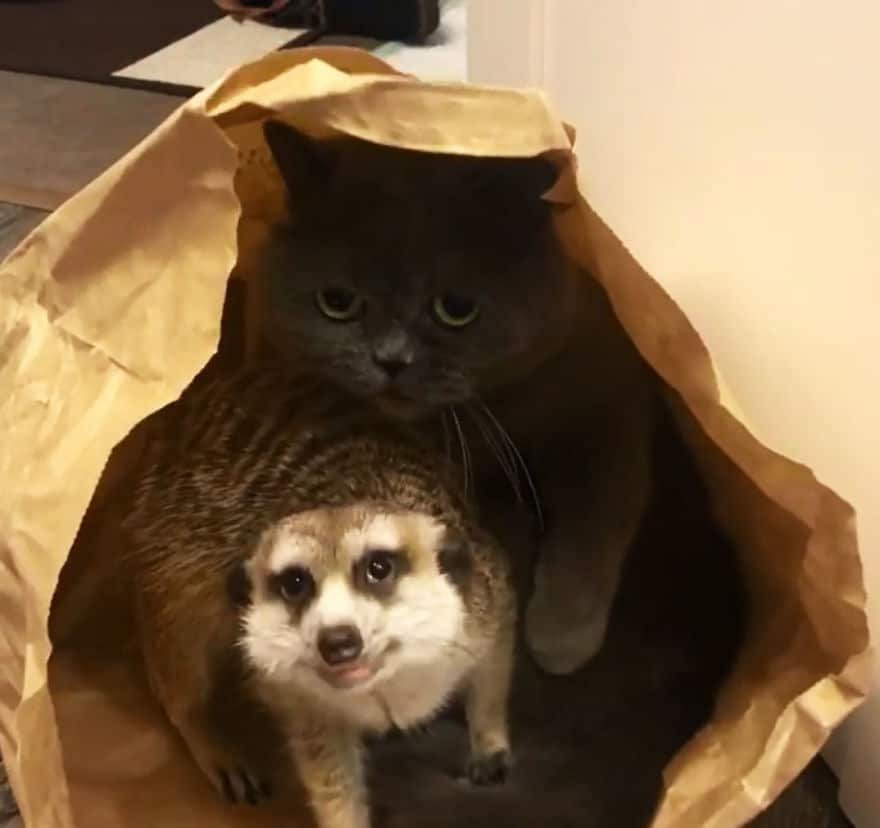 They usually live in what are called clans, mobs, and gangs. Surya, however is not by herself at all. She has a chunky friend named Chartreux named Nice to keep him company. Some might argue that meerkats somewhat resemble cats as they look so feline-like. As a matter of fact, their similarities is why they were named meerkats, or mierkats, which in Dutch and Afrikaans respectively mean “lake cat” and “termite cat.” 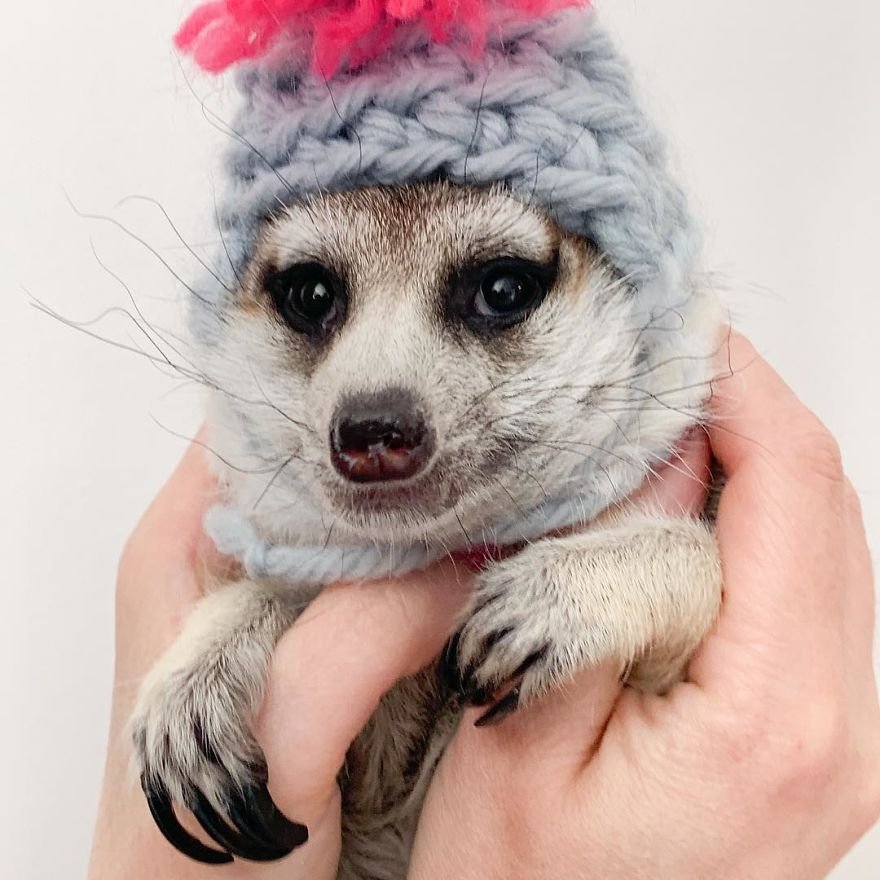 This unlikely pairing became BFFs 6 long years ago when Nice was 2-years-old Surya was just a wee one. The two clicked right from the get-go and they’ve been quite inseparable ever since. 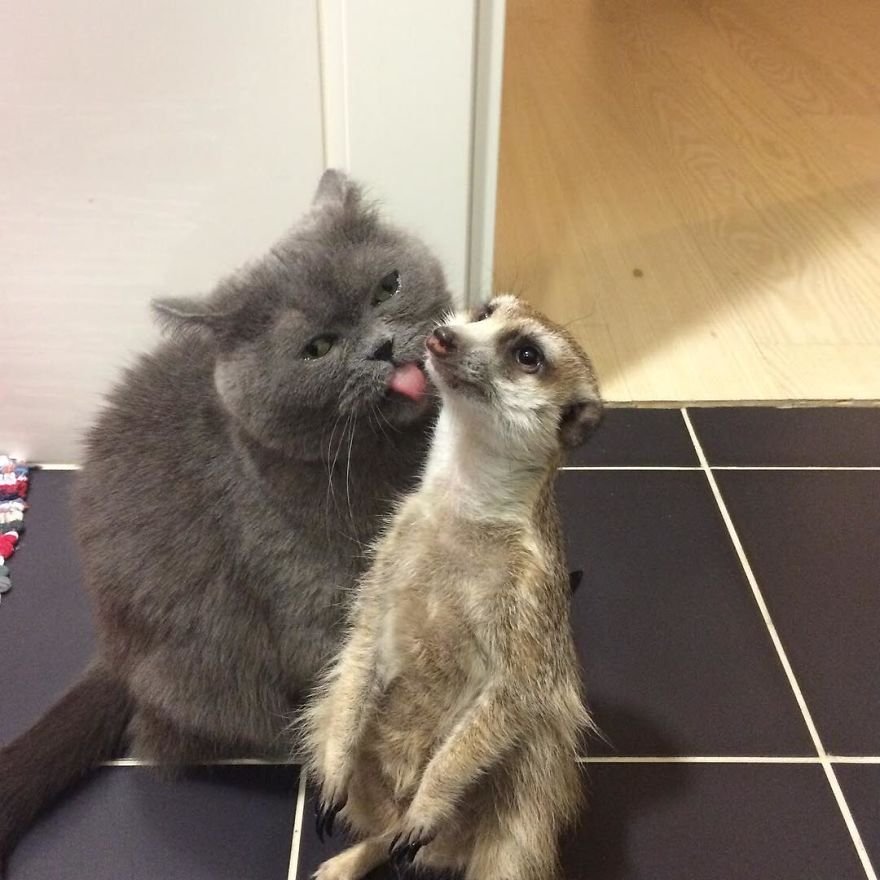 Their Instagram profile is a true testament to this relationship. Surya actually has a needy and affectionate personality. He actually gets a bit jealous if Ekaterina gives too much attention to the cat. Surya will then jump and claw to get Nice away. Nice, on the other hand, is much more peaceful and discrete, yet he’s always more than happy to oblige when Surya needs a bit of TLC. 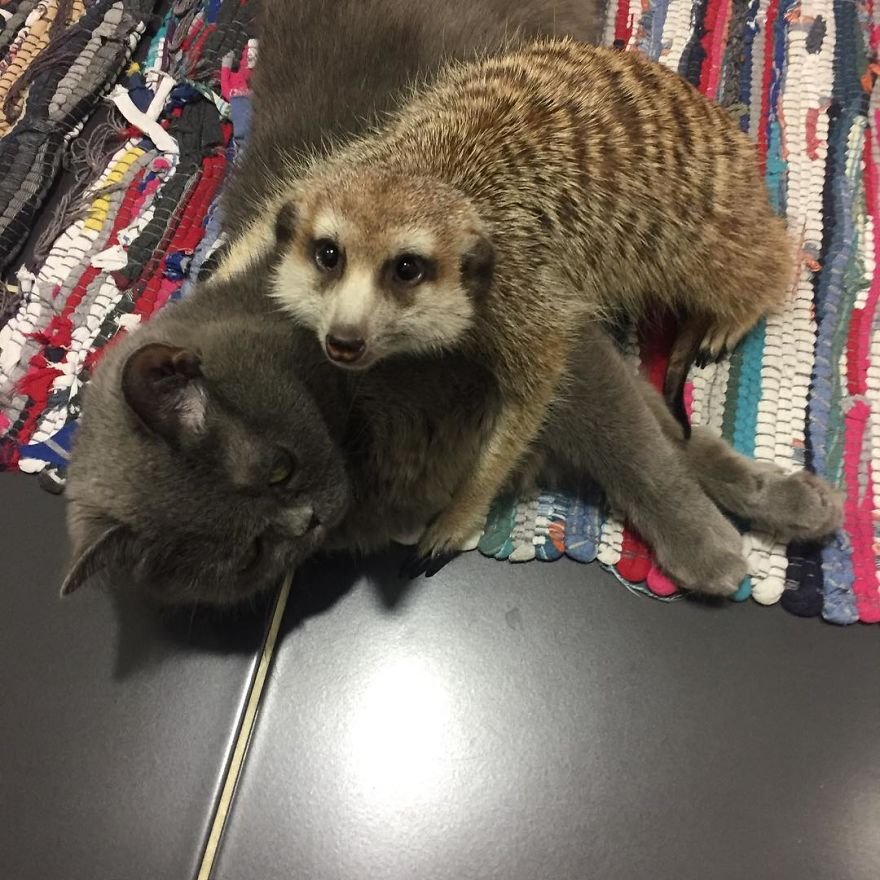 They spend their entire days and nights together as they cuddle, play, nap and hug each other. And while they’re doing all this, they surely make for the most adorable photos and videos you will find anywhere on the internet. 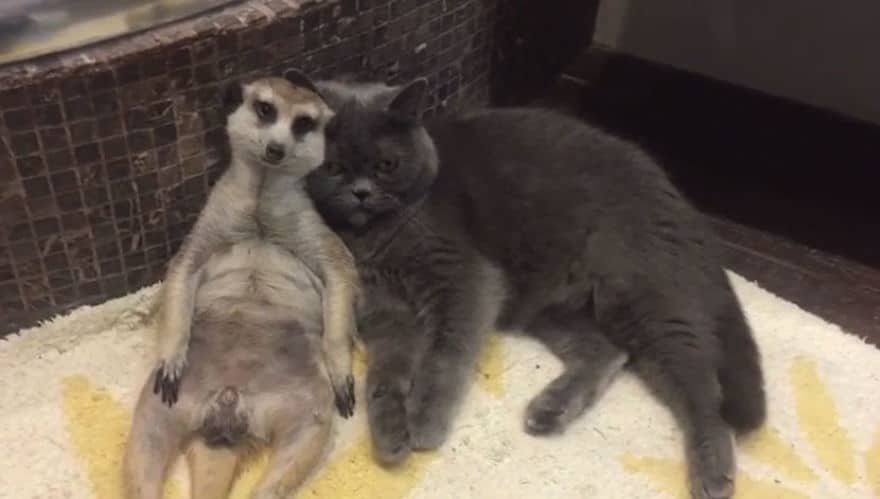 Ekaterina Kuraeva, the owner of the two, updates the Instagram profile on a daily basis, which now has in upwards of 36k followers, and steadily continues to grow.

Be sure to check them out! Image credits: meerkat_suren