This poor one-month-old kitten was rescued in the Philippines after its tormentors sewed together her eyelids, ears and nose.

A kind-hearted woman discovered the kitten stumbling around alleyways near her home and immediately gave her the first help. 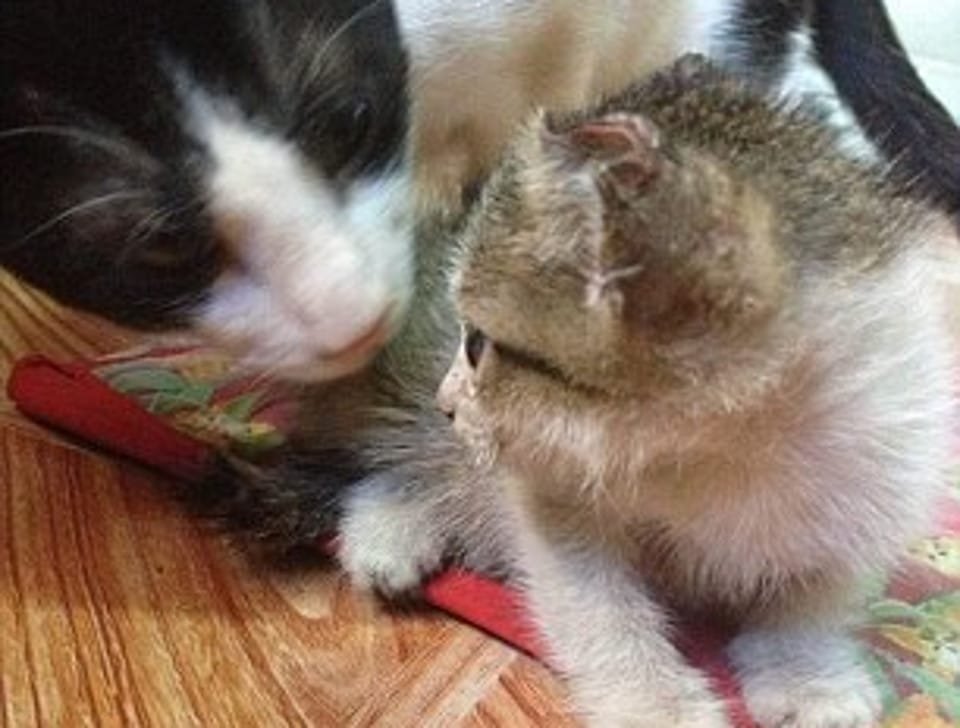 The kitten, who has since been named, July was barely able to eat anything as her abusers had threaded thick cotton through her skin.

‘The poor kitten was in pain. It was so hard to take out all of the stitches. She was screaming and meowing because it was hurting her so much.

‘But doing this was the only way to save her. Whoever could do such a thing to a newborn kitten is sick, they need to be punished before they do it again.’ stated July’s rescuer.

‘We don’t know who did this. We can only assume that it’s some kind of psychopath. Who else could do this kind of cruelty to a defenceless kitten? They are a useless person, no heart, they are sick.’

Thankfully, July was treated with a lot of love and care and she recovered, however, was sadly left with scars on the ears and nose.

Today, she is living happy now together with other rescued cats.