Everyone loves cats not just because they’re cute – but because they’re independent. Cats love going on ‘adventures’ which scares the heck out of their owners. More often than not, they’re worried sick about their furry friends because they simply can’t protect themselves out there. This is one of the main reasons why you need to microchip your pets. Even if your tabby goes out on an adventure, you’ll at least know its location and hopefully be reunited.

That’s exactly what happened a few weeks ago when a cat named Cat went AWOL. The orange Garfield lookalike was missing for nearly 2 years. It goes without saying that his family thought the worst had happened and they were literally broken. No one could have expected that Cat will come home after 536 days. 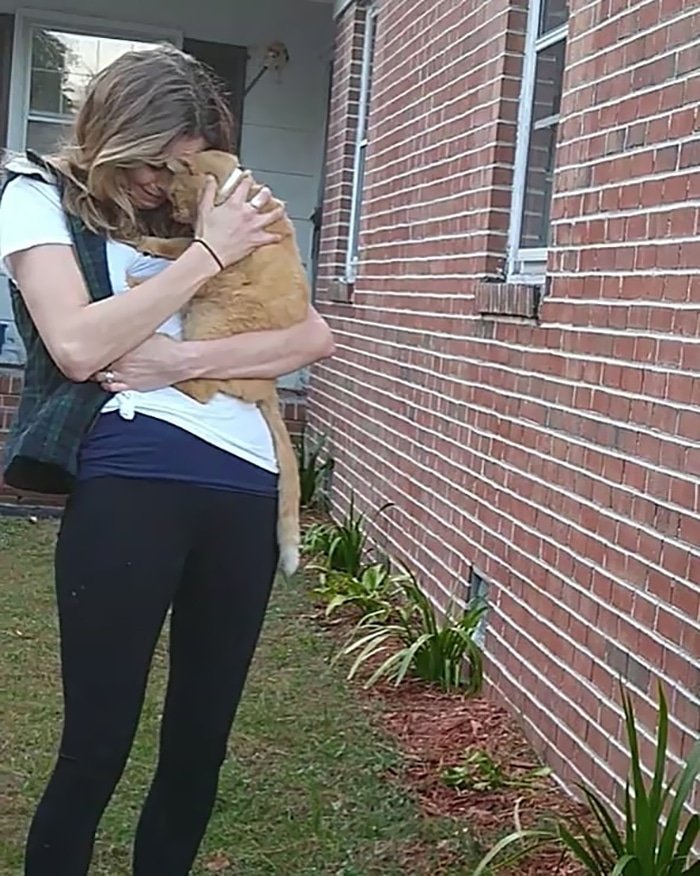 Adopted from a shelter, Cat was very shy at first. He didn’t like to play with other kittens and it was clear he needed social interaction. His parents brought Cat into their families in 2015 hoping that their ‘barn cat’ program will help him. However, Cat was so cute that they didn’t have any other choice but to make him a part of their family. 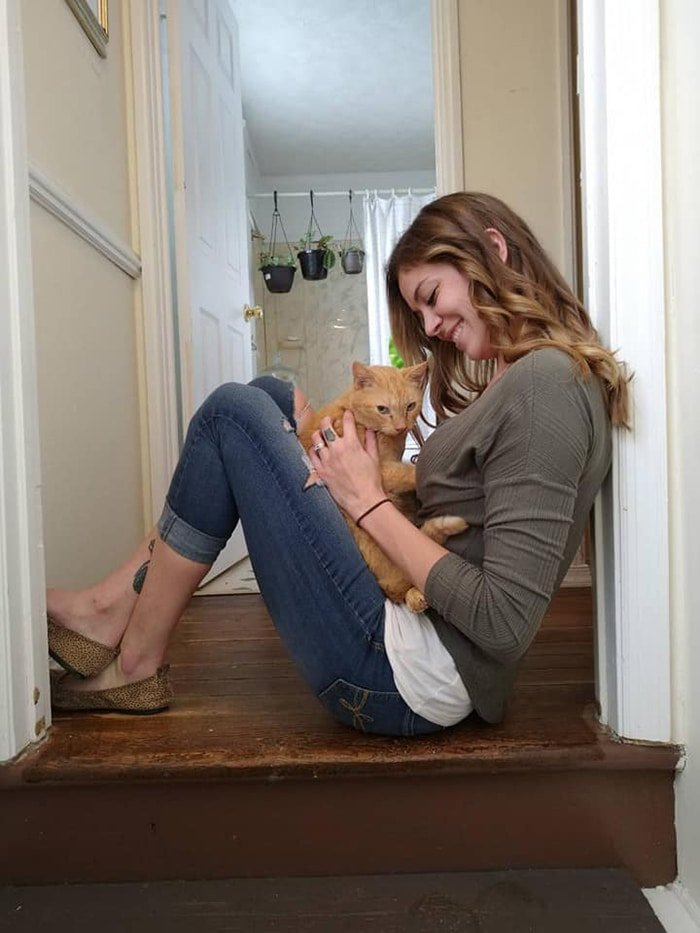 After a rocky start to the relationship, things were going great. Cat only needed love and his true personality began to emerge. He loved spending time outside and he always came back quickly. One day, though, he didn’t return. His loving parents were worried sick, and although they never gave up, they started losing hope after a few months. 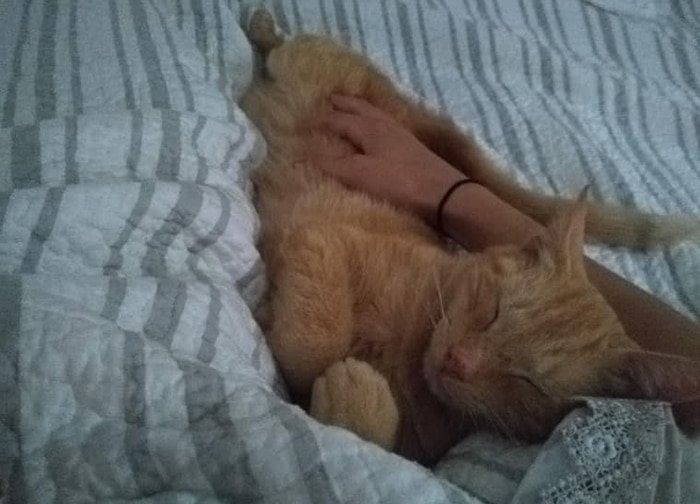 Mindy Criner, Cat’s mom, started endless posts on Facebook in different lost & found animal groups. It was all to no avail. The orange cutie pie was still missing and the posters on the streets didn’t help as well. Week after week, month after month, the Criner’s family hope began to fade away. Cat was nowhere to be found and they were heartbroken. 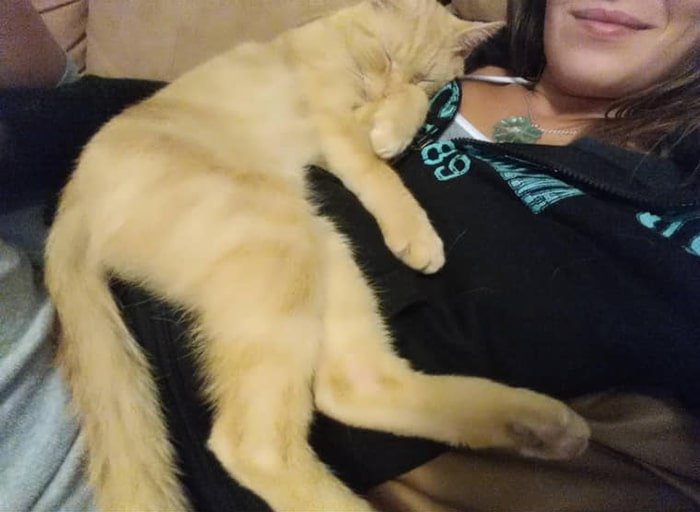 Nearly 2 years later on Halloween, they received a voicemail from animal control completely out of the blue. Cat has been located and found well and alive and it was all thanks to his microchip! As it turns out, a man was taking care of the orange cat to the disbelief of the Criners. Cat was hit by a car earlier and a man in his 60s has been feeding what he thought was a stray. The man was unaware that microchips even existed and was feeding the cat for at least a year before the incident occurred. He then called the animal shelter and brought Cat in. As soon as his chip was scanned, it was clear that Cat was finally found. 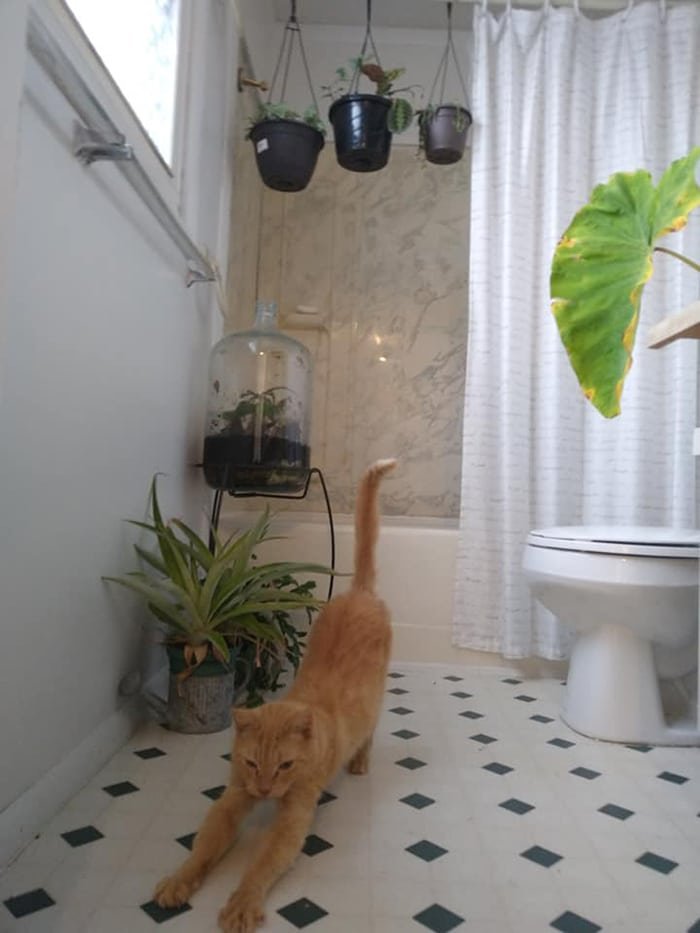 The reunion was emotional and it was like Cat wasn’t missing for a year at all. When he was brought home, Cat went immediately to his special bathroom and then played with his canine siblings. The Criners hope that this incident will give other cat owners hope never to give up. And please microchip your pets people!