In Spring, Texas, a teenage boy happened upon a shocking discovery. Nearby to the mailboxes in an apartment complex, he found a little kitten whose paws had been so tightly bound that three of them had actually fallen off.

Brady, the boy who first discovered and helped the little cat, picked her up and called his mom to help the poor animal, which saved the kitty’s life.

The poor kitten’s paws were bound with elastic hair ties wrapped so tight that they finally cut off blood flow and caused the horrible outcome. It more than likely took between three to five weeks for the condition to get to this point.

“This is the worst. The absolute worst I’ve ever seen,” exclaimed Doctor Heimlich, who is taking care of the animal, as first reported by ABC13. “This is not neglect. This abuse, physical abuse.”

The kitten is about 14-weeks-old and has received a new name – Pogo. She is currently recovering at the Stuebner Airline Champions Veterinary Hospital. 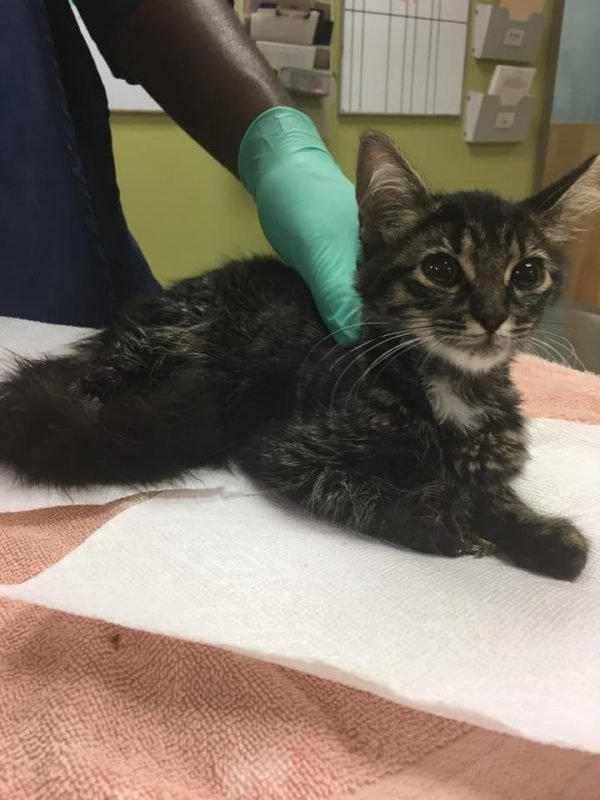 Pogo was indeed able to get rid of one of the ties on her left front leg, which did save the one paw. Her kind legs will have to be amputated from the knee down and the right front one from the elbow down. 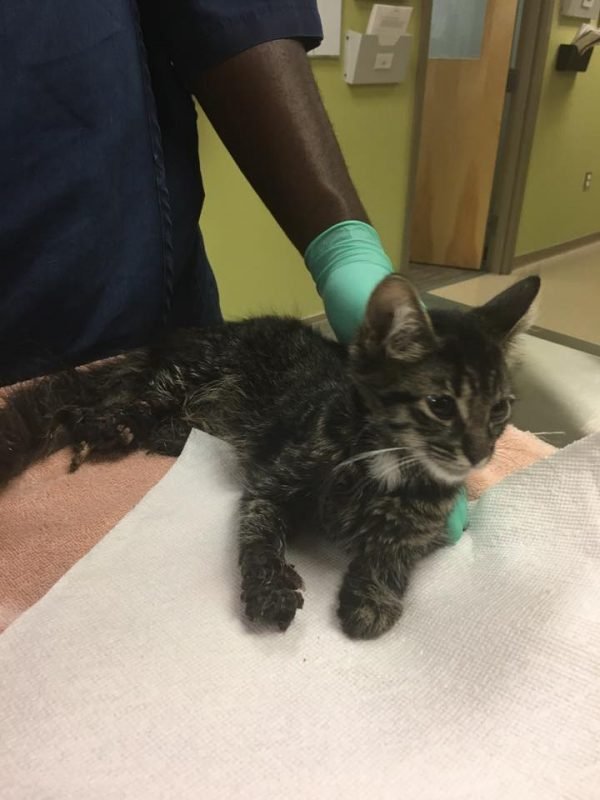 Despite the disgusting abuse and the loss of three of her little paws, the kitten still has a good chance at a beautiful life. Doctor Heimlich plans to take Pogo home and his staff will do everything to give the kitty the best care possible.

Pogo’s very life has been saved thanks to the intervention of the wonderfully kind people who helped her. Today, the kitten has hope for a new future ahead and like many disabled cats, Pogo will hopefully learn to live happily and fully in spite of the awful loss.

Pogo’s doctors are extremely determined to find the person responsible for the abuse of the kitten.