This industrous little kitten has been dubbed #RallyCat and the St. Louis Cardinals owe their win to this little furry streaker.

One Wednesday, the team was in the middle of a heated game against cross-state rivals the Kansas City Royals — trailing on their home turf 5-4 right in the sixth inning.

Bases were loaded and two outs on the board, catcher Yadier Molina was up at bat — stepping up to the plate against Royals reliever Peter Moylan.

The first pitch was a ball. The second pitch was … A CAT! 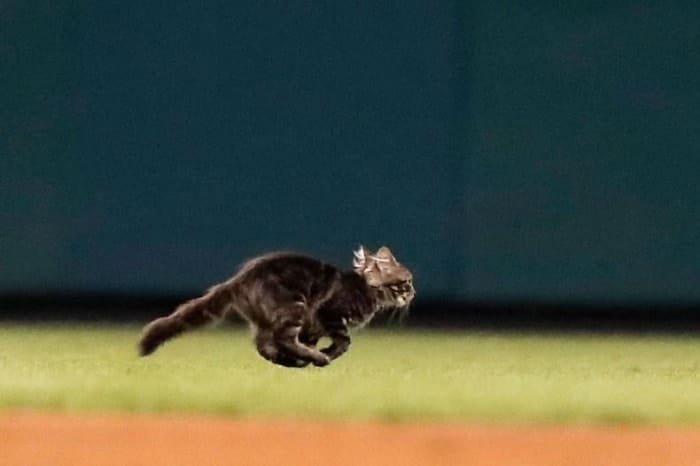 Just seconds before Moylan had a chance to throw his second pitch, a stray cat suddenly burst into Busch Stadium, sprinting across the outfield.

Stopping just to saying hello to center fielder Lorenzo Cain, the kitten was finally rescued by a member of the grounds crew. 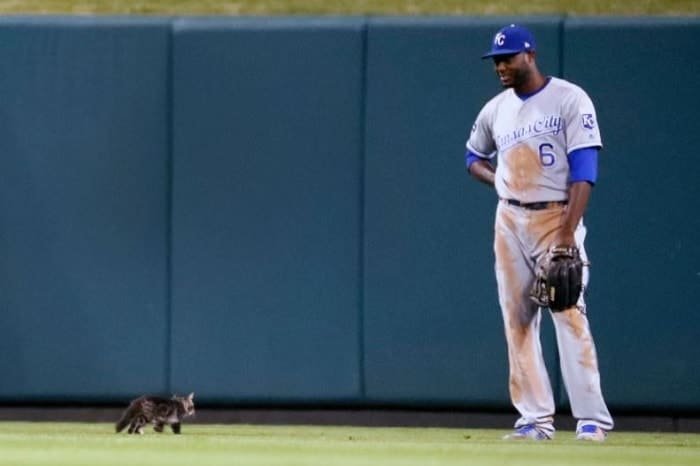 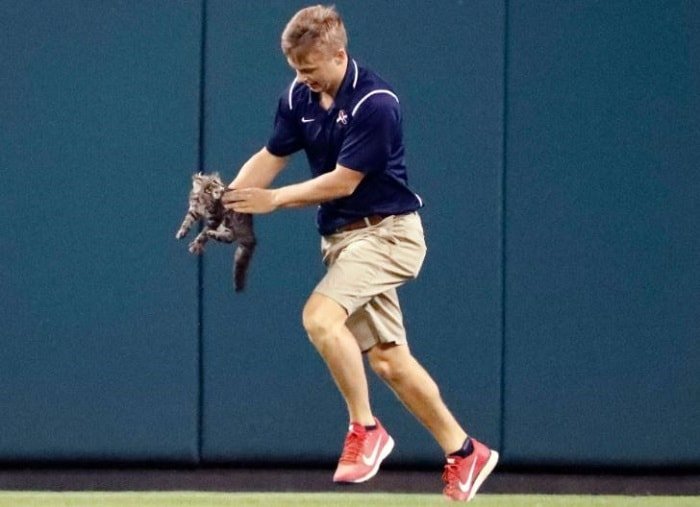 The feral kitten, who was obviously scared, put up quite a fight, however, a grounds crew member held strong and safely escorted the kitten out of play.

Later on in the same game, #RallyCat was spotted by a fan being taken away from the ballpark in a crate.

Apparently he we well on his way to his forever home!