This adorable kitty went from being a total scaredy cat hiding under the racks at a fire station to becoming their furry, loving mascot! 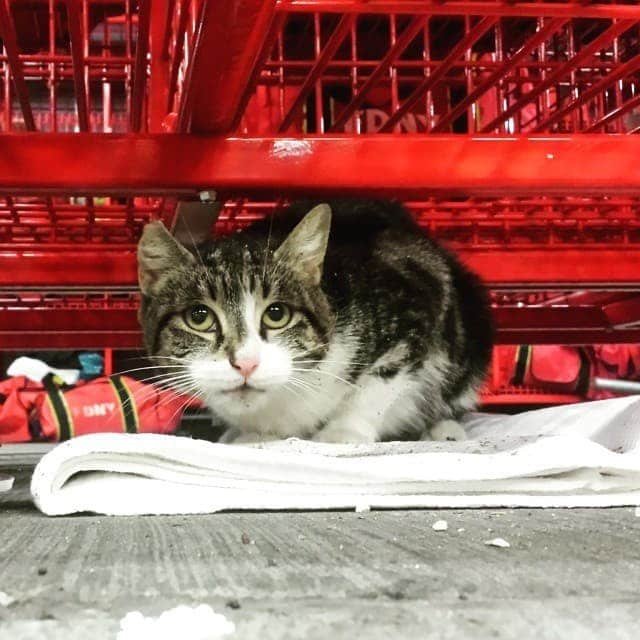 It was one year ago when she just showed up at the FDNY (Fire Department New York) Station 57 on a chilly day. It was as if she knew somehow this place was right where she belonged!

She was skittish and shy at first and didn’t want anyone to even touch her. However, with a lot of love and a little patience from the people who worked there, she slowly came around.

Of course, having the endless supply of food and treats she was given probably helped out a lot!

This photo was taken around the time she discovered that she actually maybe liked the people who already loved her so much: 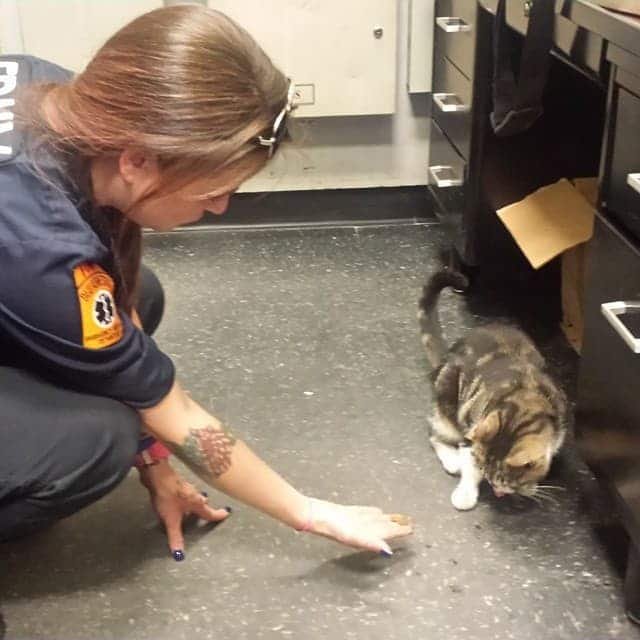 These days, she “expects” to be petted by the people in her new human family! 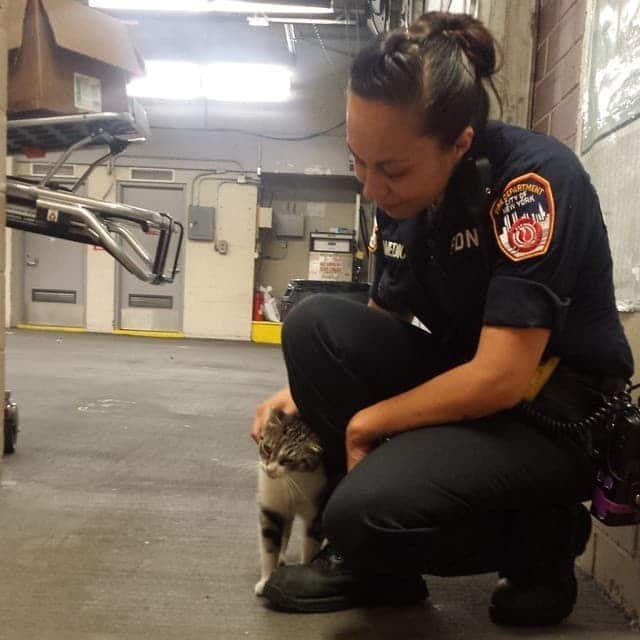 It seems she also has a thing for laying on mats. And although they bought her a brand new one she still prefers to lay on old worn-out one outside the captain’s office 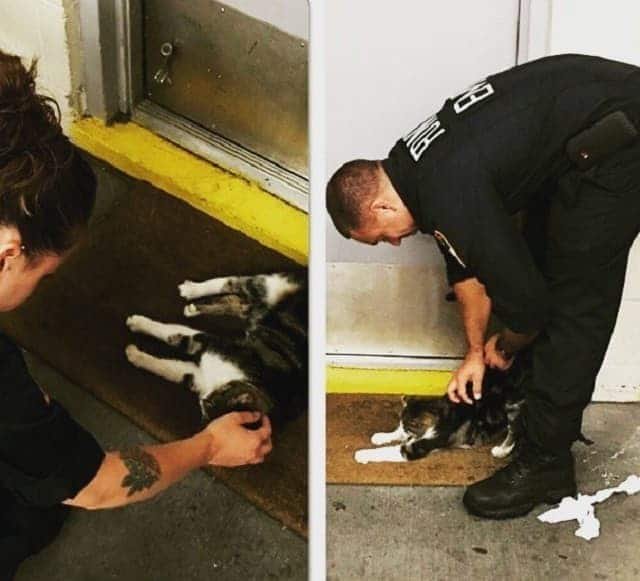 “We call her Killer because she took care of our mouse problem when she moved in. We were having a contest to get her a nicer name but then she started bringing home rats,” Station57 stated.

She is not one to beg for food. Probably because she realizes that with so many loving human friends around her, she will eventually get everything she needs and wants! 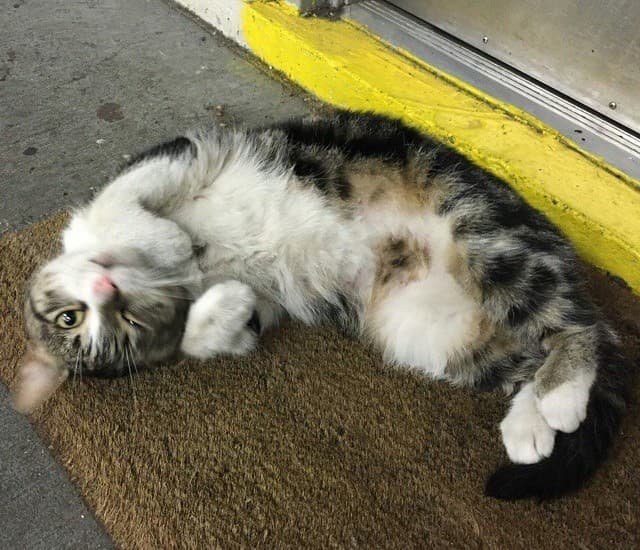 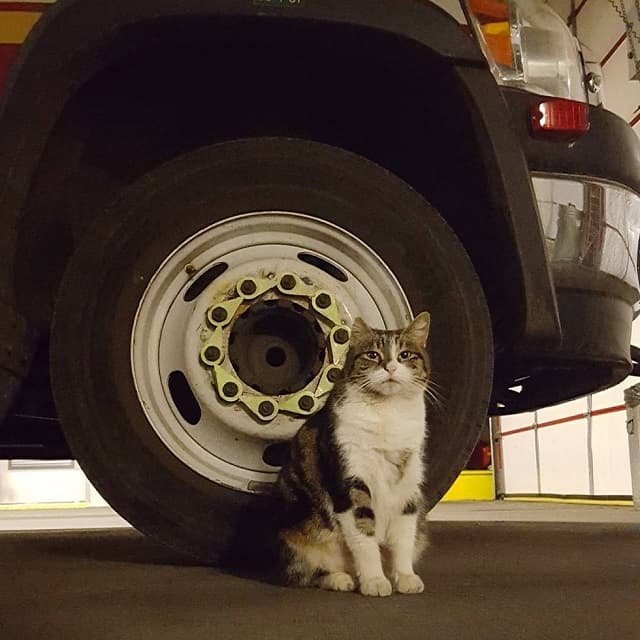 Apparently, Killer also has a knack for catching mice and the station is now “rodent-free” for the first time! 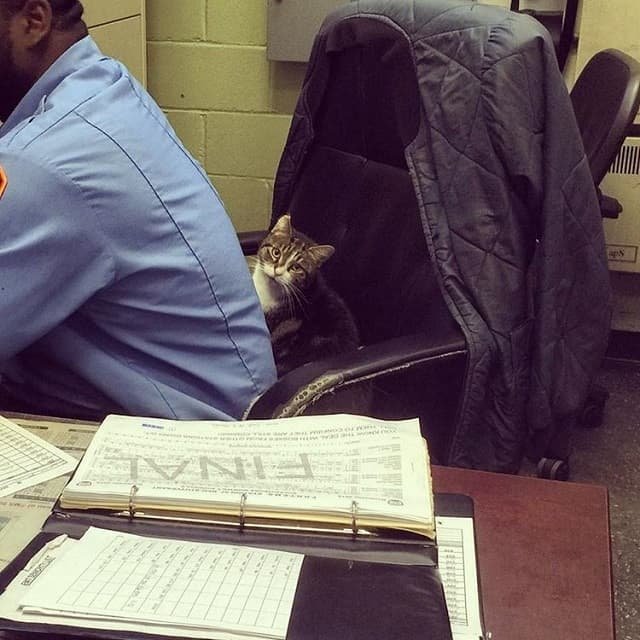 She absolutely LOVES to be brushed … 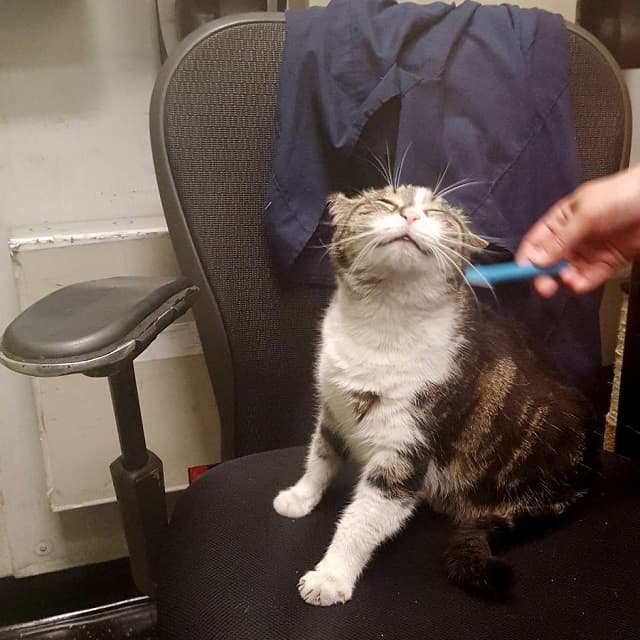 and these days, it seems the Killer runs the place! 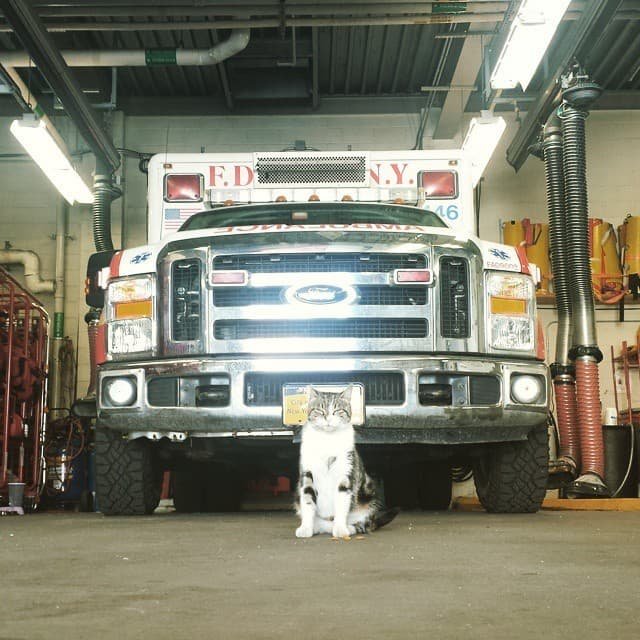 It is yet unclear as to whether the heroes who work at this particular fire station rescued the Killer, or if she ironically, is the one who has saved them!