Cats are truly majestic creatures. No matter if it’s a stray or a home pet, cats are beautiful. Many of them have ended up on the streets, having no one to help them. Take a look at this stray, for example – she was pregnant stray cat and in desperate need of shelter, warmth, and food as she was expecting babies. 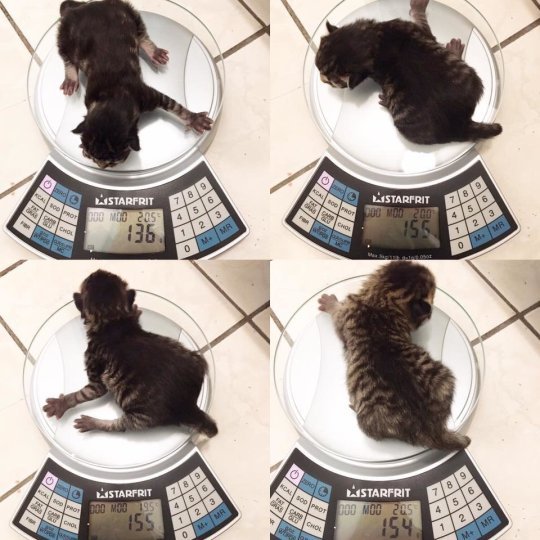 One day, a family fed the cat well, so she decided to come back again tomorrow. She went back to the house every day to eat and drink water, probably hoping to get adopted as well. The cat waited out in the cold until she could eat. Sometimes, she’d spent hours by the window on the porch. The family quickly realized she was expectant and called the local cat rescue. 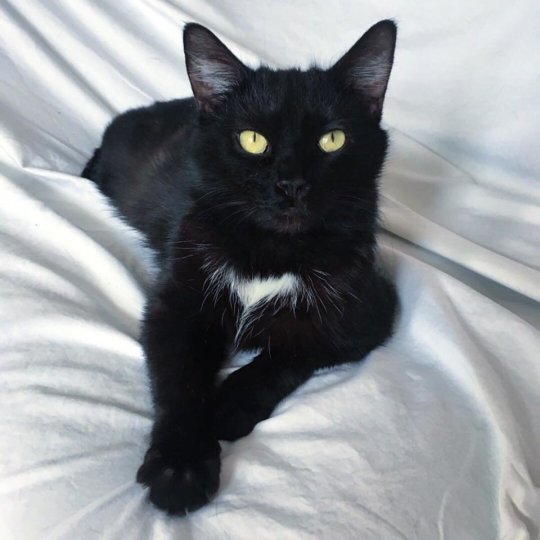 Nadia, one of the rescuers, brought the cat to Chatons Orphelins Montreal, where a foster family waited for her. However, they didn’t have any idea she was expecting. They had no problem with it, though, and the cat called Laloue gave birth to four cute kittens. 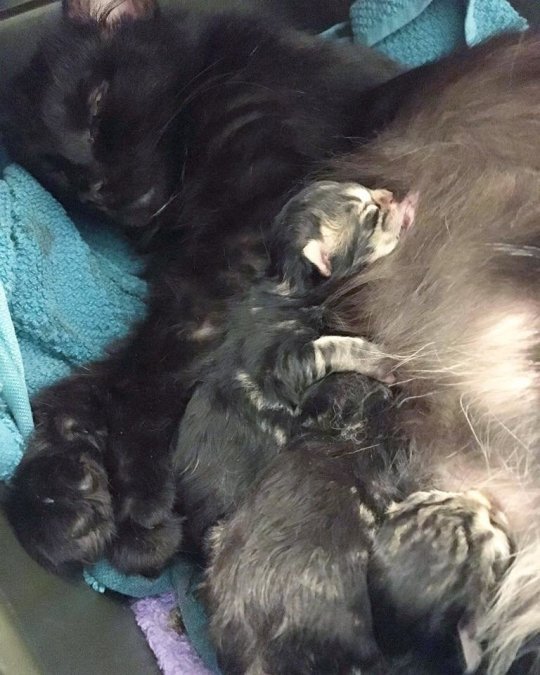 After a while, Laloue was adopted by a woman named Louise. She was finally safe from the cold street and is pretty grateful for it – she cuddles with her new owner all day long. The kitties and their momma are doing great, and we couldn’t be happier about it.