TEXAS – One day, a scraggly senior kitty was discovered just wandering around in the street all by himself.

He was finally given a home and the love he always needed, and now, he shows his gratitude each and every day!

This is the story of Pappy!

Pappy was discovered by members of animals control. He was rescued by a woman by the name of Karyn Poplin who is with the Kitty Adventure Rescue League (KARL), which is located in Fort Worth, Texas! 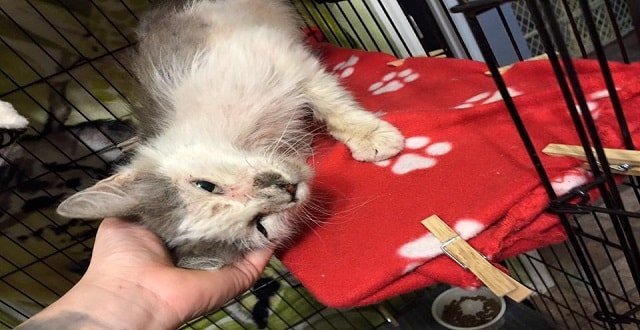 Pappy hadn’t even gotten to his forever home yet, but he was already showing all kinds of love and affection for this new hero!

Everyone realized, with time, what a scrawny old man they had found in Pappy.

“He was clearly someone’s pet at one time,” Karyn Poplin of KARL told Amy of Love Meow.

“He’s skinny, sniffly, scraggly, and scabby, but he’s full of so much affection, and he is so dang thankful to have a place to call home”, Poplin stated. 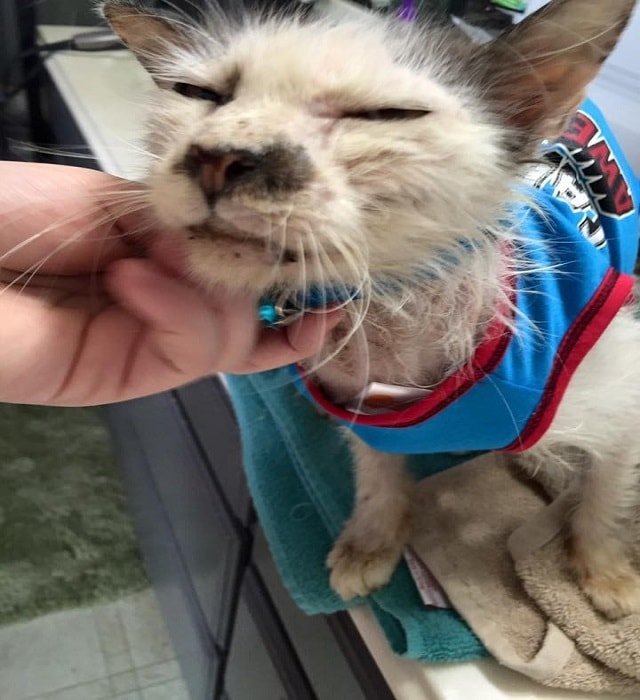 No one has any clue just how old Pappy really is, but they estimate that he is about 13-years-old. 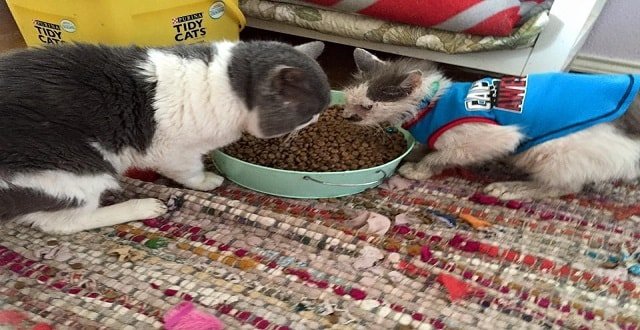 “We don’t know how long he’s been without love, but we know that he will never have to wonder if anyone cares about him ever again or where his next meal will come from.”

What he needed more than anything upon arrival were a good meal and a long, warm bath!

It took less than two weeks, and Pappy was visibly happier and healthier than he was when he first arrived! 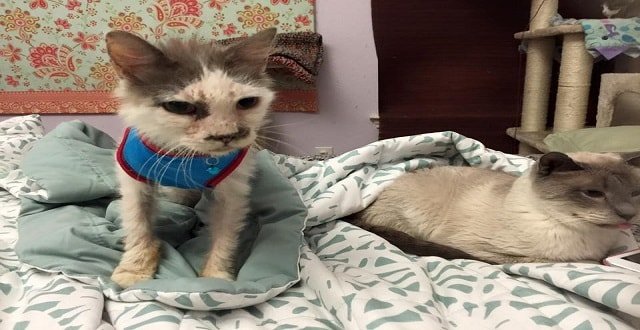 “His wounds have healed nicely, he’s starting to see some new hair growth, and he’s put on some good healthy weight!

“He has a brand new shirt (because it’s Texas and our AC is on constantly, he gets chilly), some new best friends, and best of all, he gets to snuggle in the bed with us!” 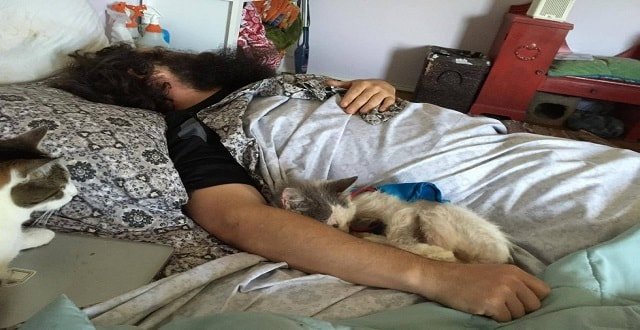 Pappy even has a brand new best friend, a blind kitty by the name of Hammond and they even share meals together!

However, Hammond is not Pappy’s only friend. Pappy seems to have taken quite well to quite a few cats who live at the sanctuary. 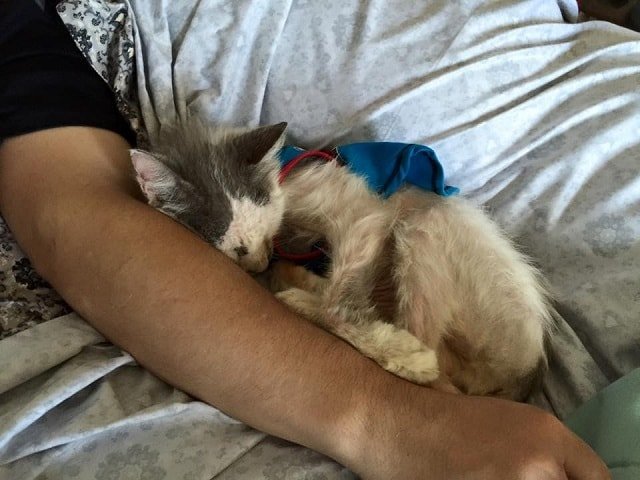 “He is the happiest cat on earth. He could not get enough attention last night!” Poplin explained to Amy at Love Meow.

This is what happens with many cats who are rescued directly from the streets. Some of them are so grateful to finally know how it feels to be loved and cared for, they stop at nothing to prove how thankful they are – that they were saved.