LONDON, ENGLAND – A lonely abandoned Persian cat who was found dumped in the street with her fur covered in matted clumps has been shaved like a sheep after she was taken in by a world famous cat home.

The homeless cat was welcomed by Battersea Dogs & Cats Home in London as their very first Persian of the year, after a kind-hearted member of the public found her looking severely underweight and dirty and brought her in.

The five-year-old cat, named Penelope now by staff at the home, had been a stray. Her luxurious white fluffy coat was left completely tattered due to her hard life living in solitude on the streets of Wandsworth in London. 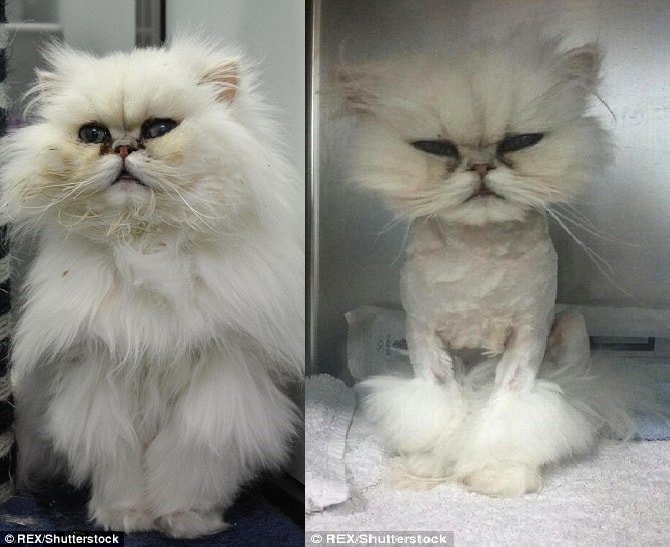 Before and after: Persian cat, Penelope, was found in a poor state in London, she was taken in by Battersea Dogs and Cats and brought back to good health 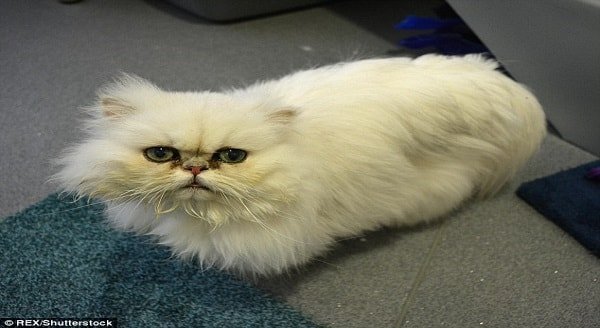 Pre-shave: Penelope awaits her dramatic transformation which saw her lose a lot of matted fur which had built up while she was a stray

‘She’s still quite young and rather small so it’s lucky she was found and rescued by someone before she ended up in an even worse state. Penelope didn’t have a microchip so we have no information on where she has come from.”

‘Nearly 40 per cent of all the cats we take in are strays, yet only six per cent of the stray cats we receive are claimed by their owners.”

‘Penelope is now out of our clinic and recovering from her special haircut, waiting to find a new home to be pampered in. She’s a really friendly cat who enjoys a fuss and being around people.”

‘She’s a long haired Persian, so will need an owner who’ll be willing to keep her coat in good condition, with regular grooming to avoid her becoming a matted moggie again!’ 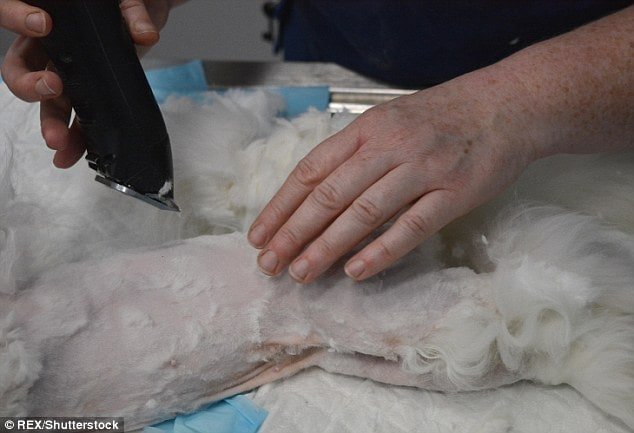 Almost done: Penelope mid-shave – Battersea’s head of catteries, Lindsey Quinlan, said the cat was found in a ‘grubby state’ and they didn’t know how long she had been a stray for 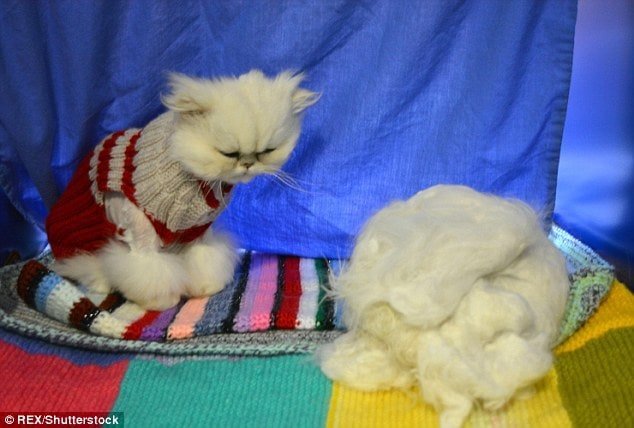 Is that all mine? Penelope wearing a jumper to keep her warm alongside the ball of fur shaved off – the cat is now ready for a new home

We here at The Best Cat Page wish Penelope the best in her new happy life with her fresh, new, stunning look! 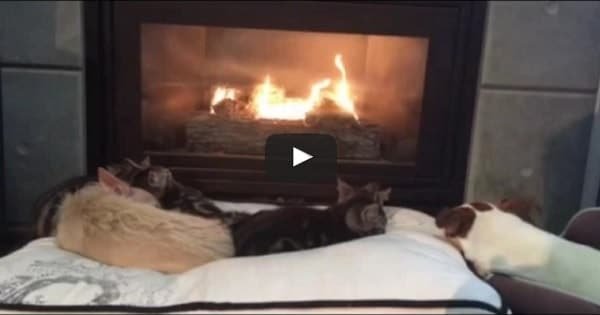 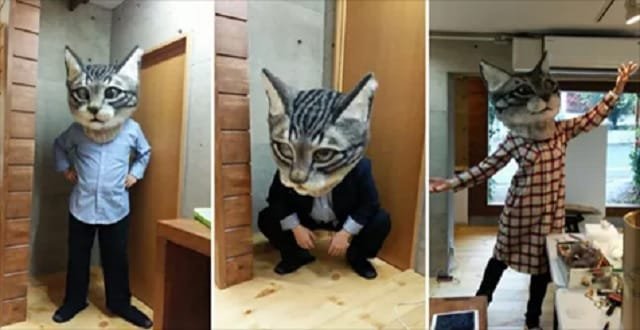 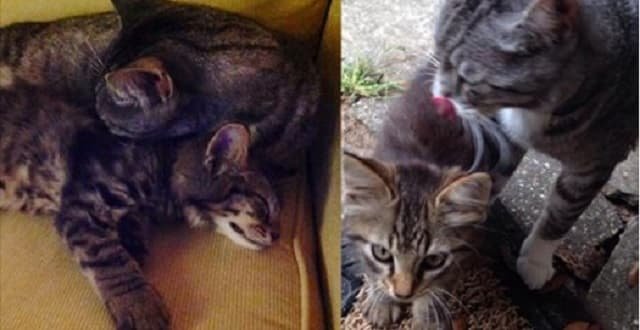 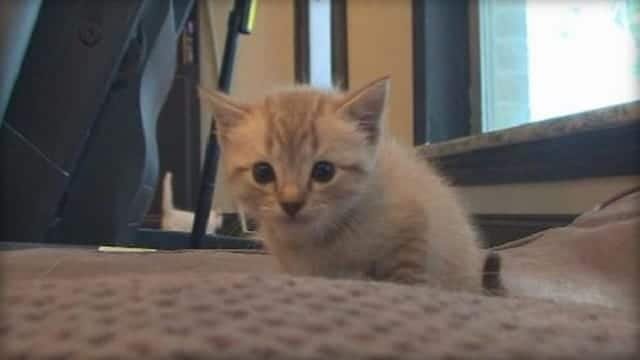 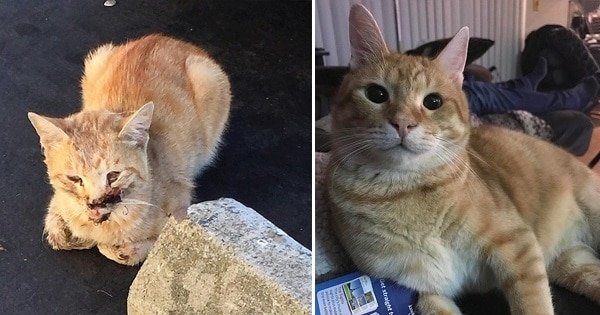