Unlikely friend often form under stressful circumstances. When Rosie the kitten was rescued from the streets at just three weeks old, she became the charge of a loving Siberian husky named Lilo and the bond they have formed is unbreakable between the pair.

Rosie the kitten was rescued at just three weeks old. She was abandoned, cold and starving. Her lucky day came when she was rescued and taken to live in a home beside three huge dogs.

Siberian huskies have a love-hate relationship with cats, some live harmoniously, some have an innate prey drive which they cannot overcome. But this particular trio took to the needy little Rosie and Lilo is particular decided to become a surrogate mother. 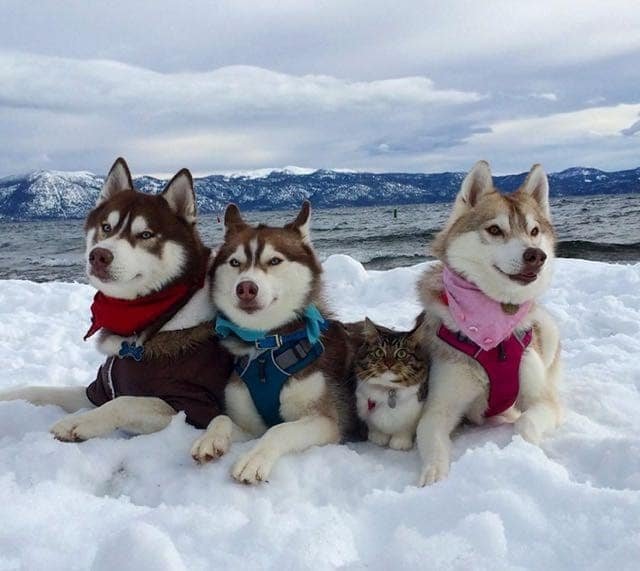 Rosie the kitten, rescued at just three weeks old, was raised with the huskies and now thinks Lilo is her mother. Shhh, don’t tell Rosie she isn’t a Siberian husky. She will be devastated to hear that news. (Photo : Twitter/Lilo The Husky)

“Rosie climbed into Lilo’s heart as she burrowed into her thick fur, napped on her head and curled up on her muzzle. The more needy Rosie became, the more tolerant and loving Lilo became, which proved instrumental in the wee kitten’s recovery“, says Love Meow. 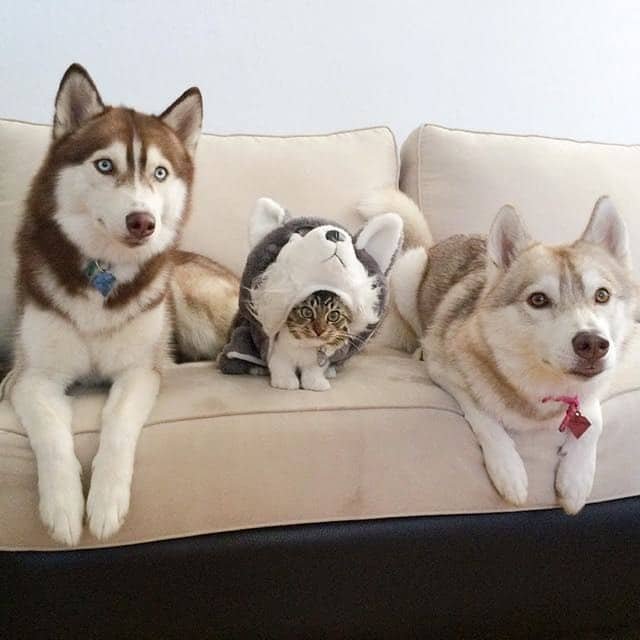 (Photo : Twitter/Lilo The Husky)
Wannabe Siberian husky, Rosie the kitten was rescued and lives now among her husky rescuers.

Now, since she was raised by huskies, Rosie fully believes she herself is a dog and is never too far away from her best friend Lilo. They go everywhere together. They still play, nap, cuddle and even go on outings with their owner together.

While the huskies have taken to running alongside the bike, Rosie is nestled comfortably and safely in the basket. Although Rosie does love the two-mile daily walk with the huskies, matching pace is often a challenge for her tiny little legs. 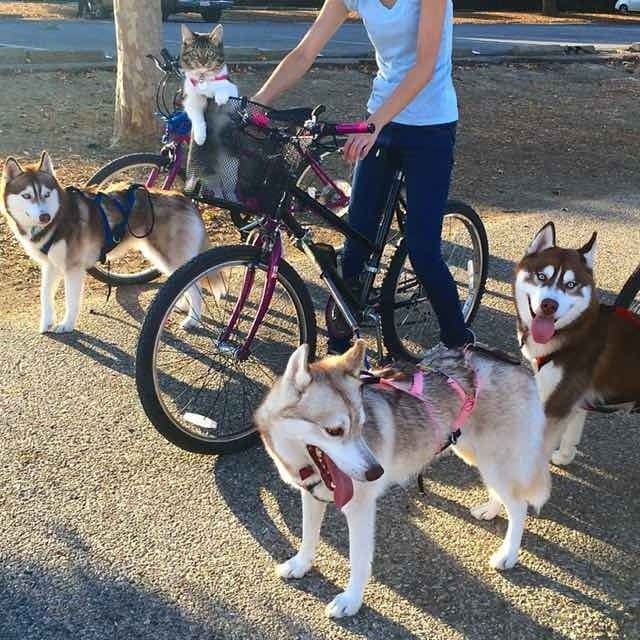 (Photo : Twitter/Lilo the Husky) Out for a bike ride, Rosie gets to ride is the basket as the huskies run along side. Can’t leave Rosie at home, she’s a husky in her mind.

Their escapades are all chronicled on Lilo’s Twitter page, with pictures that show Rosie and the huskies from three weeks to now full grown.

When Rosie was little and separated during rowdy husky playtime, it was a kind of a pitiful site to see. Lilo and Rosie would sit against both sides of the door and howl and pine for each other.

“The two of them are inseparable, they sleep together at night, and Rosie imitates everything Lilo does, including sneaking dog food when we’re not looking,” says human mommy, according to White Wolf Pack. 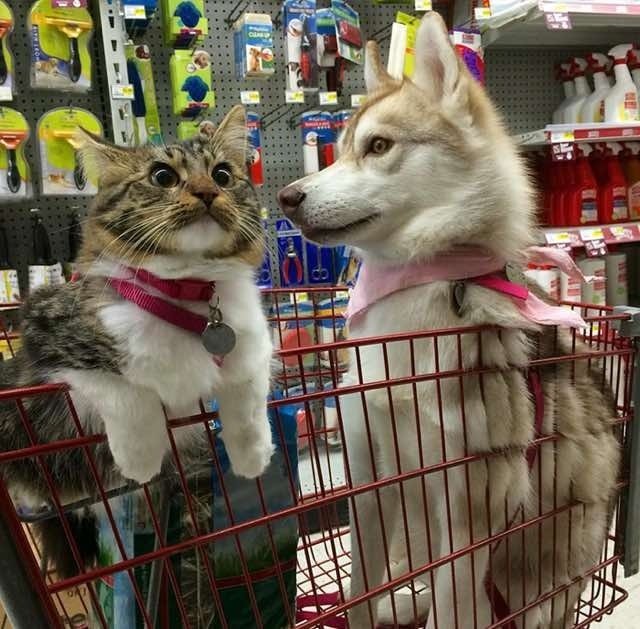 (Photo : Twitter/Lilo The Husky)
Rosie and Lilo during a shopping trip to their favorite pet shop. Rosie isn’t finding the trip as relaxing as her best friend Lilo, that’s for sure.

What an inspiring “tail” of friendship! 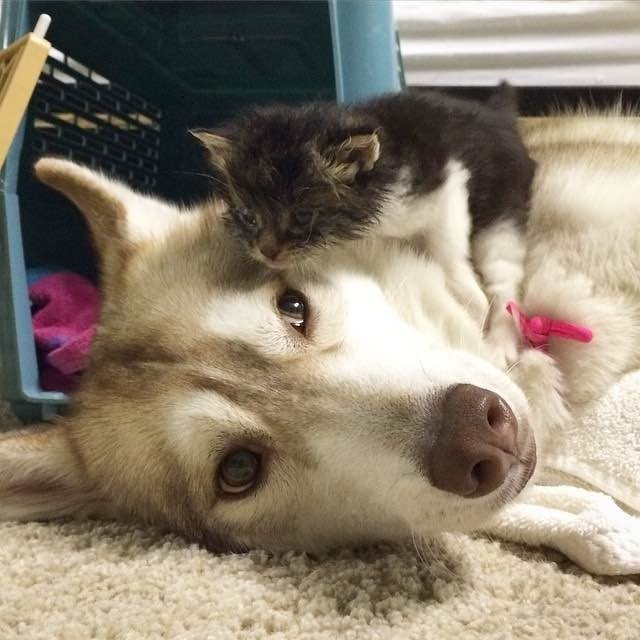 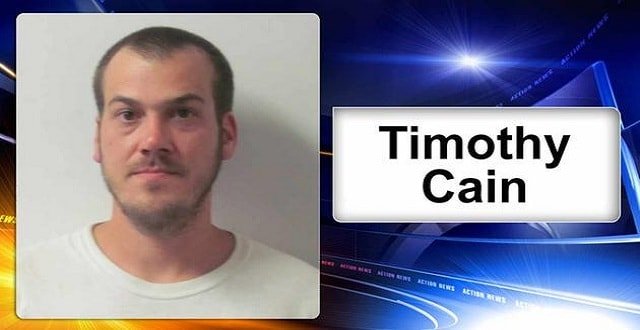 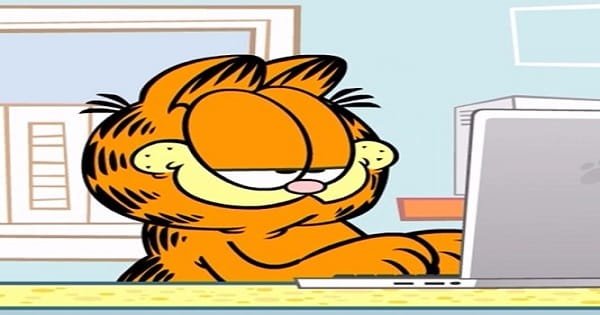 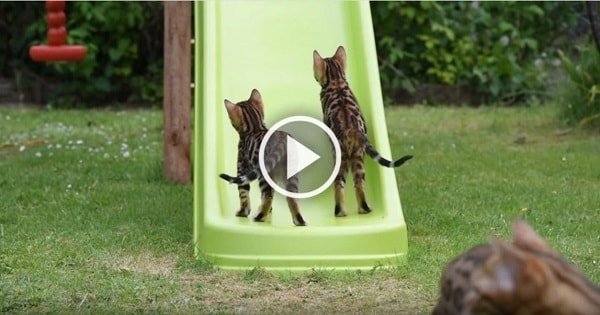 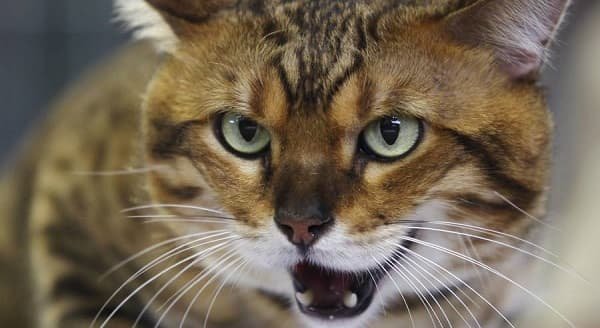