There’s something completely mesmerizing about a cat rhythmically pushing back and forth with its paws, kneading some soft object. It looks like the feline is actually working the dough, so much so that some veterinarians and cat owners refer to the motion as “making biscuits.”

Not long after birth, kittens instinctively begin pushing and prodding the area around their mother’s nipples, realizing that it helps with the flow of milk from their mother’s mammary glands. A noted zoologist by the name of Desmond Morris called this behavior “milk treading.” It obviously makes sense for kittens to knead, but then why is it cats keep doing it long after they’ve become adults? Is there some kind of purpose for this behavior or is it just a comforting holdover from kittenhood? 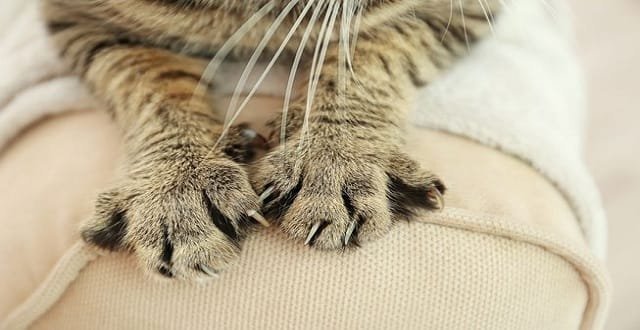 There’s a theory that cats knead if they just so happened to be taken from their mothers too early. However, this theory has been debunked by most cat experts who point out that nearly all cats — no matter when they were weaned — still like to knead, Catster has pointed out.

There’s a very good chance that kneading cats are just content, claims veterinarian Dr. Karen Becker of Mercola’s Healthy Pets. That’s might be exactly why kneading cats often purr and close their eyes while they’re performing the repetitive, back-and-forth motion. Cats also may use the rhythmic behavior to calm themselves down when they are nervous or stressed.

What about when a cat kneads on a human? When cats knead, some animal behaviorists believe, they are actually marking their people with the sweat glands in their paws. The same might be said for any other thing a cat kneads, like a blanket or a bed. The cat is letting other cats know that these items belong to him and are part of his exclusive territory.

Unspayed female cats often knead just prior to going into heat. The motion may actually be a signal to male cats that she is ready to mate.

Kneading behaviors may indeed trace back to cats’ ancient feline ancestors, which had to make comfortable resting spots in tall grass or leaves. In order to tamp down the grass, those early cats likely kneaded and prodded around the foliage while also using their paws to poke around for anything dangerous lurking in the grass, reports PetMD.

If the kneading needs to stop

Sometimes a cat’s kneading can become quite obsessive or it can be painful when her claws poke your lap.

If you want to try to discourage kneading, you might try gently pulling your cat into a lying position just as she starts the motion, suggests Becker. This might just help settle her down and put her in a comfortable position for sleeping.

You may also try gently covering her paws with your hands so it’s harder for her to knead. Or try distracting your cat with a toy or a treat when she starts to knead.

IMPORTANT! You should NEVER punish your kitty for performing a natural behavior, says Becker.

Keep your kitty’s nails well-trimmed or try nail guards if your pet likes to knead on your lap. You might also want to keep a thick folded towel or blanket nearby and use it to protect your lap so that your kitty can knead and your legs don’t suffer because of all that affection.

If you’ve never been up close and personal with a kneading cat yourself — or you just want a meditative moment — here’s am inforamtive video that gives you a peek: 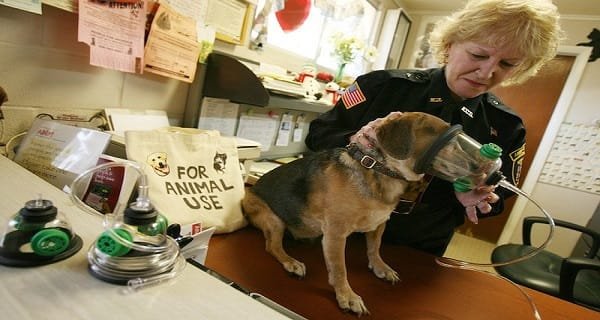 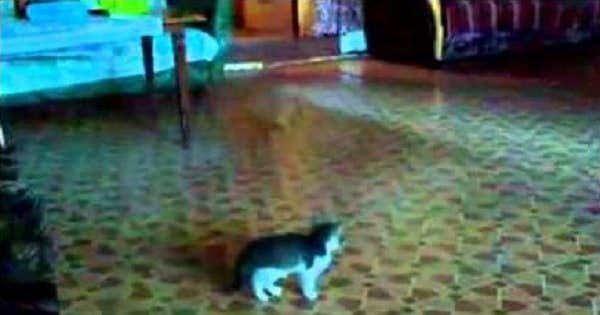 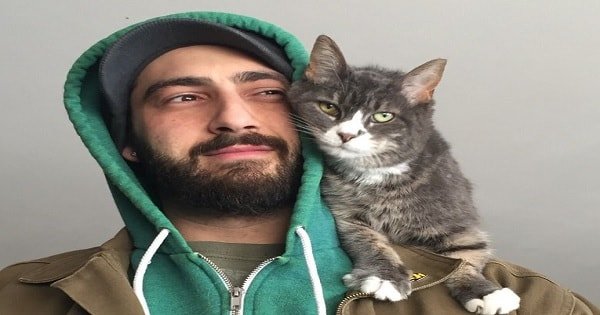 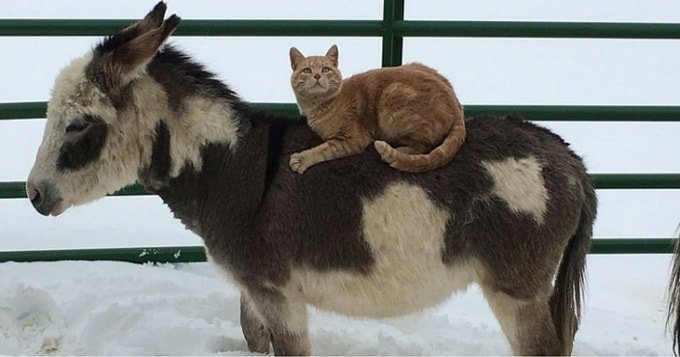 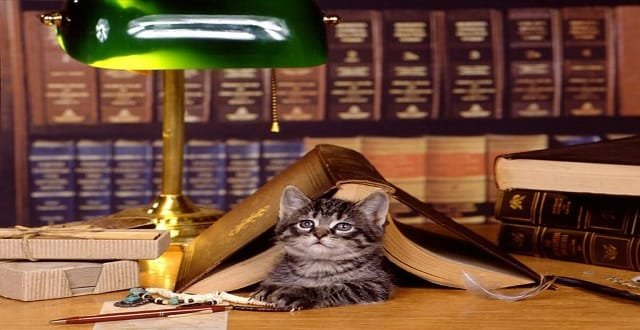 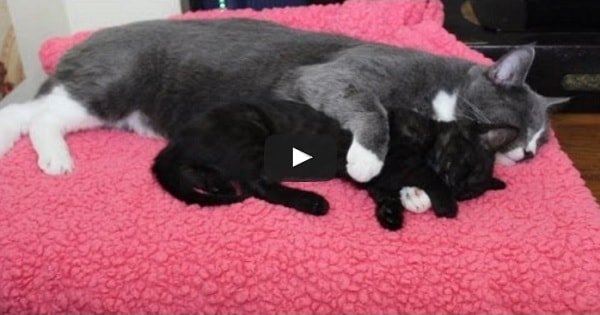 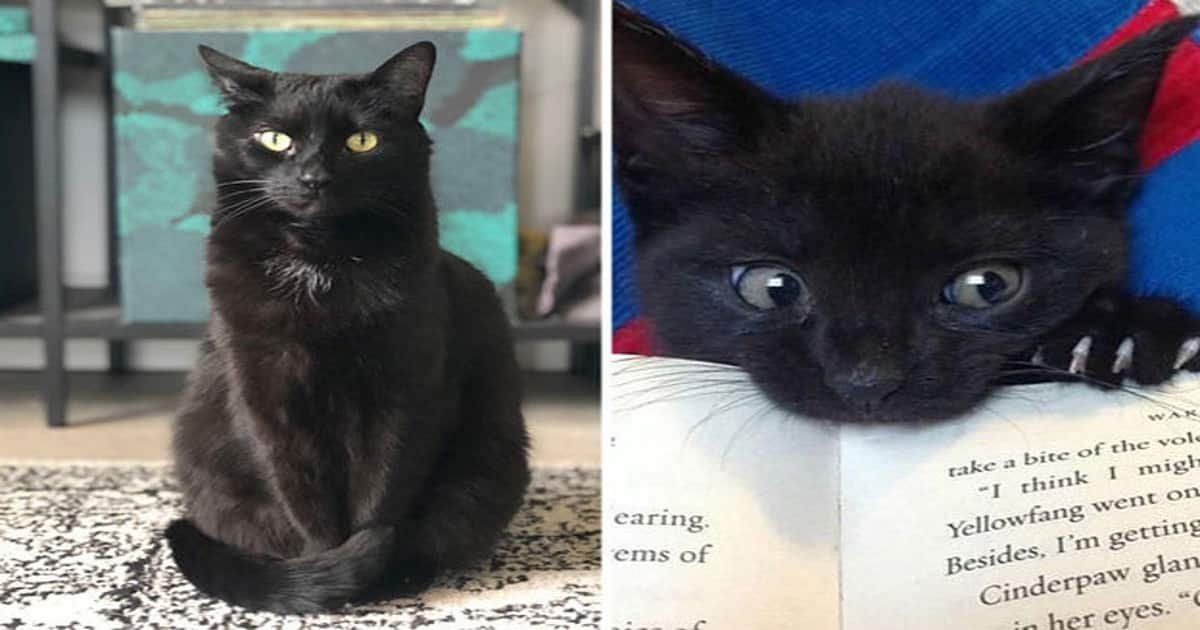 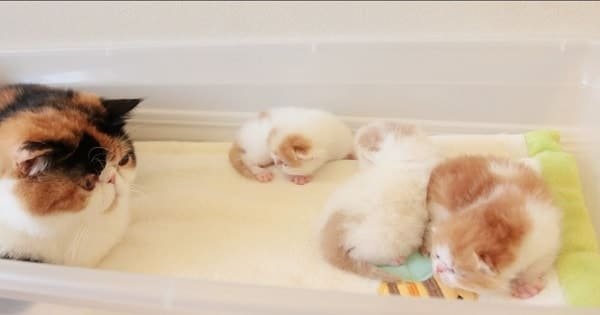 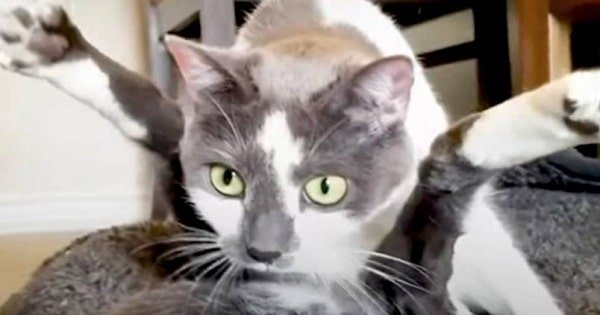