Kevin is a Russian blue recently found in a car park in a critical condition. The kitty was rushed to the vet, where the doctors saw that he was seriously ill and thought he wouldn’t survive. Tailah, the guy that takes care of Kevin now, says that the unfortunate kitty had no control over his actions when he was brought to the vet. “He would peck his food so hard that he’d just nail his head on the floor,” he explains.

Kevin is suffering from hydrocephalus, a condition which occurs due to excess fluids in the brain. The cat survived against all odds, but doctors were pretty sure that he would get seizures from that point on. However, 4 years later the cat is in perfect conditions. He doesn’t suffer from seizures, and he’s living a happy life with his human.

Tailah says that he had a gut feeling Kevin is going to survive. He was instantly attached to him, and the cat never left his side. Now, Kevin is celebrating his 4th birthday, and he’s certainly happy to have Tailah by his side.

He was found in a car park in a critical situation when he was only 4 weeks old. 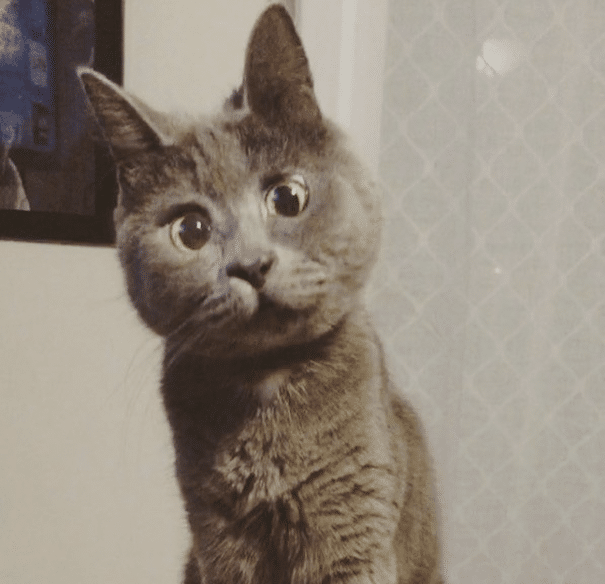 He was found in a car park in a critical situation when he was only 4 weeks old. 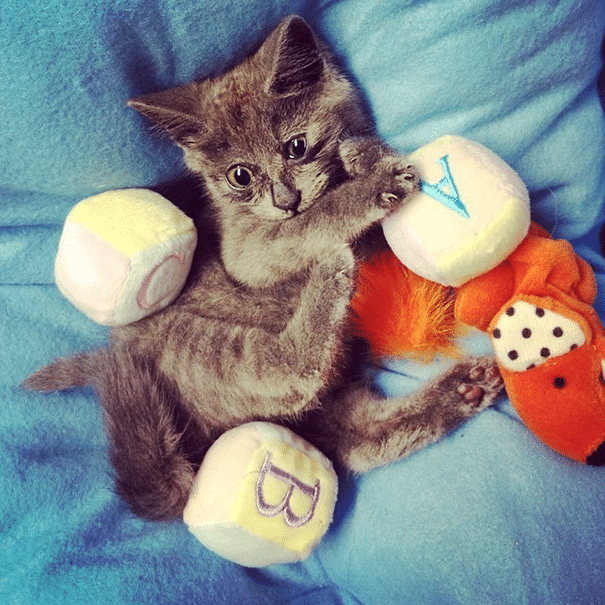 He was unlike other kittens and was going through a serious medical condition and therefore, was taken to the vets clinic. 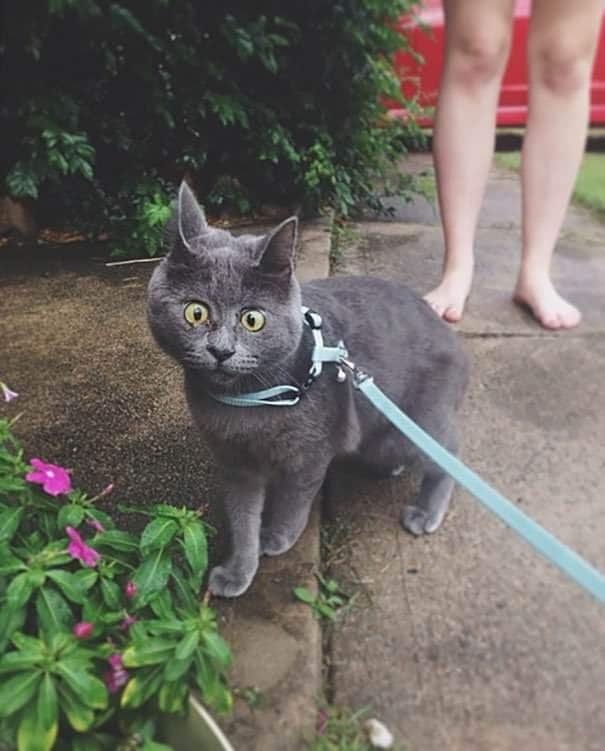 “His outlook when he first arrived at the clinic was not good at all,” Tailah, his owner told. 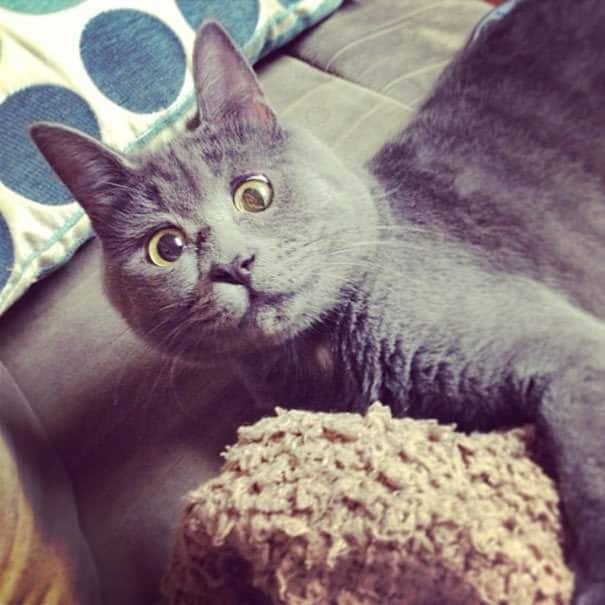 “He would peck at the food so hard that he would literally bang his head on the floor.” 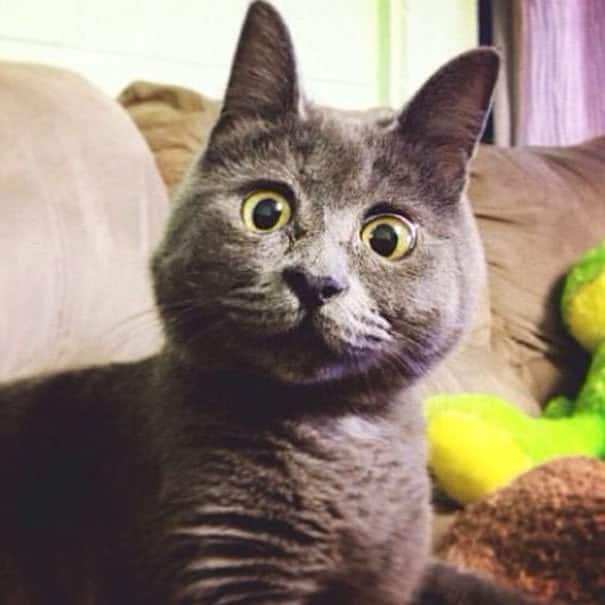 “I was worried that his sight was much worse than we initially thought but he continued to improve!” 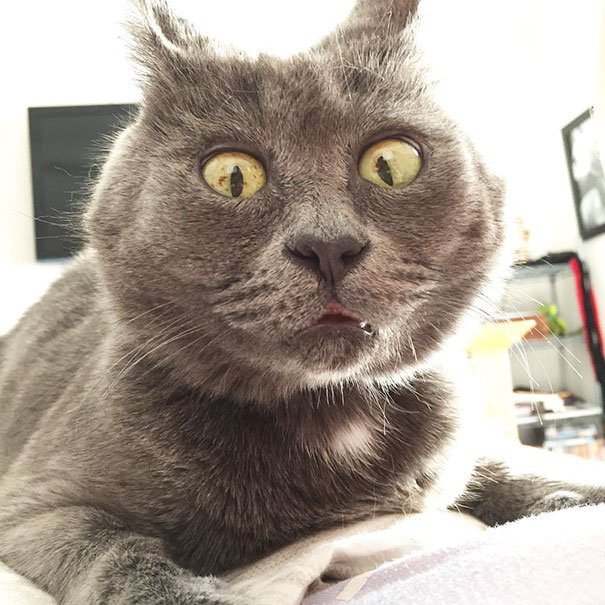 “The biggest concern was that it would cause Kevin to seizure.” 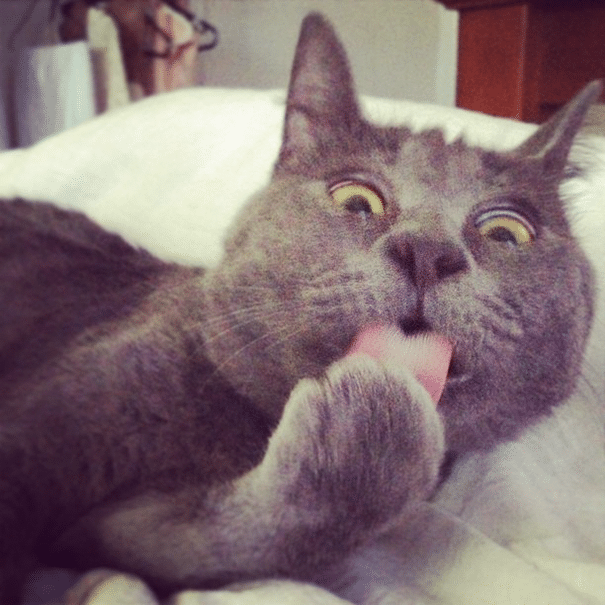 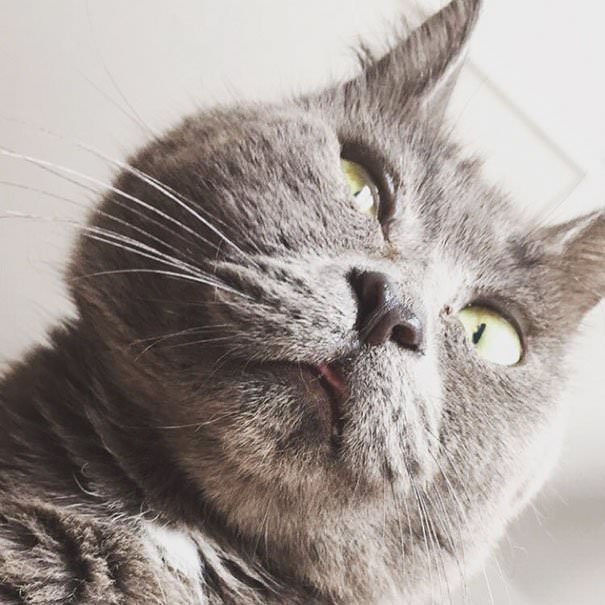 “He is strictly an indoor cat.” 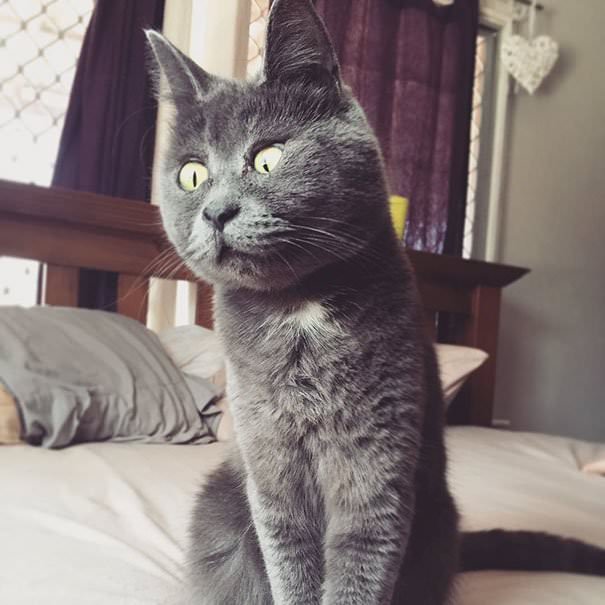 “Though he has an enclosed balcony with a castle and toys and he also has access to our side courtyard.” 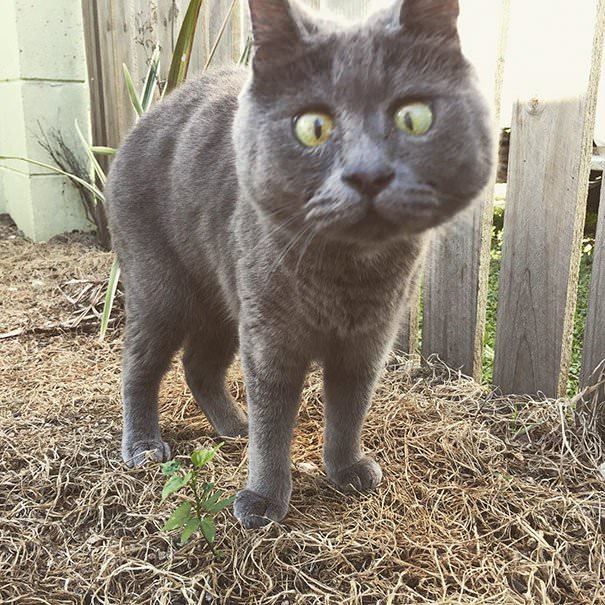 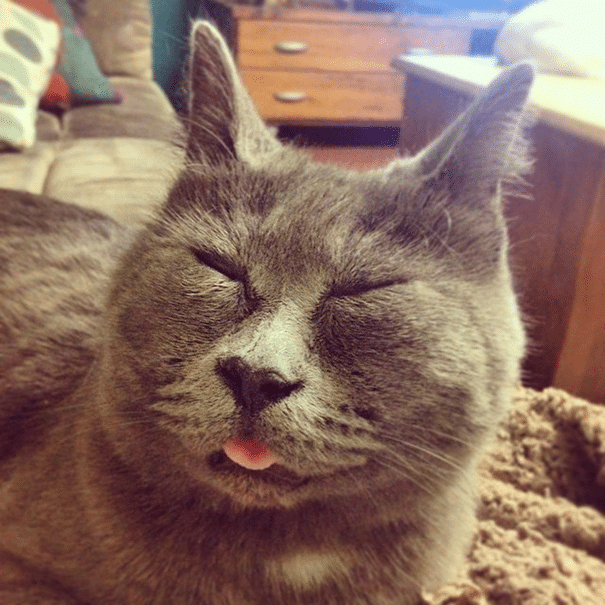 “He does laps of the house at 2am in the morning like any other cat and is so affectionate!” 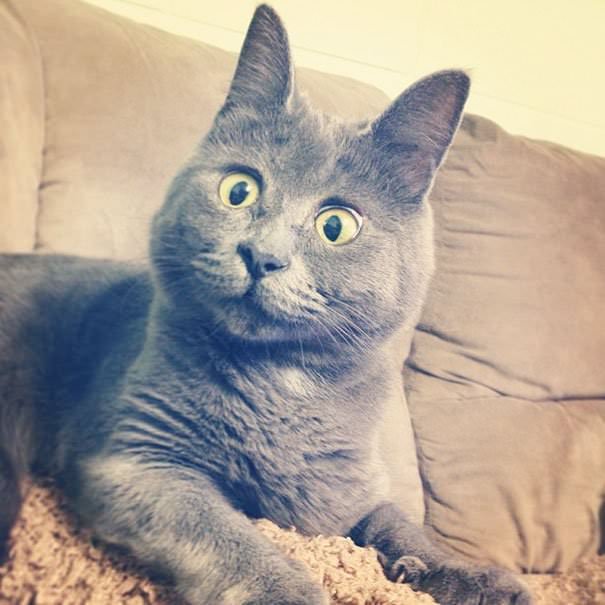 “I always had a gut feeling that he was going to be a miracle kitten.” 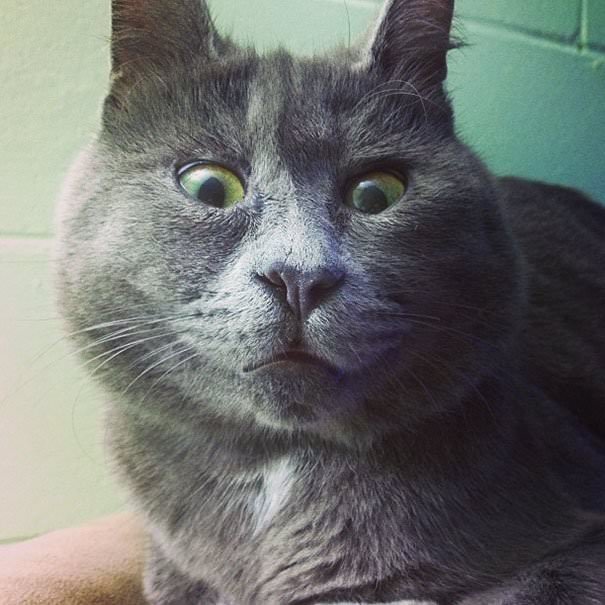 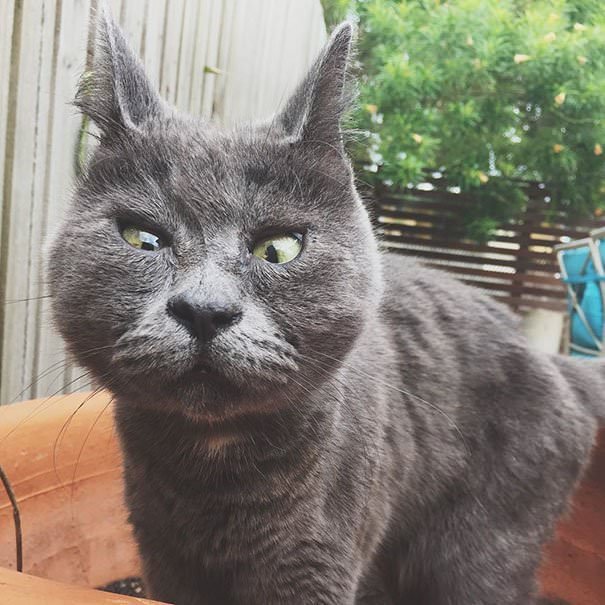 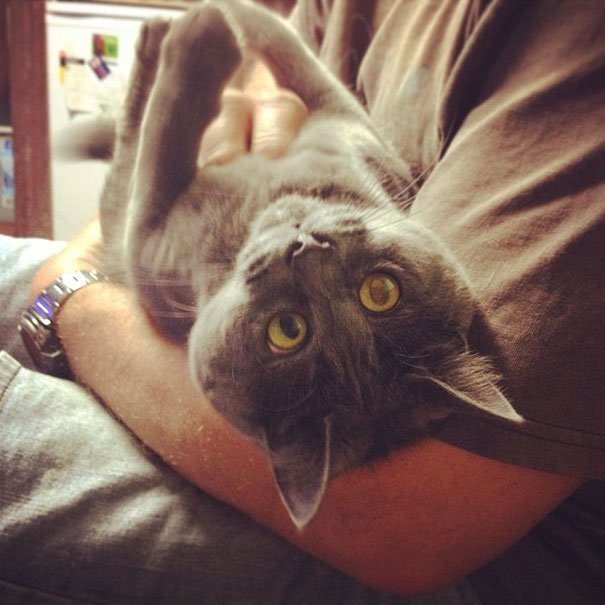 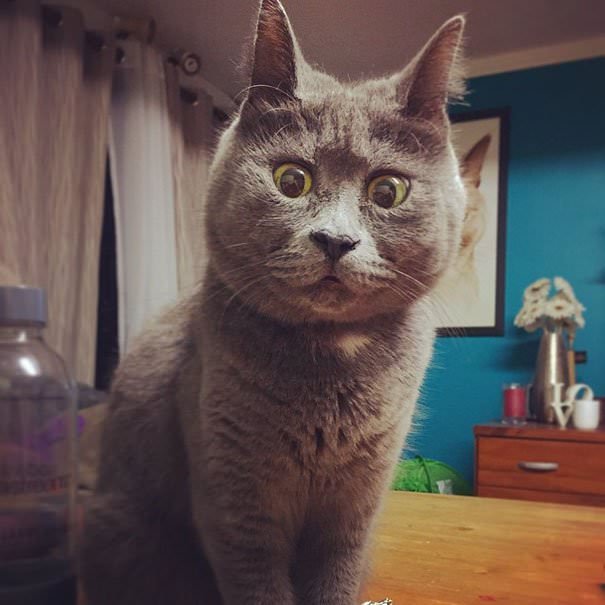 “Kevin has hydrocephalus, a condition involving fluid on the brain,” Taliah informed. 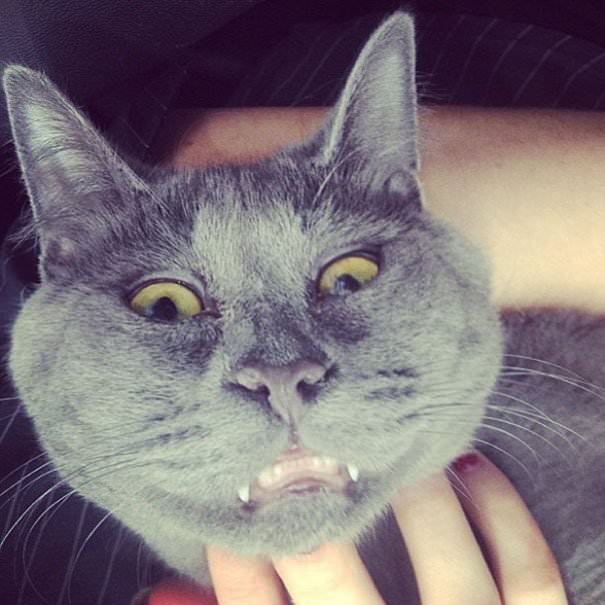