The special bond Mogwai and Buddha shares goes much deeper than just brothers. These two have literally stuck together, through thick and thin, regardless of their fate.

These two ginger kittens showed up in a Casula woman’s backyard about a year ago. She began feeding and caring for them.

She soon noticed their eyes were a little unusual, even though they were about three weeks old, they hadn’t opened them.

Unable to continue caring for all of their health needs, Inner City Strays, a rescue group, ‘came to the rescue’. 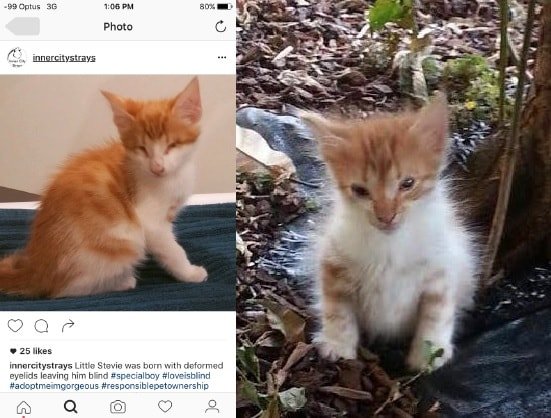 The pair had to go through a host of surgeries. Mogwai is indeed completely blind but Buddha, however, is able to see out of one eye.

They spent a very long time with carers from the rescue group until Richard Parbury and his partner KA came along.

They completely fell in love instantly with the unique pair.

Not wanting an able-bodied cat because they didn’t want to keep them confined to their Dee Why apartment, the pair were soon on the hunt for a special cat. 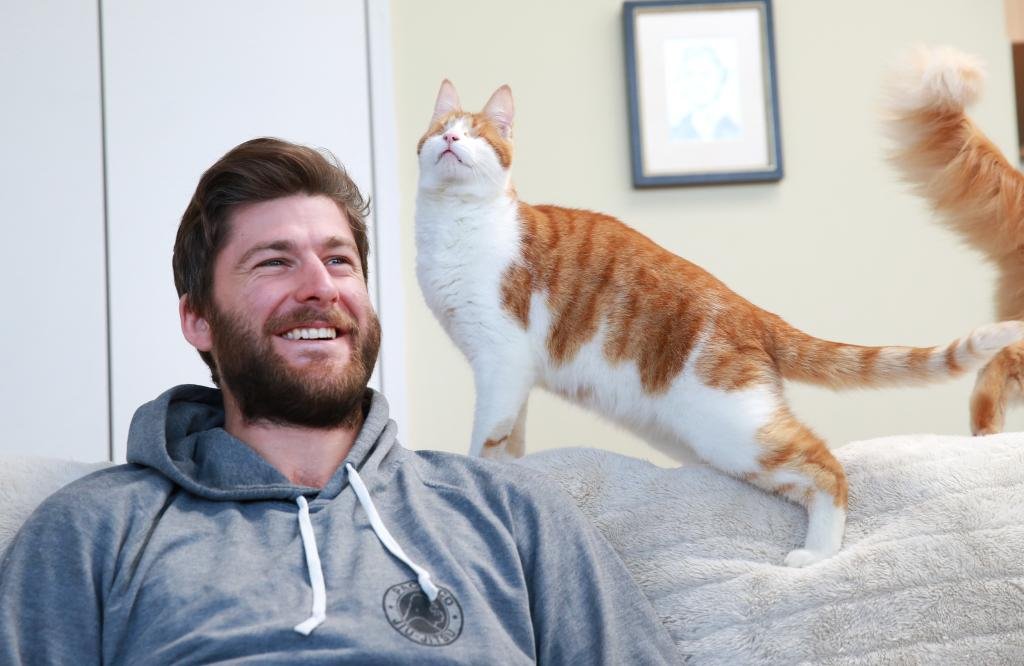 Little did they know, however, they’d find two.

These boys were just shy of their first birthday when the pair decided to adopt them. Buddha was anxious when he moved into his forever home.

“He was in a state of anxiousness, more so than his blind brother Mogwai,” Mr Parbury stated.

“He stayed in the bathroom in the carrier for about eight hours. Mogwai had already tracked the walls of the apartment 30 times. 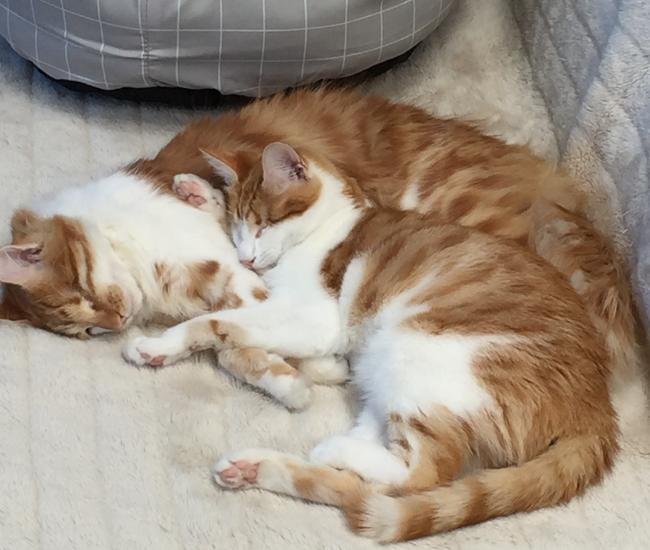 The brothers love to snuggle.

“When he had done the perimeter he ventured into the middle.”

Mr Parbury actually has video of blind Mogwai playing between the legs of the dining table and chairs on that first day.

“That’s 20 vertical posts and he avoided them all while playing,” he went on to say.

He went on to explain that people had tried to bamboozle Mogwai by playing with him from one side of the room to the other and introducing foreign objects in order to see if he could sense them. 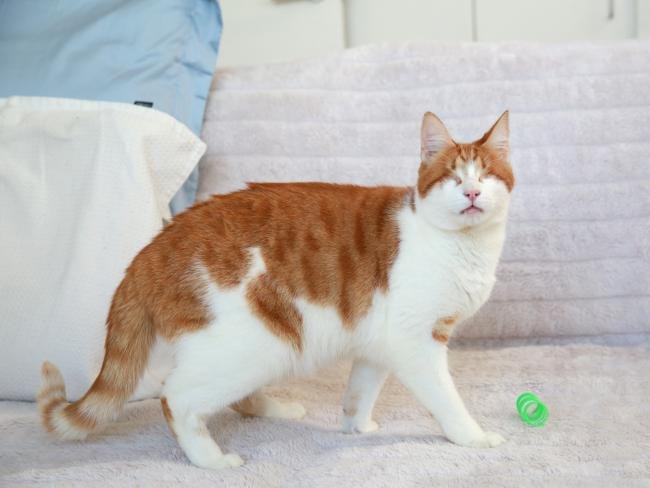 On each and every occasion he avoided them, shocking many.

The Dee Why couple said people have literally fallen in love with the cats, purely over the fact they were found together.

He added that the fact that Buddha stayed with his brother, knowing their fate could have gone either way, was heartwarming.

“The connection these two have is definitely what warms your heart when you hear it. Whatever happened, wherever they ended up, they stuck together,” he stated.

Just one year on, if Mogwai gets a little disoriented he calls to his brother Buddha, who comes to ‘sort him out’. 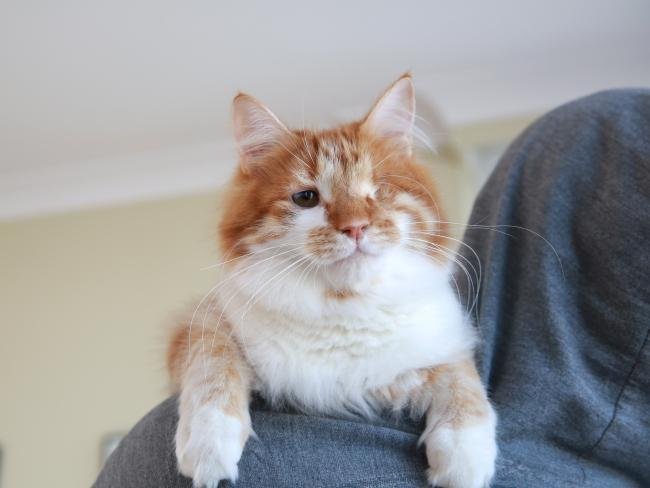 The bond stretches way beyond being brothers. Mogwai has literally saved Buddha’s life.

Buddha was playing with a lid in the lounge-room and Mogwai was in a totally different room of the apartment being cuddled by KA before she went to work. A special routine they always have.

Mogwai jumped quickly from her arms, something he’d never done before. He then ran to his brother in the loungeroom and headbutted him in the back. 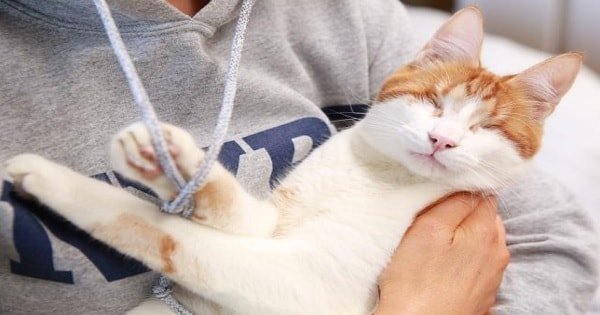 Before KA could check, Mogwai headbutted him once again. KA was then able to intervene.

She bent down and literally dislodged the lid from his throat which was lodged causing him to choke.

“We were blown away. How did Mogwai know, from one room away, that Buddha was in trouble?” Mr Parbury stated.

“They share some sort of crazy connection that goes much deeper than just brothers.” 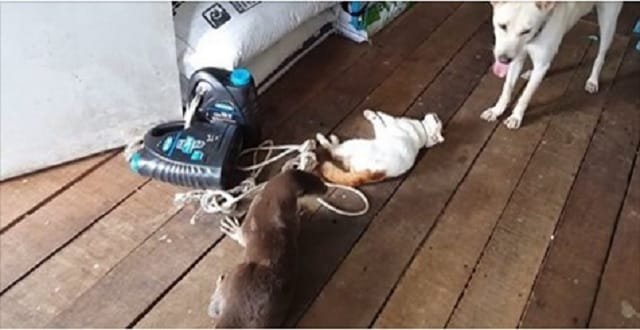 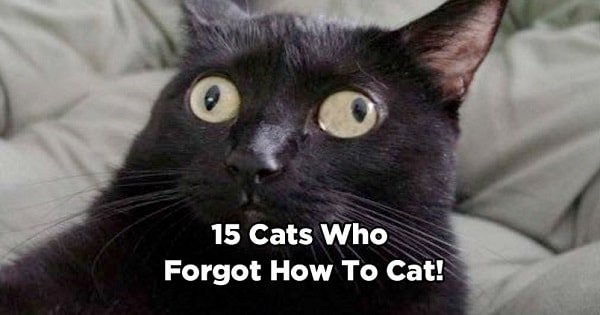 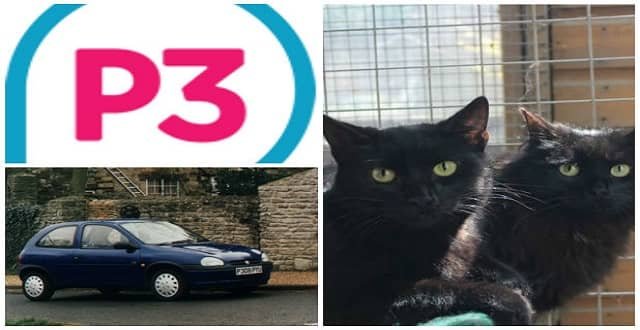 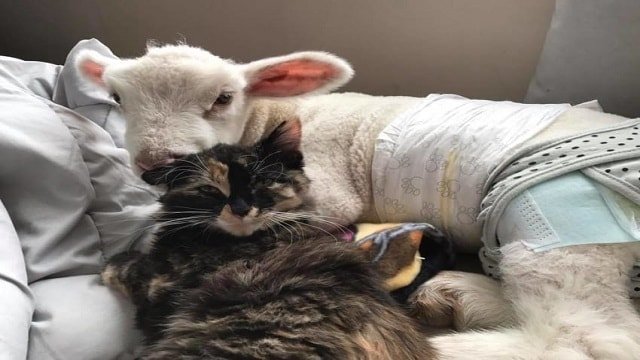 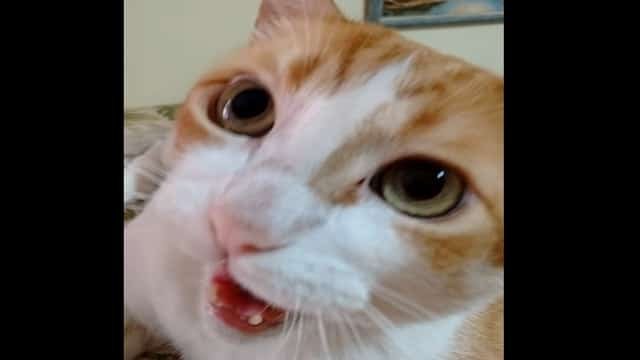 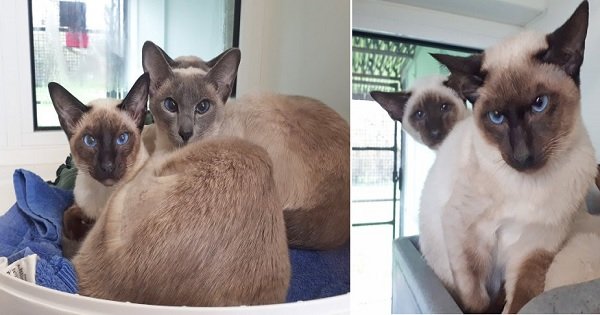