ZIMBABWE – Isn’t it true how nature never ceases to amaze us? Sometimes, the oddest pairings of animals emerge from the animal kingdom. The latest such bond is between monkey and cat.

A monkey whose name is Horace lost his mom at a young age in Zimbabwe. The team who work together at Twala Animal Sanctuary found the lonely monkey and gave him a new home.

Due to the sanctuary’s very tiny staff, the team was forced to raise all the different animals together. At first, they didn’t know what to expect but what ended up happening amazed them!

This is Horace the monkey! 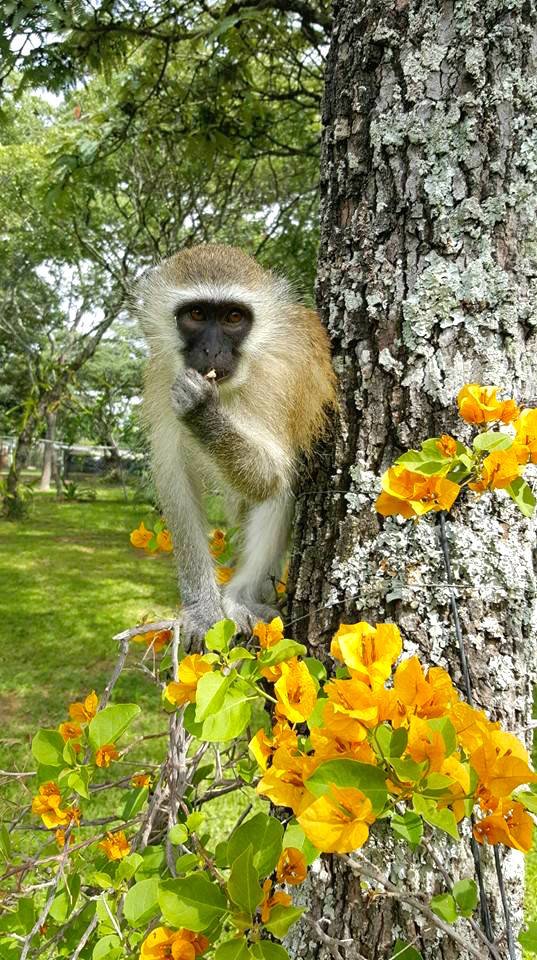 Sarah Carter is the actual Found of the Sanctuary. She reported That Horace’s birth mom died when she was hit by a car. And so, the sanctuary was forced to raise Horace around many types of animals!

The bonds he formed shocked the team! 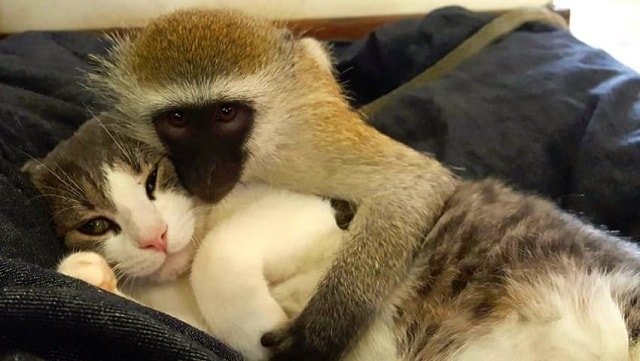 Horace actually prefers the company of cats over that of other monkeys. On the evenings, Horace likes to play with the cats. 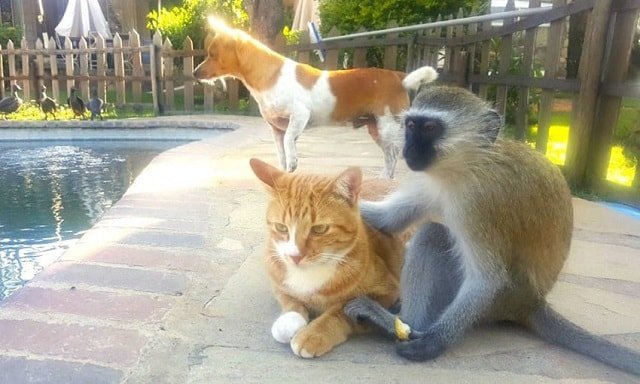 Everyone there is part of one big, happy family! The sanctuary cares for animals just until they can live in the wild. As for Horace, the sanctuary has decided to keep Horace because of how close he has become with some of the other ‘resident animals’. Horace has become the sanctuary’s ‘mascot’. 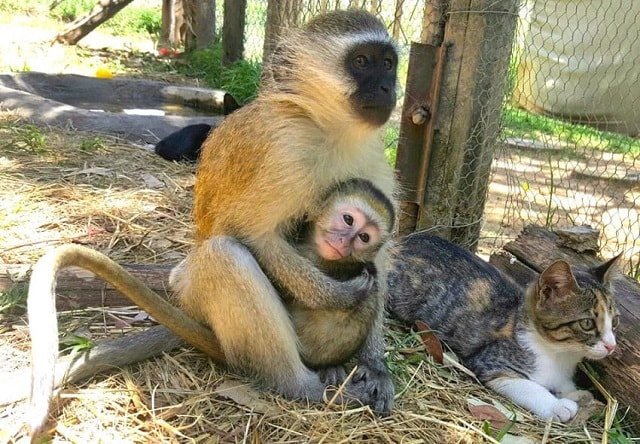 And Horace is the ring-leader! And he loves to partake in cuddle puddles!