MICHIGAN – Leann Huff of Elsie is claiming a British boy band came to the rescue when the family cat went missing.

The family’s beloved Maya, who is a 10-year-old declawed cat, went outside on Friday, July 15. Though she usually is an indoor pet, she sometimes goes out briefly from time to time and runs back in when the door is open.

However, when Huff began looking for her a short time later, Maya was nowhere to be found. The family lives in the country along a dirt road that has many cornfields bordering two sides of their property.

A full-blown feline search was quickly launched by Leann, her husband, David, and two of her four children, Janie, 19, and Jon, 22.

“We logged mile after mile back and forth through rows and rows of corn, soybeans, tree lines, and weeds calling ‘kitty, kitty, kitty,’” Huff said to a reporter.

By Monday night, after a full four days of searching, the family was getting quite discouraged. Huff said they put out many fliers but with no luck. They feared a fox or coyote might have killed their cat.

As a last-ditch effort, Janie came up with the seemingly crazy idea of blasting her 90-song collection by One Direction, a London band who are responsible for such hits as “Perfect,” “Drag,” and “Live While We’re Young.” That’s the music Janie listens to in her room where the cat sleeps. 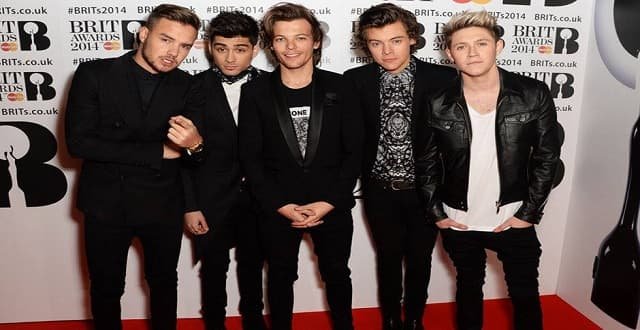 And so, the family hooked up Janie’s iPod to a speaker and blasted it out over the cornfields Monday night and went to bed.

On Tuesday morning, the fifth day after the cat went missing, Maya was outside when Huff rose around 5:45 a.m as the music still echoed outdoors.

“She was thirsty, hungry, and exhausted but otherwise unharmed,” Huff stated.

The family theorizes that Maya somehow got lost in the big cornfields and the steady flow of familiar music allowed her to follow it back home.

“We are giving the boys of One Direction all the credit,” Huff stated.

The former band members of One Direction declined to comment.