It might not be very paw-lite, but this cat isn’t afraid to ask for what she wants.

An adorable kitty was captured on camera by her owner, who goes by the username ciganyolga, begging to eat anything and everything in a video published on Tuesday on YouTube that has gone viral. 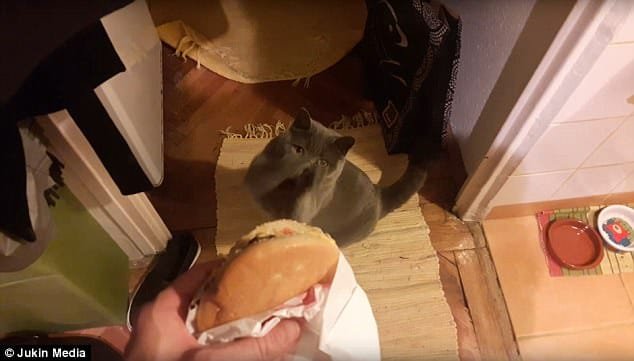 The cat’s name is Pocak, a Hungarian word which translates to ‘paunch’ or ‘tummy’ in English.

The video is titled ‘mindegy neki,’ which when also translated from Hungarian means ‘all of them’ in English. 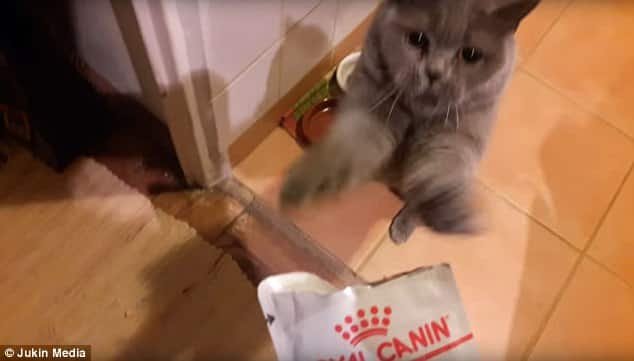 In the video, you can see the cat standing on her hind legs and pawing in the air for a myriad of yummy treats held out by her owner, to include a cheeseburger, cereal, cookies and a wide range of more feline-friendly foods.

‘Begging this way is her skill since she was a kitty, I did not train her,’ Pocak’s caregiver wrote in caption for the clip. ‘I cannot train her to do anything, anyway.’ 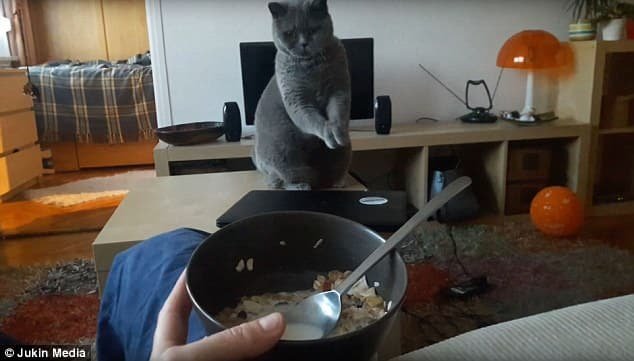 ‘I bought the cat from breeders,’ the owner writes. ‘When I picked her up, after watching the “exhibition” of her parents’ awards from different cat “beauty pageant‎s,” they handed me a 10 pages long handbook about what exactly I should feed the cat with.’ 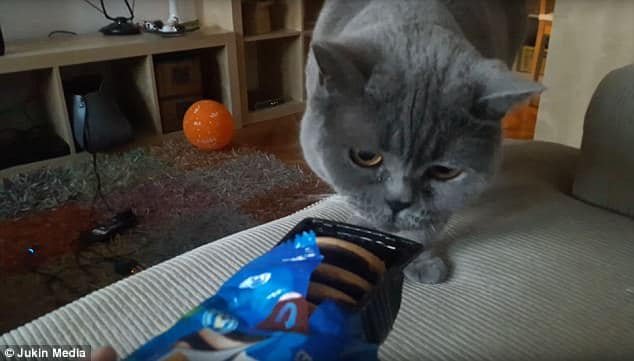 Pocak’s owner explained the breeders instructed that she only eat Royal Canin products.

However, a different life was in store for the furr-ever hungry kitten.

‘On our way home, I made a deal with the cat,’ the owner mentioned in the video caption. ‘I won’t call her von Orchidenwald Baby Mercedes, like her mom, or similar posh cat names, and in exchange, she does not torture me with being snobby and picky.’ 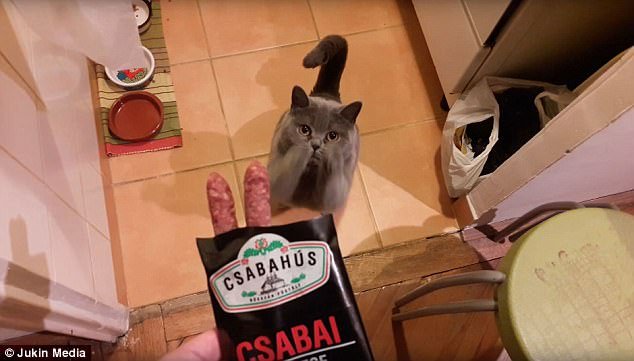 ‘She agreed,’ her owner went on to write. ‘And she wants to eat everything.’