UNITED KINGDOM – A clever tenant deserves a round of a-paws for his invention – ax exquisite homemade ladder so his beloved cat can travel in and out of his home after his landlord banned a catflap. 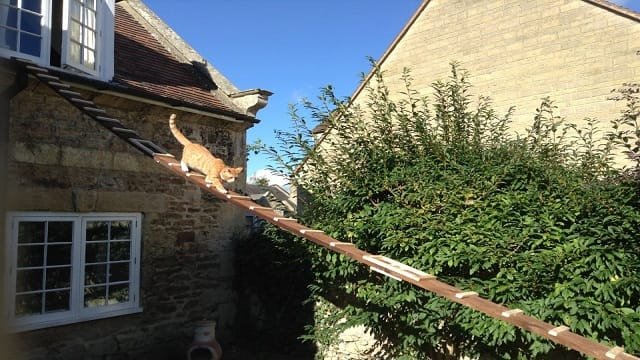 Tariq Khoyratty, who is 26, made the 7m ladder, which is 15cm wide, for less than £25 from four 6ft decking planks and strips of wood.

His girlfriend Nikki Wheeler, who is 26, came up with the idea after their estate agent banned them from fitting a catflap to their 17th century Grade II listed cottage’s back doors. 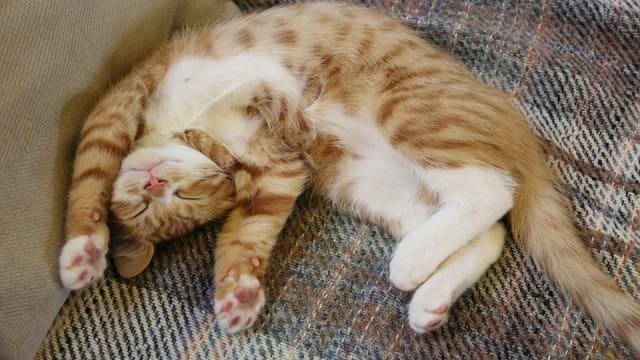 Since building and installing it back on Saturday, October 8, their five-month-old ginger tom cat, whose name is Nelson, has been constantly running up and down wooden structure.

It is attached to the couple’s first-floor bedroom window with an easily detachable bungee cord. 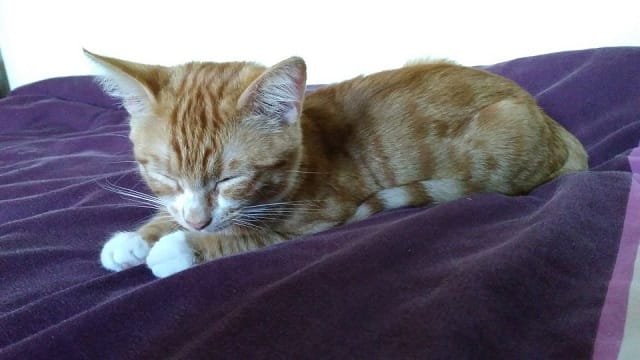 Tariq, who is currently studying a PhD in Immunology at Oxford University, stated: “We were a little apprehensive at first as to whether he’d use the ladder so we made a small practice one which we propped against the downstairs window.

“Once he was used to that we coaxed him onto the larger ladder with treats and he took to it very quickly.

“He now uses it as his main access route in and out of the house. This is perfect for us as he’s now free to come and go as he pleases without one of us having to act as a doorman.

“Our main concern was that Nelson might slip off the ladder, he has been known to fall off the back of the sofa, which is why I installed the rungs.”

What a great creation!