Have you ever wondered why does your pet stop in the middle of your living room? – well, it turns out that dogs and cats see actually invisible things!

Are you frightened yet? 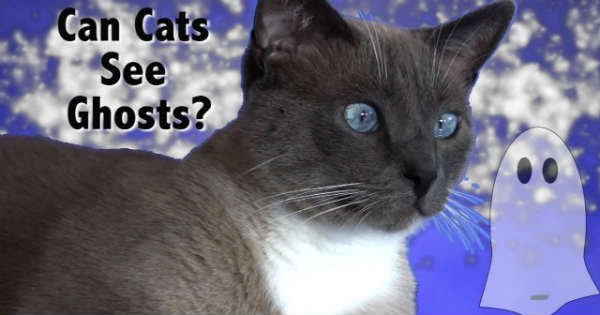 Not long ago, a biologist from the City University of London proved that animals, including dogs and cats can see the UV rays. This UV light that cats appear to see is a wave length below the visible light from red to violet that humans are able to see. Scientists are now saying that cats see invisible things because of their ability to see these UV rays and those are invisible to us. What this means is that cats do not have the sixth sense they just have an enhanced fifth sense. We humans have lenses that block those UV rays and protect our retina.

It was at one time believed that animals had lens just like humans do, but since these scientists done their research it turned out otherwise. They went ahead and studied lenses from dead animals, mammals and discovered that some of the animals that were thought that were not able to see the rays actually they were! I guess the big question here is – is your kitty really able to see ghost or spirits?! Even though the research wasn’t about this ability, proving that cats are able to see something more than their human parents raises even bigger questions.

In concludion – cats do indeed see invisible things, things that are not visible to the human eye.