This kitty in this story proves that for him, there are no limits. All he wants is to be just like his siblings, even though he was born with shorter legs.

Let’s start by telling his story! A stray cat mama cat gave birth to a litter of kittens, but sadly, one of them was born with very short front legs.

At first, the poor thing couldn’t run as fast as his siblings but yet, he managed to steal the hearts of everyone who came in contact with him!

He was named ‘Mouse’.

‘Mouse’ was brought into the Best Friends Kitten Nursery, which is located in Salt Lake City, Utah, along with his mama and siblings and they were all a bit, for lack of a better word, ‘wild’. 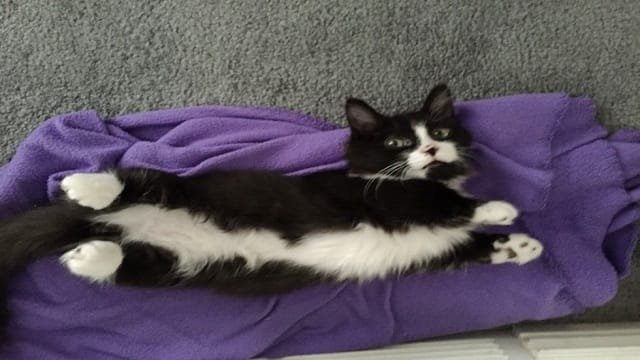 Barbara Williamson, who is of Best Friends Animal Society, explained how they realized Mouse was not only little wild but that he also had a congenital deformity.

His front legs were not developing like those of other kitties. Once he was placed in a foster home, he became much tamer. He began to snuggle with the resident cat there and the staff began to see a sweet and cute personality emerge. 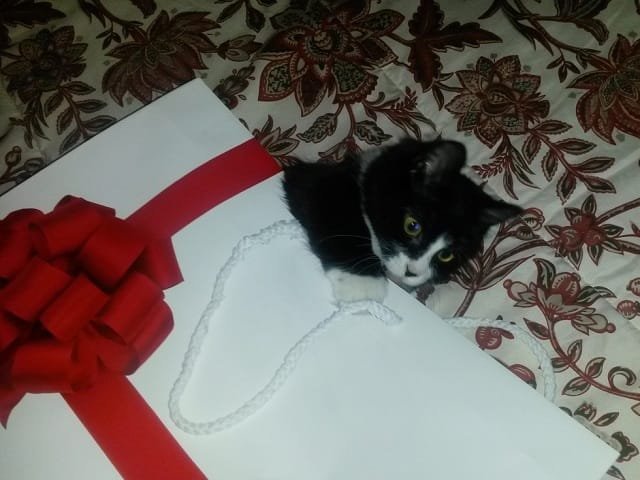 Mouse loves adventure and he likes being indoors . He even has the sweetest meow!

Mouse was adopted by Lana and Curtis Crichton who absolutely fell in love with him and his personality.

He was soon renamed ‘Smalls’. 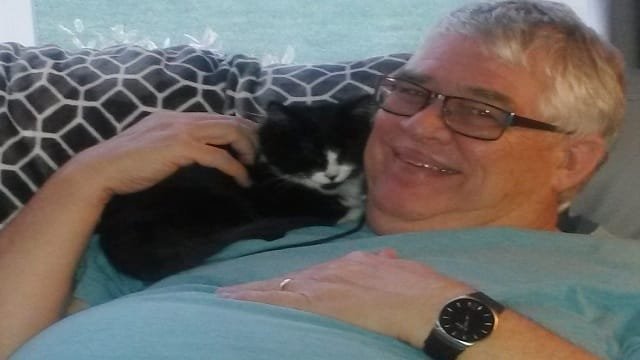 Today, Mouse is happy and living in his brand new forever home, but of course, he still loves adventure!

And even though his front legs might always be a bit small, he doesn’t let that stop him from enjoying life with his lovable, rambunctious ways! 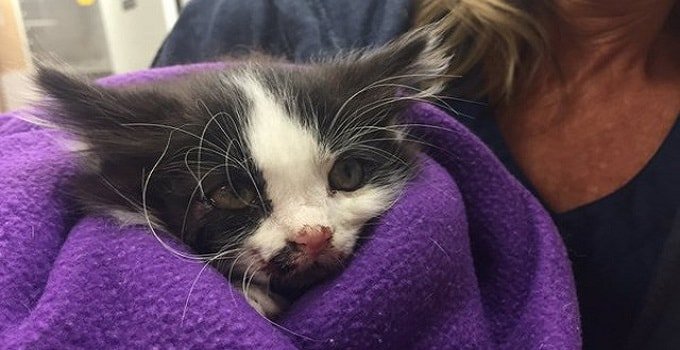 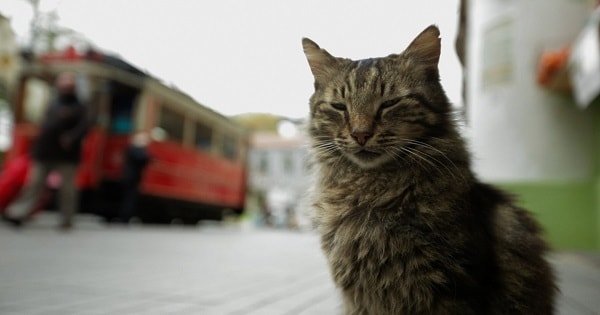 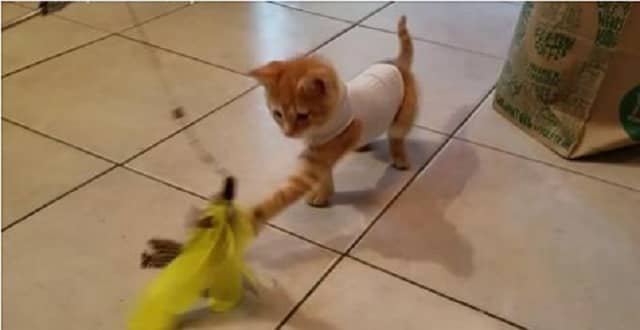 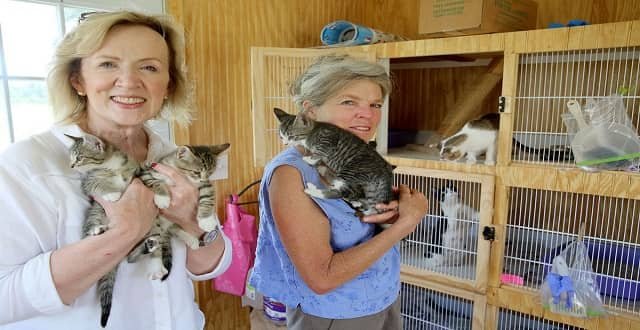 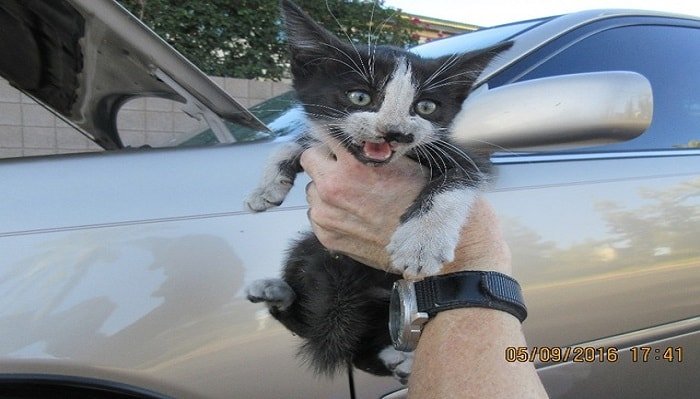