A stray cat somehow got stuck on the ledge of a 20 story apartment building. When a couple spotted the ginger feline, they dropped everything and went to his rescue.

About a year ago, “I walked out of my apartment on the 20th floor of our building and saw this little guy just chilling out on that ledge,” said Alice Pieschel who was living in Peru at the time. (Imgur)

It was a very dangerous spot for the kitty to stay. They used food to coax the cat to move closer to them so they could grab him as soon as he was in reach. “After bribing him with some food, we were able to get him to safety,” Pieschel added.

They didn’t know just how long the cat had stayed there for, but once they brought him inside, the kitty was very exhausted but thankful at the same time. “Once we got him inside, we saw that he was very skinny and dirty but other than that he wasn’t injured. He kind of just sat around with that look on his face for a long time. Poor baby was so exhausted,” she added.

“After no one came forward to claim the kitty or try to explain how he got out on the ledge of a 20 story building…..we decided to keep him!

We gave him a bath, took him to the vet, and bought him toys. But as you see here, it took him a long time to get to the point where he wanted to play.” 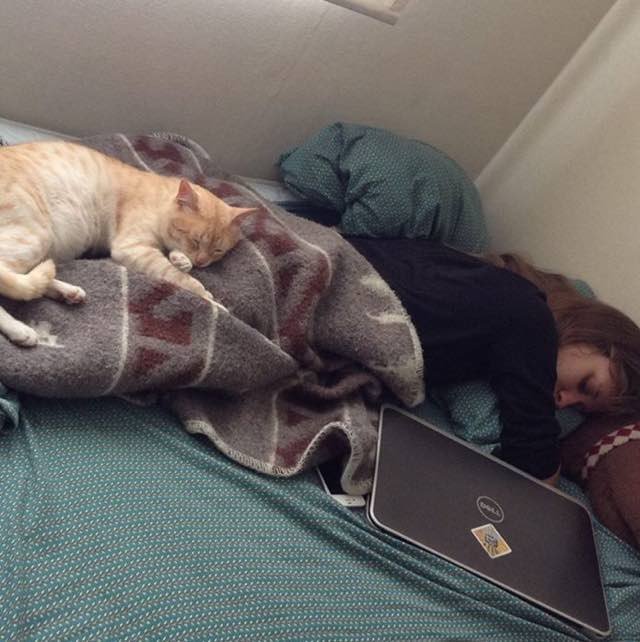 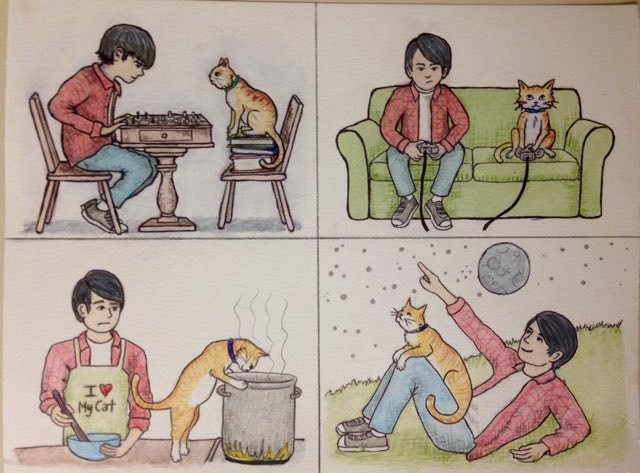 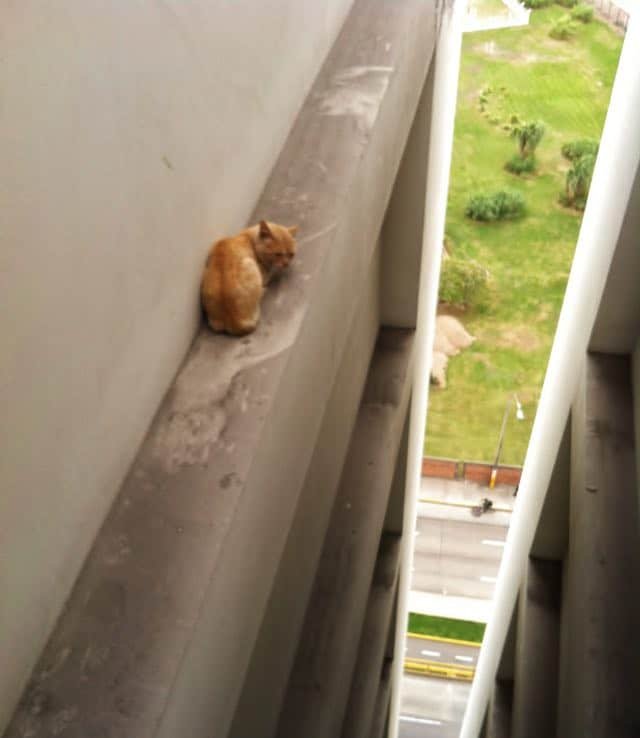 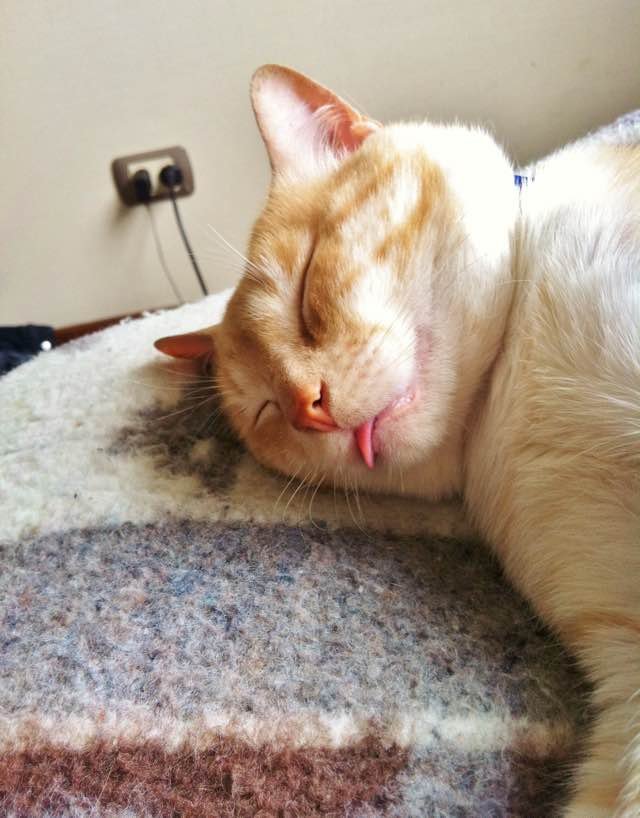 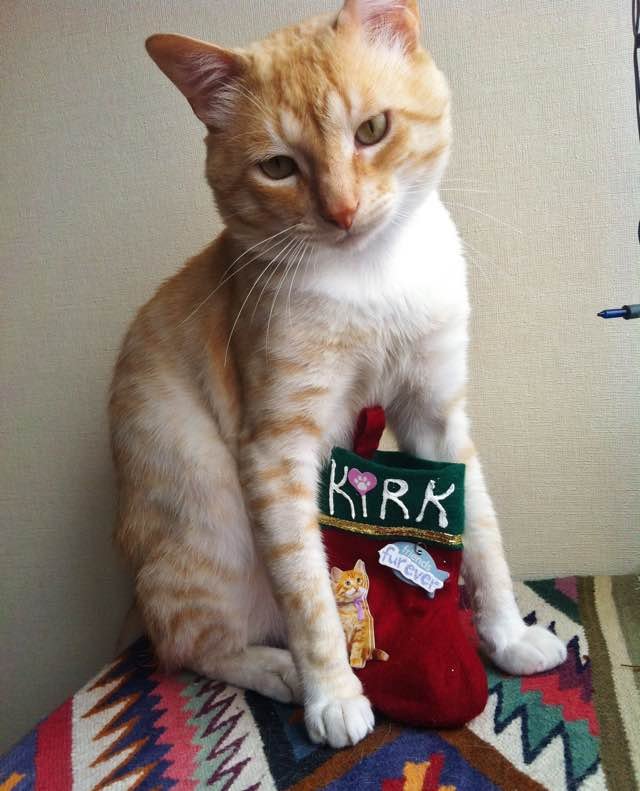 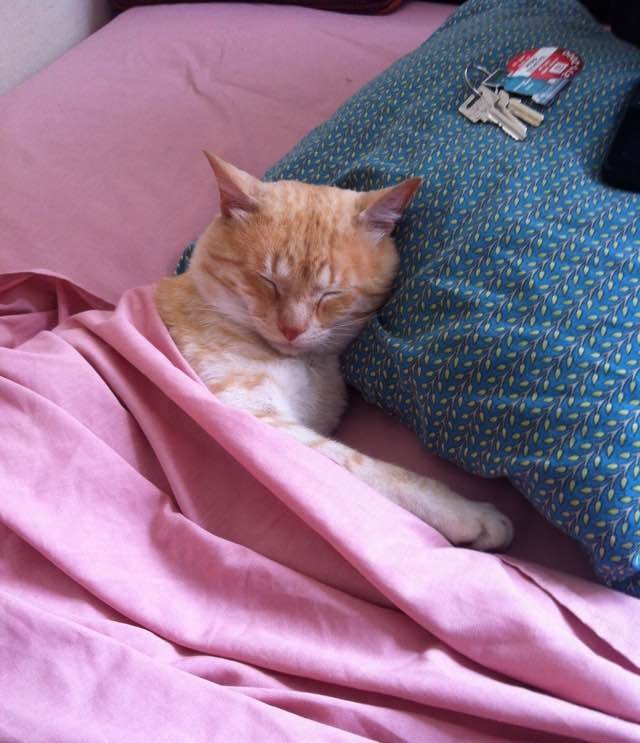 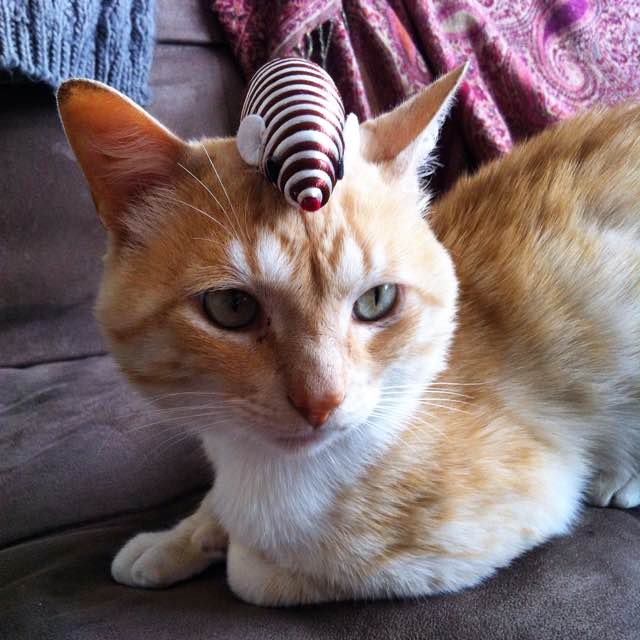 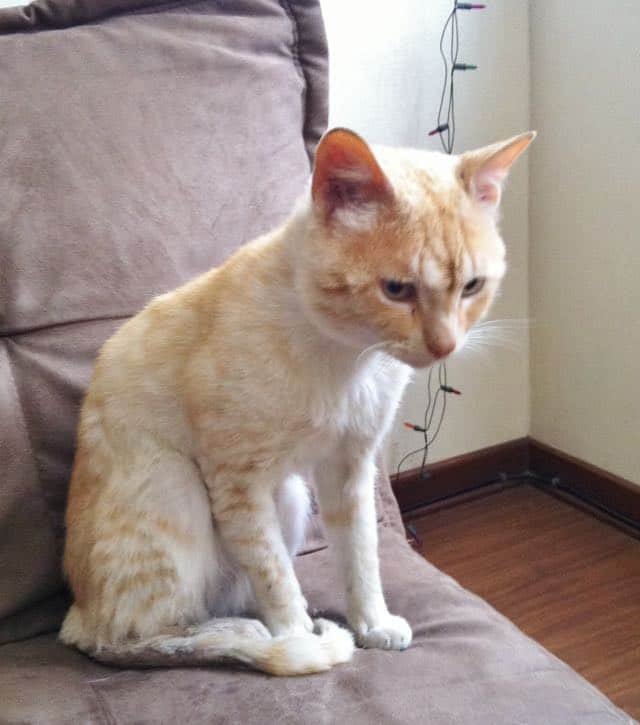 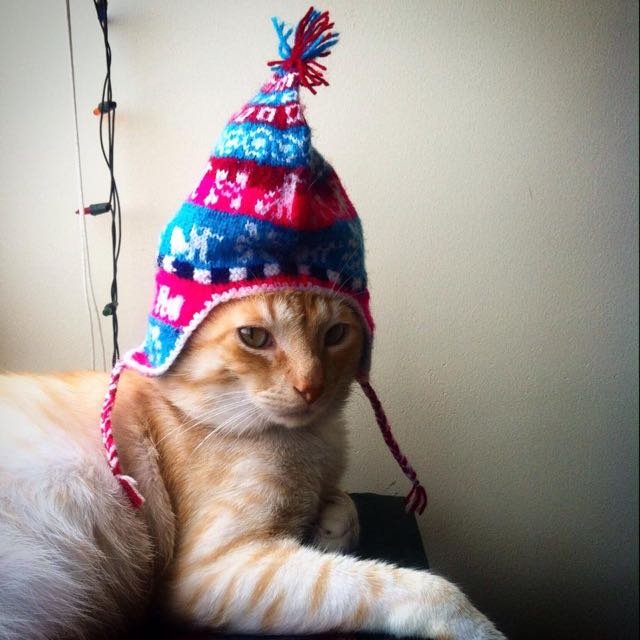 “Kirk is a Peruvian cat but I’m trying to teach him English because soon we will be moving to the USA.”

Kirk has inspired his human mother to start draw comics: Adventures of Hugo and Kirk. (by Alice Pieschel)

He is always with his family, snuggling, playing or keeping them company. Now there’s nowhere else he’d rather be. “He is basically the most spoiled cat in the world now.” 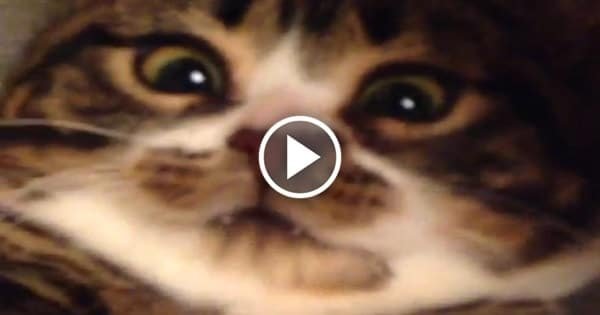 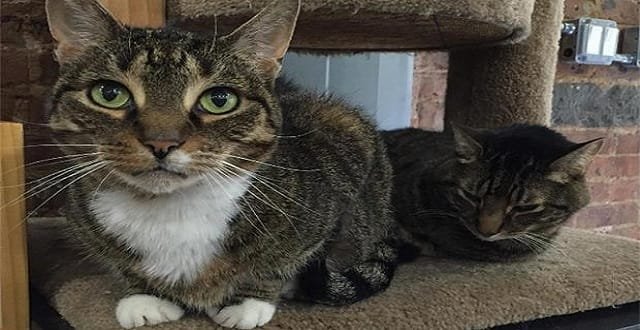 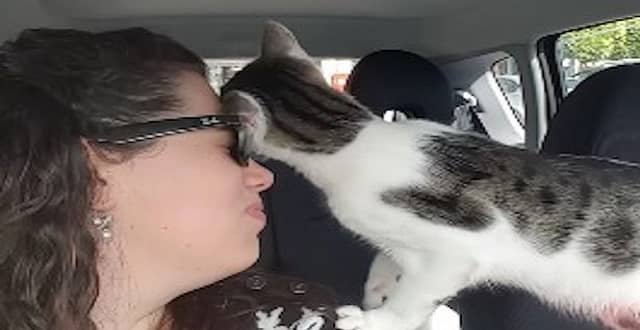 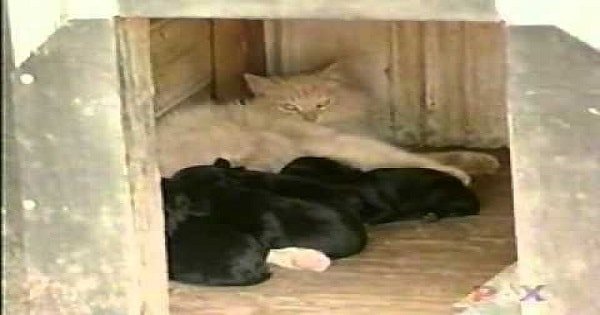 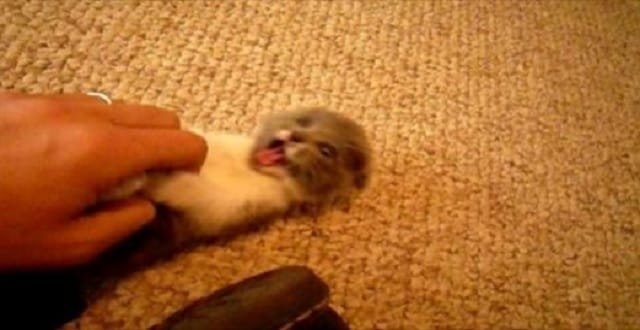