There are pretty crazy cat ladies all around the country, but our pick for the top spot would be 68-year old Lynea Lattanzio from California.

Lynea has 1 100 cats (! – not kidding), and most of them were either abandoned or feral. More than 20 years ago, Lynea was asked to help her father find a missing cat, and when she got back home, she brought 15 kittens with her. Up until now, Lynea is constantly surrounded by cats, and she’s certainly loving it.

“I love them because they’re independent, graceful and beautiful,” she said in an interview with Daily Mail UK. “I’ve taken in and lived with nearly 30 000 cats, so that’s probably a record. I’d say I’m probably at the top of the list of crazy cat ladies,” Lynea says laughing.

After taking in so many cats, she built a sanctuary (The Cat House on the Kings), paying for it straight out her pocket. She sold her wedding ring and car and built the sanctuary, which is now home to 800 cats and 300 kittens. Lynea says that she didn’t dream of owning more than 1000 cats, but step-by-step, she brought in more and more cats at home.

Lynea was living in a 5-bedroom house, but it soon became too crowded and she sold it. “There just wasn’t any more room,” she said. “The rooms were full with 60 or more cats and dogs, so I sold it.” 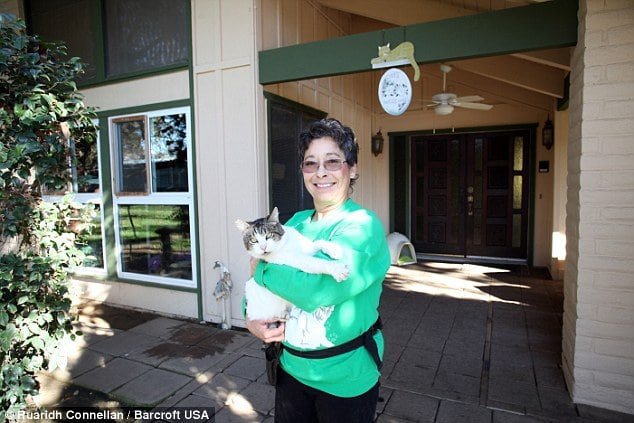 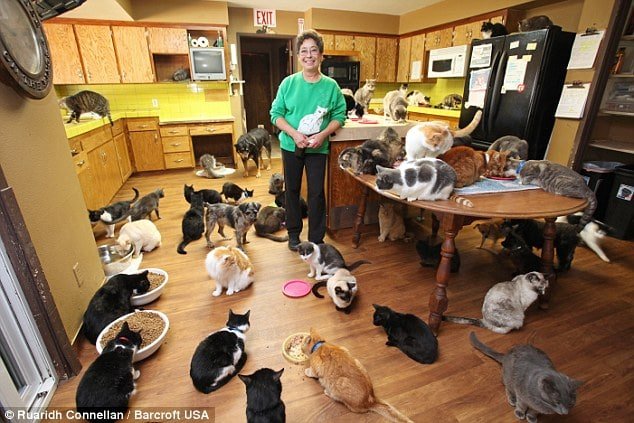 She moved to a mobile home trailer and swore it would be a cat-free zone, but she says that she’s now living with 20 kittens and 4 puppies in it. “You can take the woman out of the shelter but you can’t take the shelter out of the woman,” Lynea says. 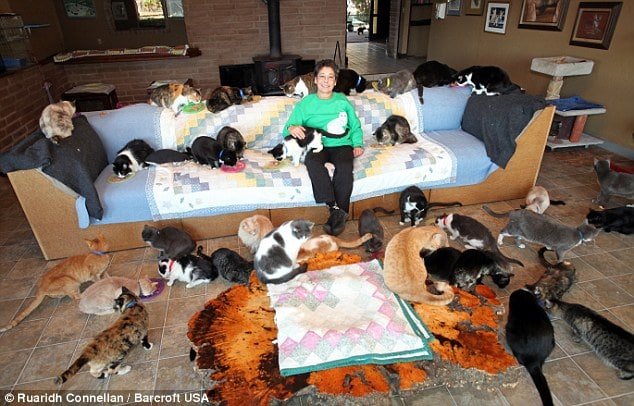 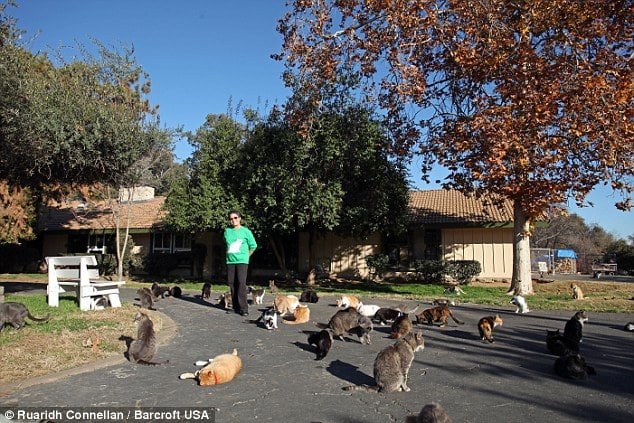 Of course, the sanctuary costs a lot to run. Roughly, Lynea needs $1.6 million per year to cover her costs. In order to cut back the costs, she trained for a vet and provides medical care to all the cats in need. 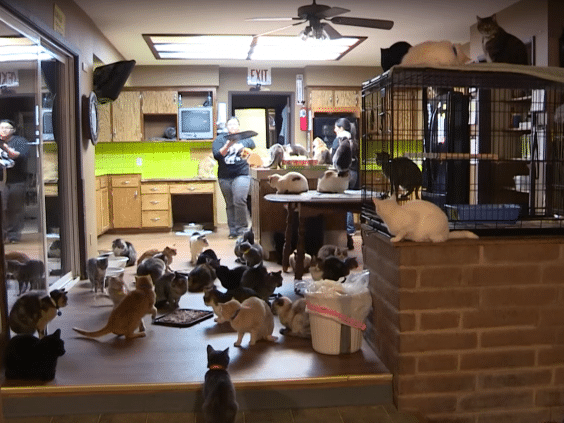 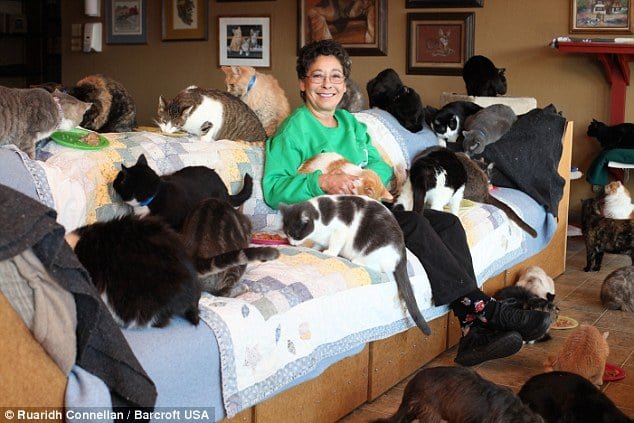 Although she loves her cats, she hopes to find homes for them all. If you want to get one adopted, you can fill a form on her website (http://www.cathouseonthekings.com).