One day while he was riding his bike, Mathieu Patry noticed some kind of commotion near the trail he was riding on. He heard faint sounds coming from a nearby bush and went to investigate. After locating the sound, he found a tiny kitten that looked nothing like any tiny kitten he ever saw. However, he couldn’t even dream about what came next.

After a closer look, Mathieu noticed that the kitten wasn’t a common house cat. “It kinda looked like a lynx to me,” he says. “His eyes, ears, and tail were just too different.” 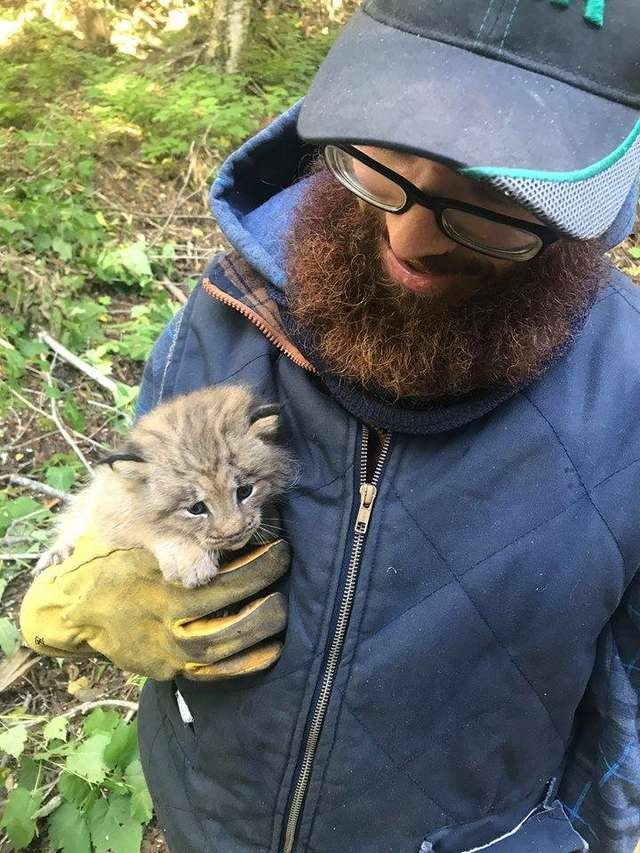 Mathieu was hesitant for a while, but eventually decided to leave the kitty behind. He assumed that its mom would sooner or later appear and look for her baby. He left home, but couldn’t stop thinking about it. 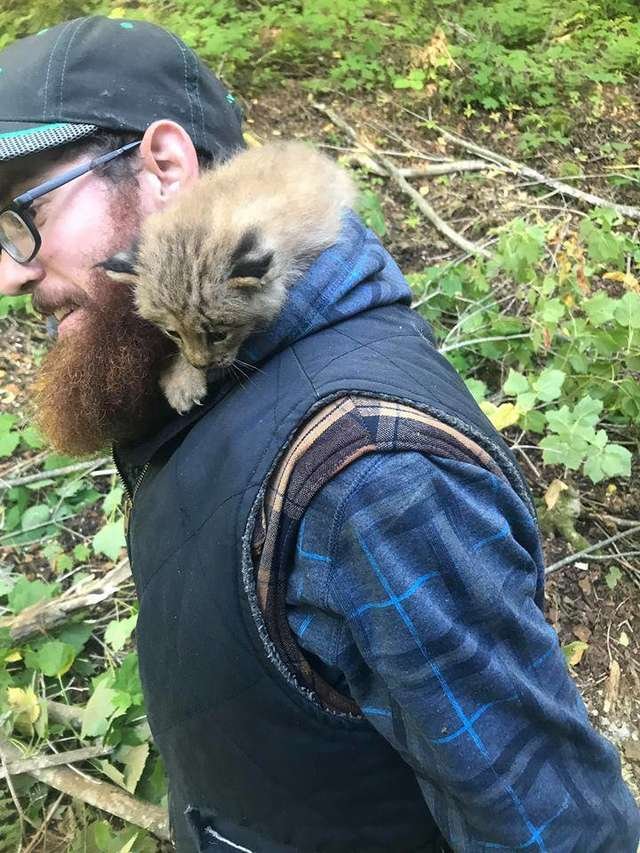 Mathieu went back to the spot where he left the baby lynx first thing in the morning, and it was still there all by himself! It was obvious mommy never returned, so this time, Mathieu took it home and made a cute new friend. 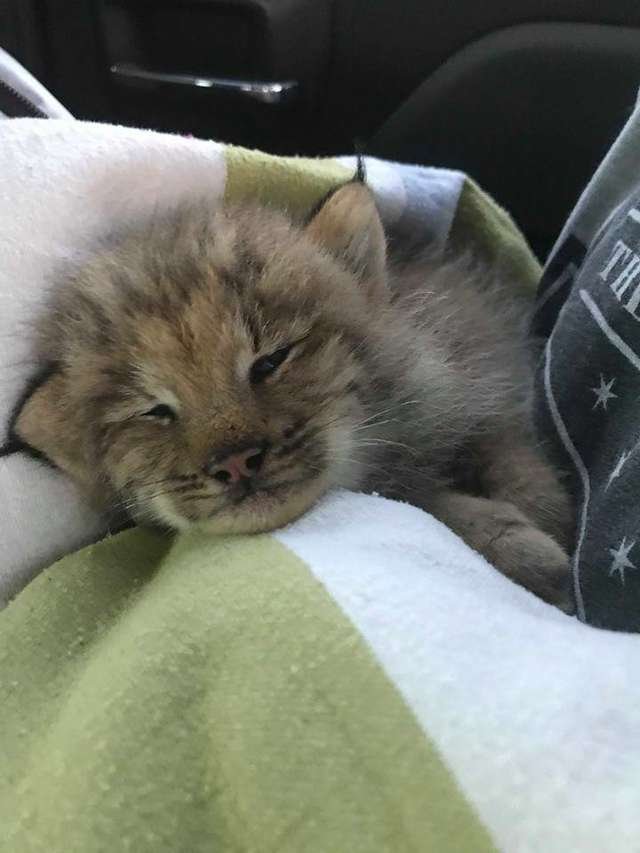 Having no idea how to care for a wild animal, the called the zoo and asked for help. The staff instructed him how to feed the lynx baby and how to take care of it properly. 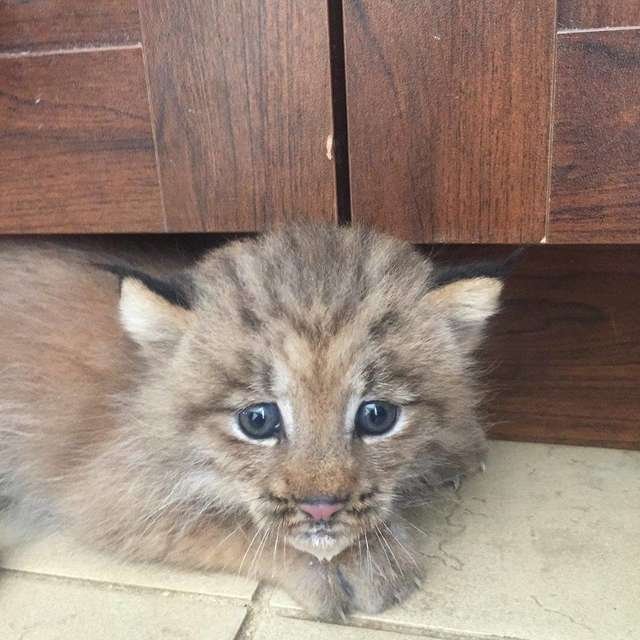 Mathieu brought the tiny cat to the caretakers a day later and they told him that it wasn’t a baby after all. It was so tiny because it struggled to find food and survive in the wild, but now that he’s in the right hands, he can catch up. The zoo will take care of the kitten before releasing it to the wild when its ready. 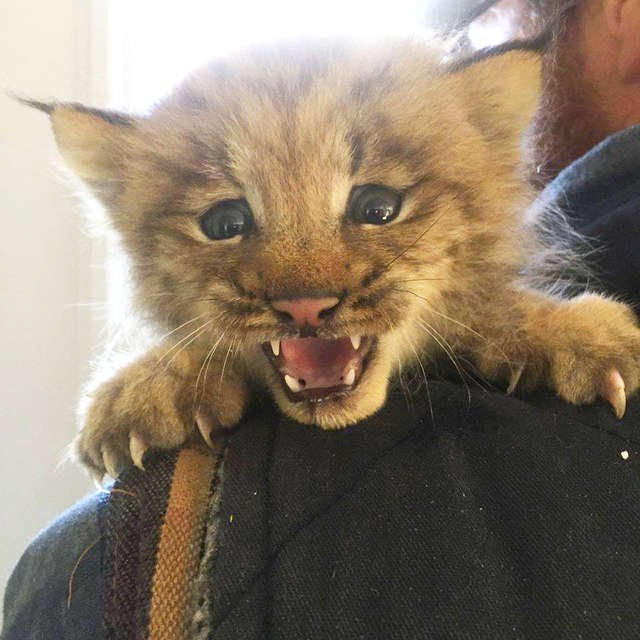 Here’s hoping that the beautiful baby lynx finds happiness in the wild once it feels better.