Doby is a cat born with a unique facial feature – two noses.

When Doby was only a baby, he was taken to an animal shelter where vets found out he’s not like other cats. Doby was suffering from a condition called cerebellar hypoplasia. He was wobbly on his feet and had a cleft nose.

Despite his shortcomings, Doby was doing great at the sanctuary. He become pretty close with a blind cat which got adopted shortly afterward. This hurt Doby, so he became shy and reserved. The staff realized Doby would do better with a foster parent and after posting his pictures online, he was quickly adopted. Jacqueline Santiago from the Friends for Life Rescue network took the cat in and posted pics of him online. 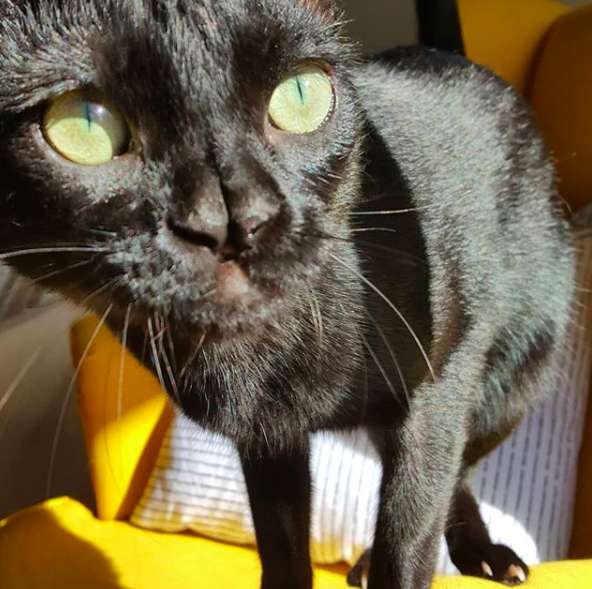 After posting a few pictures of Doby online, one woman fell in love with him immediately. She saw that he had a cleft nose and immediately started researching cleft palate and cerebellar hypoplasia. After staying at Jacqueline’s for a few months, Jeanne adopted Doby. As time passed, Doby became stronger and stronger and won the hearts of the whole family. As Jeanne explains, he’s a very happy cat. “He ‘sings’ in the morning when hungry and likes to have us by his side when he’s eating,” she says. Jeanne doesn’t mind the cleft nose. He sometimes has trouble breathing through it, but with Jeanne and her partner, he’s never going to suffer. Doby loves his new home and enjoys life to the fullest. He’s always cuddling with his parents and acts like a normal cat.