WEST LONDON – A cat that was successfully rescued from the blaze in West London is now being hailed as a hero and has been dubbed the ‘Grenfell Tower cat’.

Paucho, who is a grey-and-white pedigree, is currently being looked after in a nearby church.

It is believed the kitty was somehow separated from his owners.

Many people on the scene were seen hugging Paucho for comfort.

The #GrenfellFire cat, Pancho was rescued from a nearby flat & is being looked after at St Clement's Church @5_News #Grenfelltower pic.twitter.com/is9MxIoyTp

Many pets are believed to have perished in the blaze as people left them behind while they fled.

Esther Watts, who is 50, stated to The Guardian that she was was at her home in an adjacent block of flats, Hurstway Walk, when she was woken in the early hours by her dog who was barking loudly and someone banging on her door. 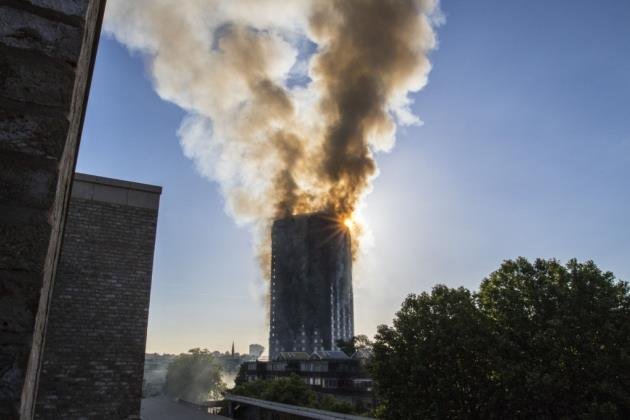 When she opened up the door, there was a policeman saying: “Get out now, go now, there’s a fire.”

She collected her dog and sent her 12-year-old son ahead of her as she quickly got dressed.

She concluded: “I hope they’re still there”.

Photo credits: The Guardian and The Comet / via: www.telegraph.co.uk