Joan Bowell discovered Chili the kitten on a field, near the place she lives in on a little Greek Island, where she also fosters various other cats she has rescued over the years.

One night she was out feeding her cats when she heard some meowing, which eventually led to finding Chili. Chili looked horrible, with his eyes almost glued shut from a bad infection.

Joan quickly tried to clean his eyes and provide a bit medical care. She also fed Chili some kitty formula, since it looked like he hadn’t eaten in several days.
“Within 14 hours his eyes have gone from being shut closed as if glued and now to both eyes being open,” states Joan.

Chili made a very slow but sure recovery, getting plenty of love from his new cat siblings. And they always seem to be able to cheer him up!

“I think he had already entered into the ‘twilight zone’ when I found him but he’s got an amazing fighter spirit and has already made an incredible recovery!” 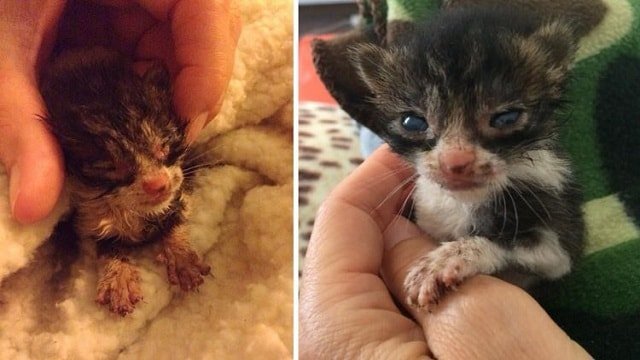 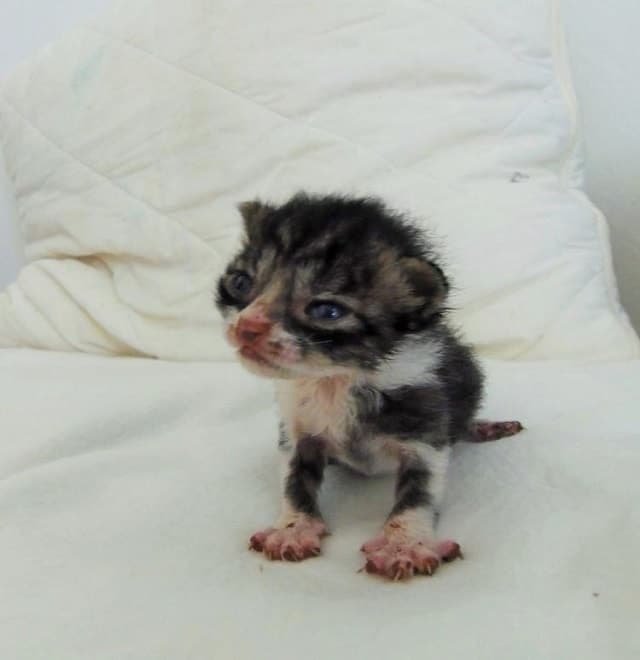 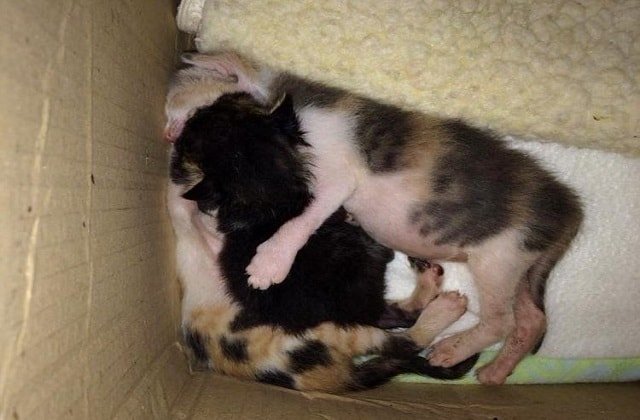 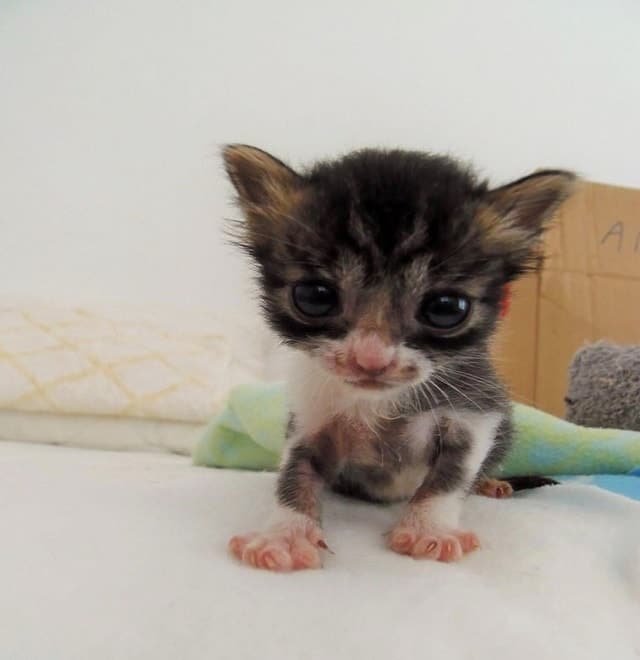 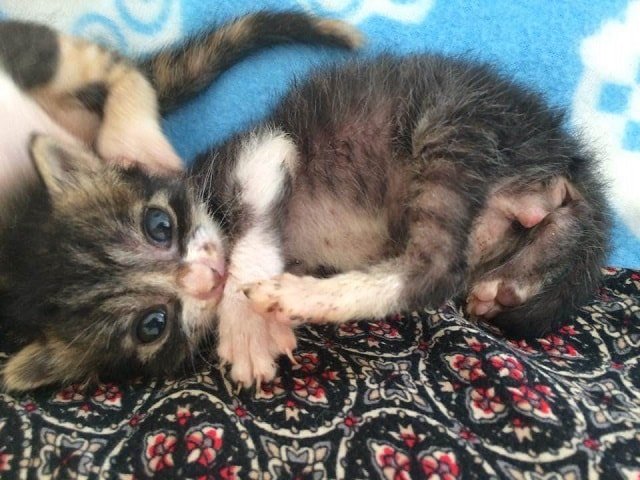 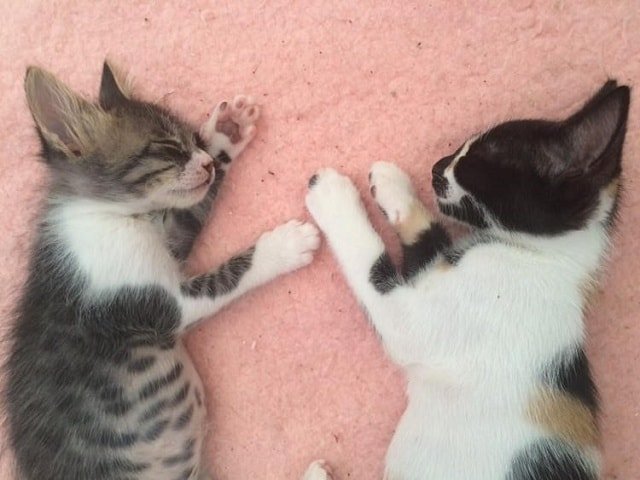 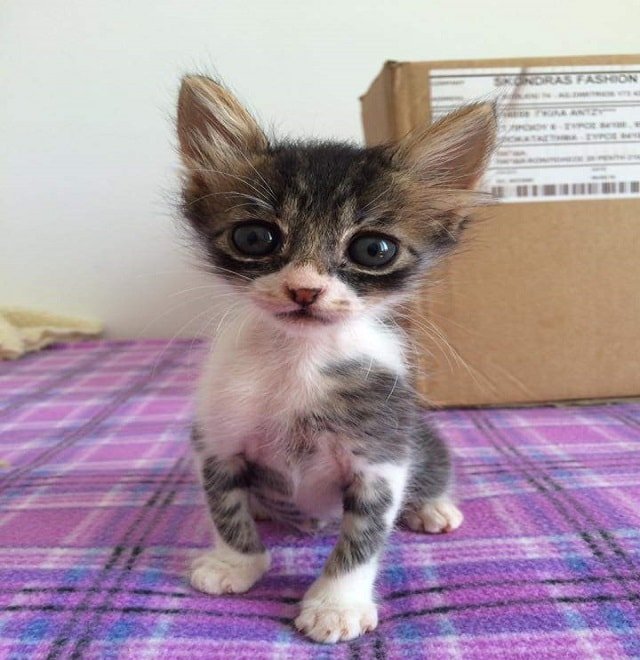 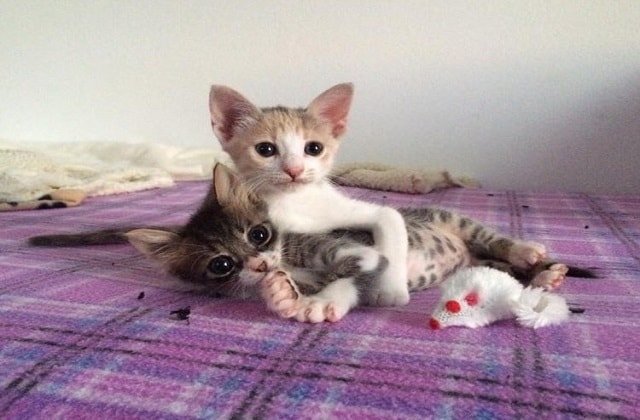 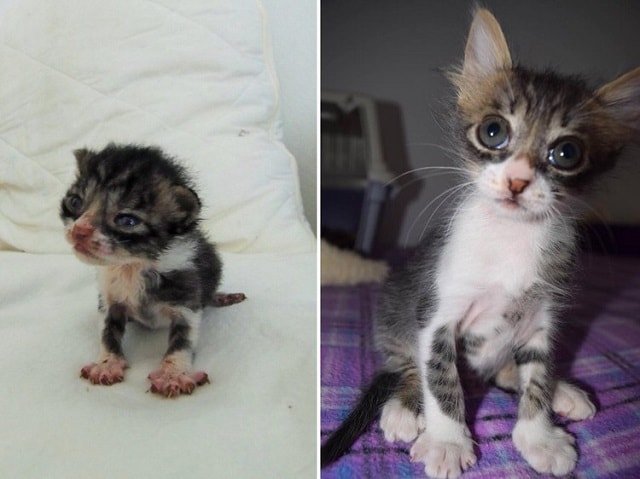 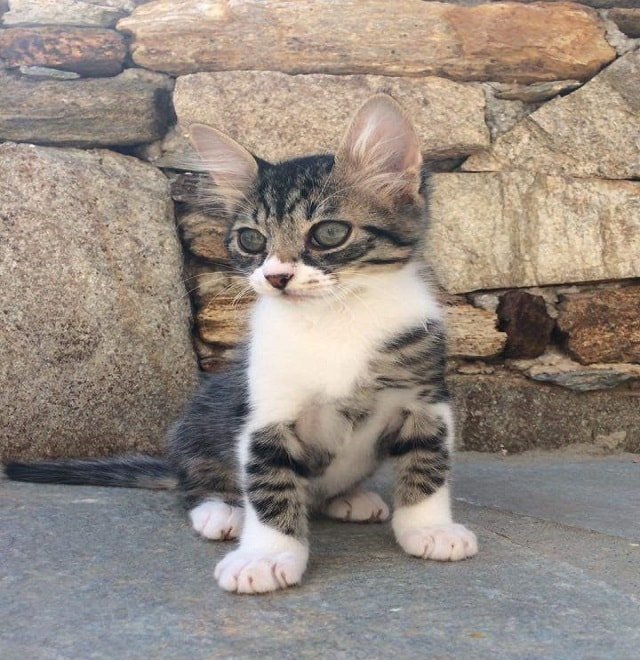