When Cheddar says “cheese” for a camera, you’ll clearly see that he’s often wearing clothes — but this is not just a feline fashion statement.

The 6-year-old orange tabby who is based in Chicago, Illinois, has had consistent various skin issues since he came into owner Nykol Tolstych‘s life, so the fashion designer thought up a creative way to keep him comfortable. 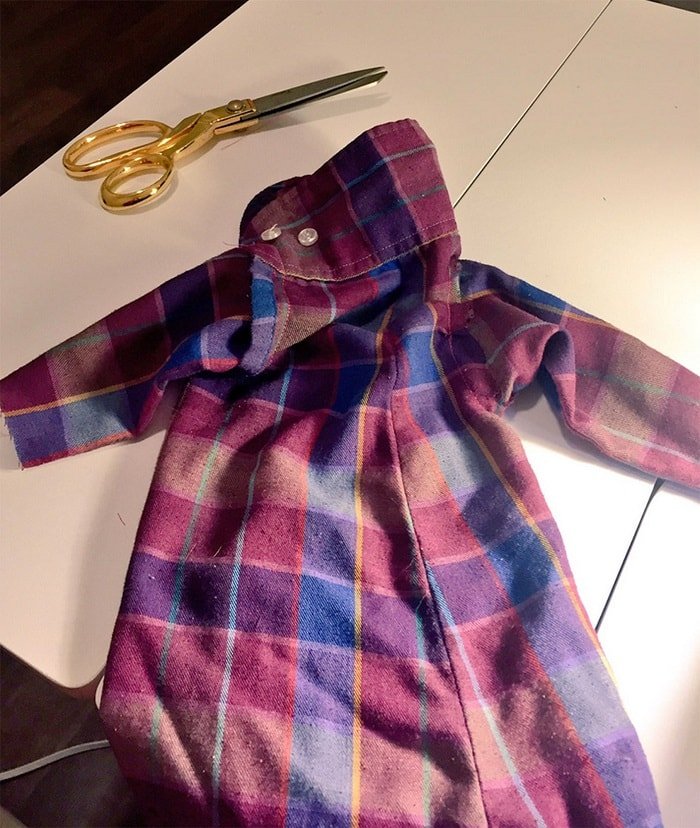 “[Cheddar is] always scratching and licking himself until he bleeds,” said Tolstych, who works in a real estate office by day. “After multiple vet visits over the years, I finally found a vet that was able to do a blood test, which revealed that he has 17 allergens.”

Sadly, though, daily allergy injections, steroids, and antibiotics didn’t help Cheddar to get any better and, at times, he has needed stitches to repair his self-inflicted wounds. 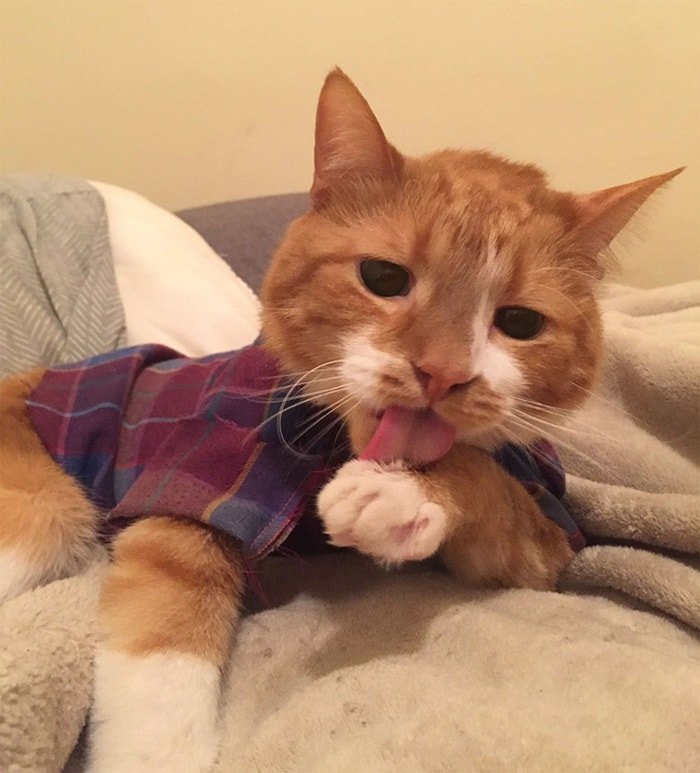 “So to keep him from tearing his skin up, I keep him covered in clothing and a cone,” stated Tolstych, who first told her story to Metro.co.uk.

The clothes actually protect the cat and also the earth, since they’re made from various scraps of projects she has fashioned for humans (and actually sold online on Etsy). 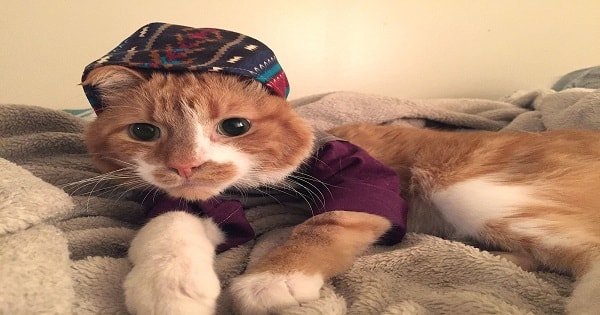 “He often matches the clothes in my store, or garments I have designed for clients!” she stated in an email to PEOPLE. “It’s a fun way to recycle fabric and make use of scraps that would otherwise go to waste.” 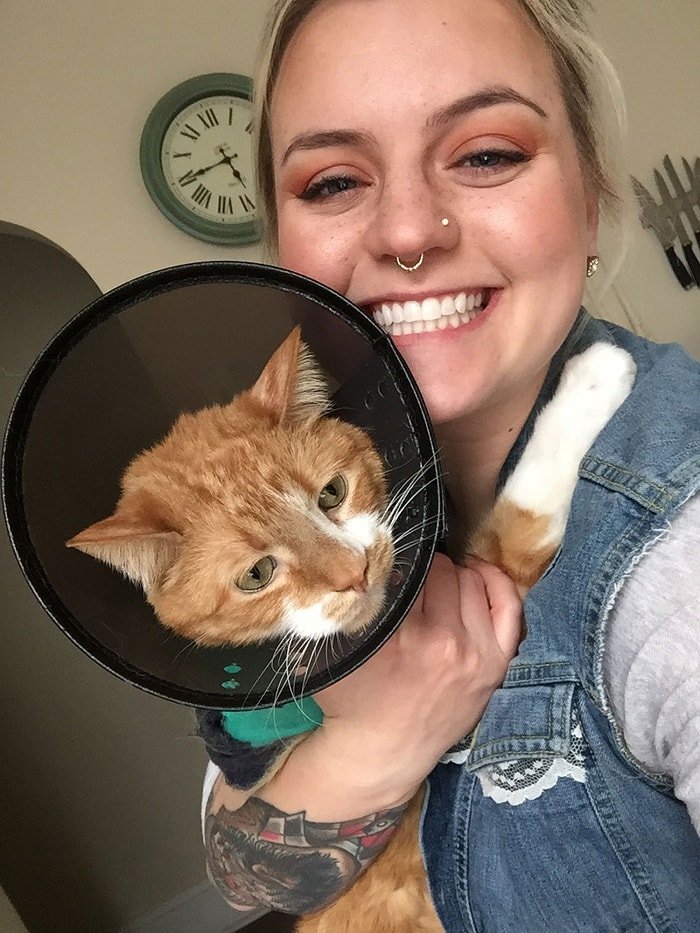 “Cheddar is extremely docile and gentle, so he doesn’t mind the clothes at all,” she went on to say. “The clothes go on after I’ve changed his bandages, so it is similar to changing a baby’s diaper — sometimes he gets fussy but he ends up snuggling in a blanket right after.”

Now, this flannel-wearing kitty is healthy and active otherwise, she added, noting he likes to play fetch and follows the 23-year-old “around the house waiting to be pet and loved.” 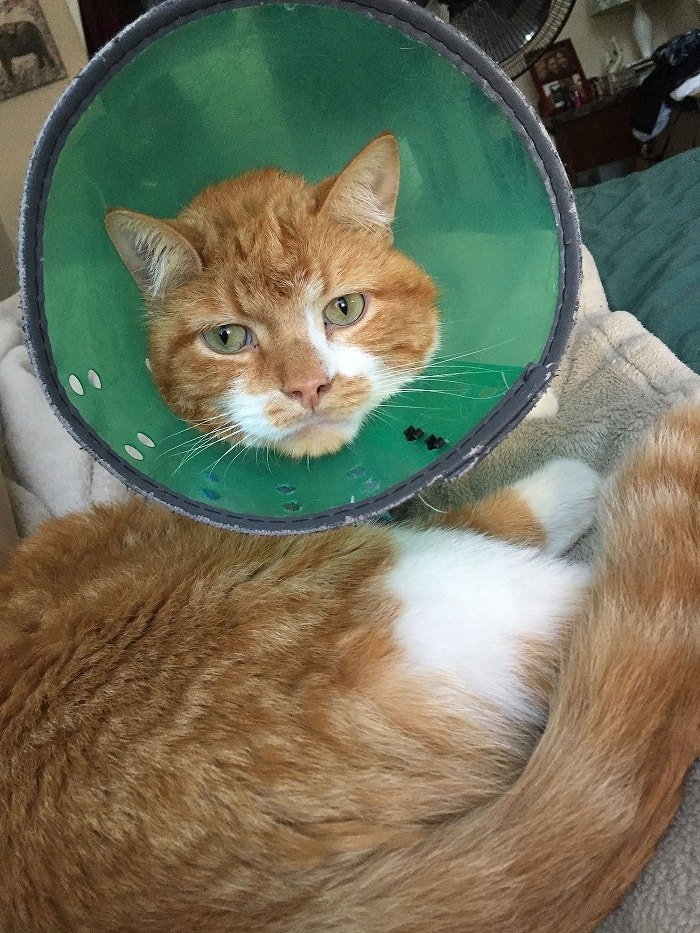 Speaking of following, due to the overwhelmingly positive reactions to Cheddar’s threads on social media — just one tweet received over 160,000 likes — Tolstych’s hands are now working faster than ever.

“I have been working all week to design and produce my first run of small pet clothes — they will be available on my store at etsy.com/shop/nykolstitch sometime this weekend,” she says. “I LOVE doing custom work — pet or human — and can be contacted through my website at nykolstitch.com!”

What a remarkable invention!