NEW YORK – One night in Hampton Bays, New York, a woman was just driving in her car when she luckily spotted a strange animal in the middle of the road. She immediately pulled over and got out to help, only then realizing it was a cat that didn’t look anything like a cat. 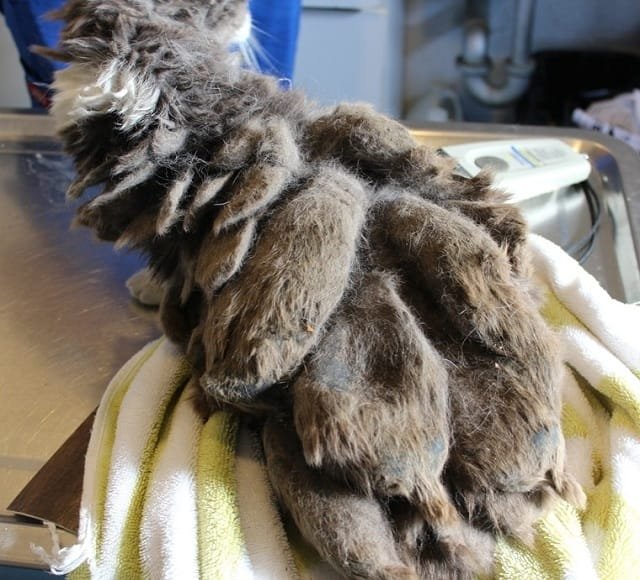 Scarlett, as she was named later on, had such huge clumps of fur hanging off her body that they looked like little baby kittens clinging to her, reports The Dodo.

In desperate need of a medical examination, the cat was taken over to Southampton Animal Shelter Foundation (SAFS). 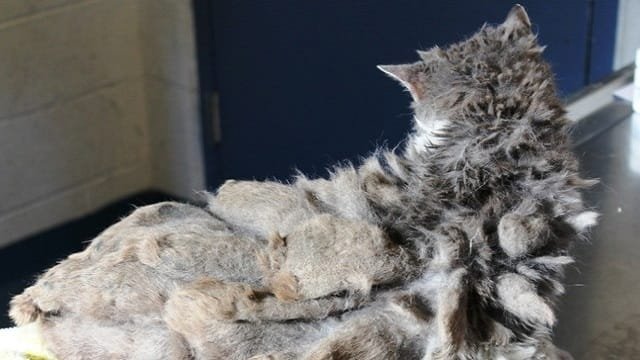 The medical team was completely in shock over her condition. Linda Goldsmith, head of the Advo-Cat program at SASF, said to The Dodo:

“She had pounds of added hair. It was the worst matted cat I have ever seen in my seven years with the shelter. She was unable to walk or hardly move”. 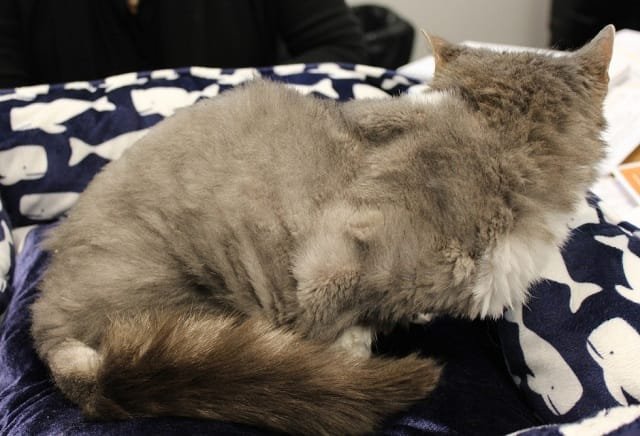 Clearly, the 15-year-old cat hadn’t been cared for in quite a long time. She was very dehydrated, starved and infested with fleas and ticks. No-one could tell how long she’d been surviving alone for.

After a serious grooming session, a beautiful, soft kitty appeared underneath all that matted fur! 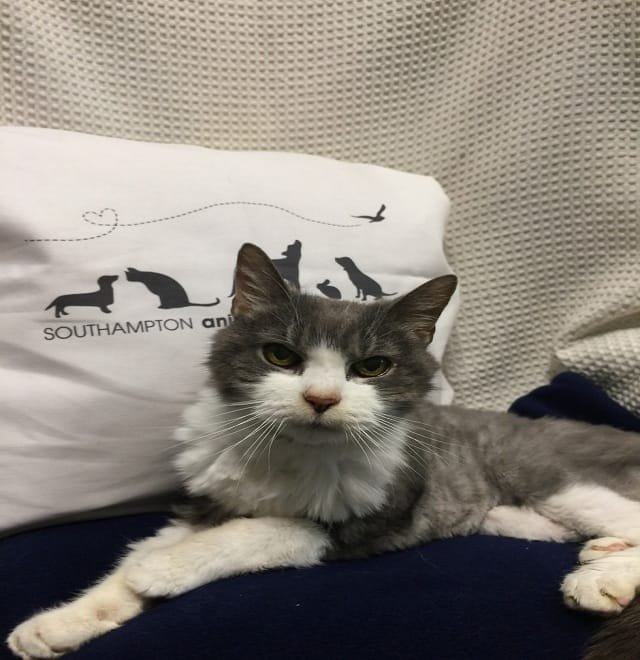 Kate McEntee, who is director of public relations and marketing at SASF, said that they are extremely grateful for the “good samaritan” who brought the cat to safety. She is apparently healing surprisingly well and will soon be ready to be put up for adoption.

Scarlett will be looking for a quiet, peaceful home full of love where she will be able to spend the rest of her years being showered with attention and snoozing on soft pillows.