UNITED KINGDOM – A man whose wife had recently suffered a miscarriage bought her a kitten who had now mom – to comfort her.

Imgur user MrAeronautic shared this touching story along with a photo collage which shows his wife’s reaction to her new pet.

My wife recently had a miscarriage. After two months of trying to make her feel better with no success, I found a kitten with no mommy.

“My wife recently had a miscarriage and after two months of trying to make her feel better with no success, I found a kitten with no mummy,” he wrote back on Monday 31 October.

He got Callie the kitten from a local cat shelter and was told her mom had been killed.

“Her face and her eyes just brought a calmness over me and I thought she might make my wife feel the same,” the man noted. 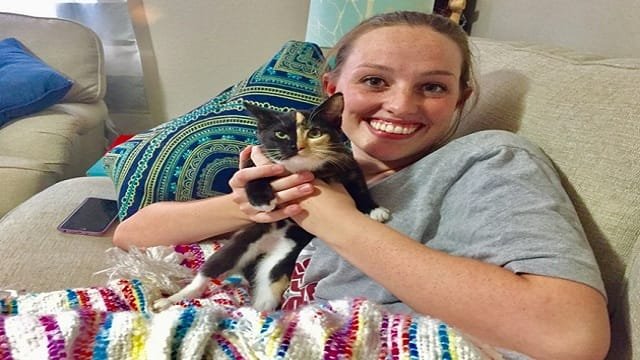 He went on to explain that his wife was “super pumped” when he brought the kitten home.

“We have had her for five days now and I haven’t seen my wife this happy in a long time,” he stated.

“She and Callie bonded immediately. Callie is constantly snuggled up to her mumma and sleeps tucked up to her stomach at night.” 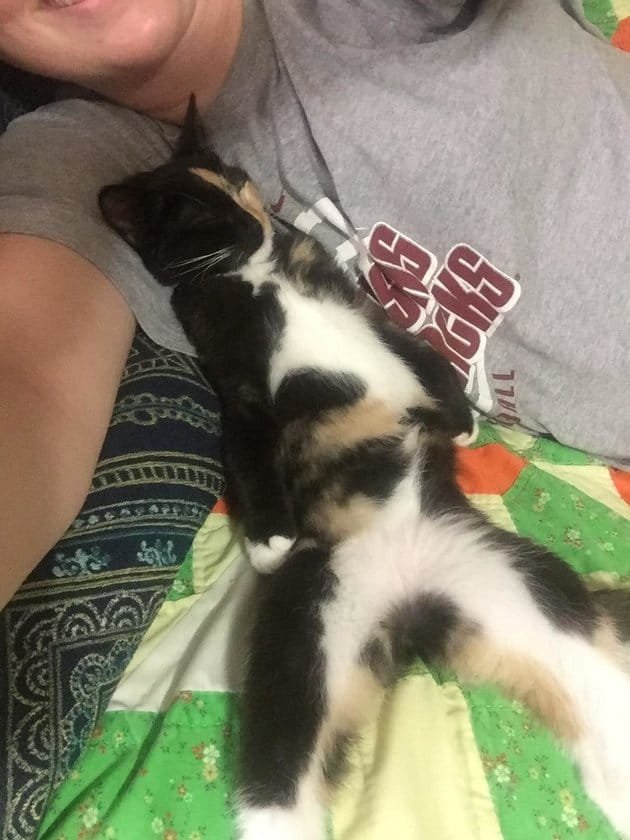 The man went on to explain that one morning when he was cleaning Callie’s litter box, his wife tapped him on the shoulder and surprised him with…

“My wife had this pregnancy test and the biggest smile on her face,” the man said.

“Things are looking up!”

We here at The Best Cat Page wish this family the best! 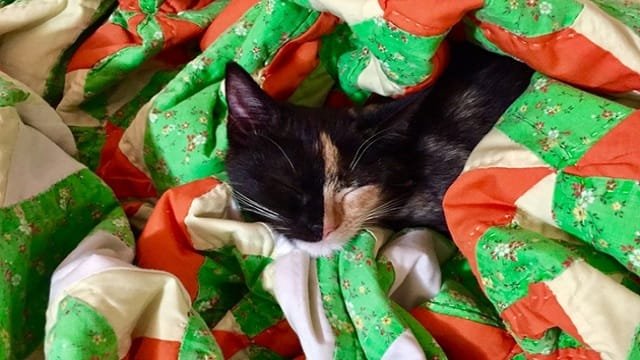