A tortie cat in Spain had been living in the streets for just about 10 years. That is, until one kind-hearted woman heard about him.

Cristina decided she wanted to do something to help him. After all, what cat doesn’t deserve the chance at a happy life? 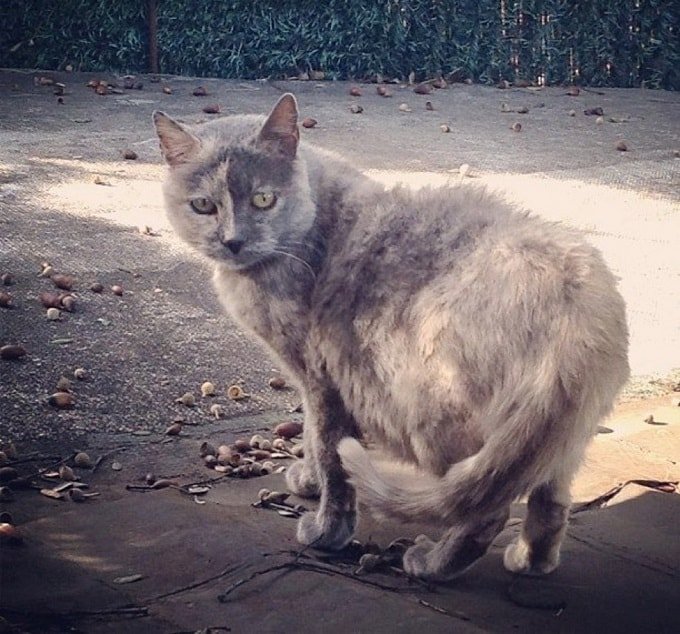 “I met Creasy in 2012. I don’t know his exact age at the time, but the neighbor told me that he was around 12 years old and was abandoned by his family,” Cristina Piapia, an animal rescuer in Spain , told Amy at Love Meow.

“Where I live, people just give them food but no more. There are a lot of cats in this village.” 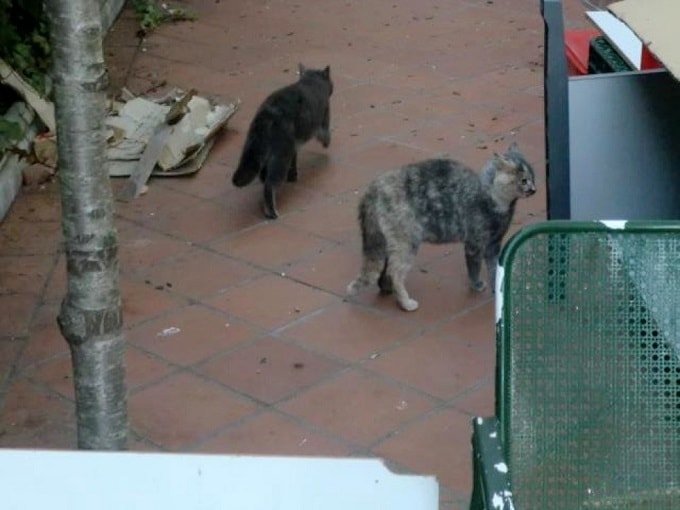 Being a tortie cat, Cristina automatically thought that the cat was female. She noticed that wasn’t the case when she finally made the attempt to trap the cat

“I was really surprised as I had never seen a male cat with these colors,” Cristina told Love Meow. 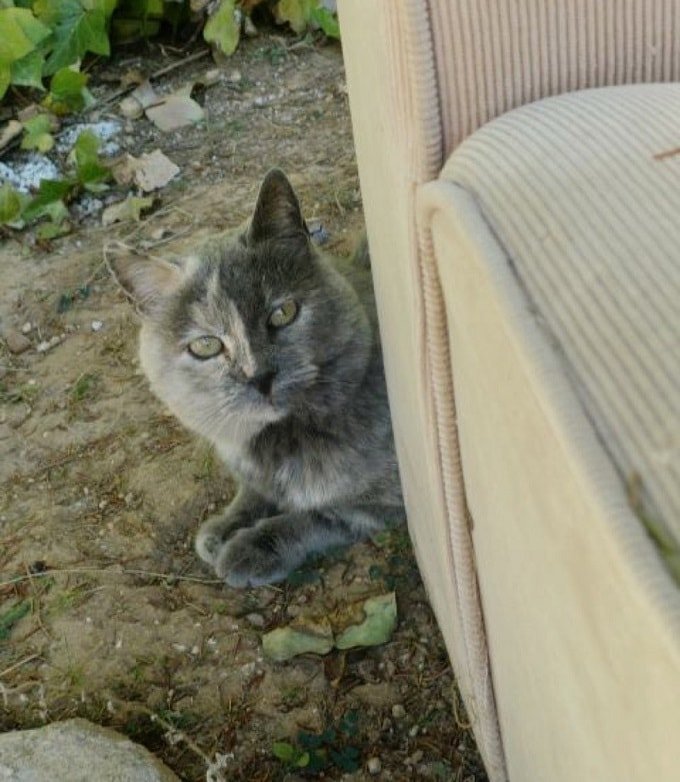 Finding a male tortoiseshell anywhere is a rare occurrence as you will only find perhaps 1 from 3,000. These special kitties typically have an extra X chromosome (XXY), a condition which in humans is known as Klinefeltersyndrome. 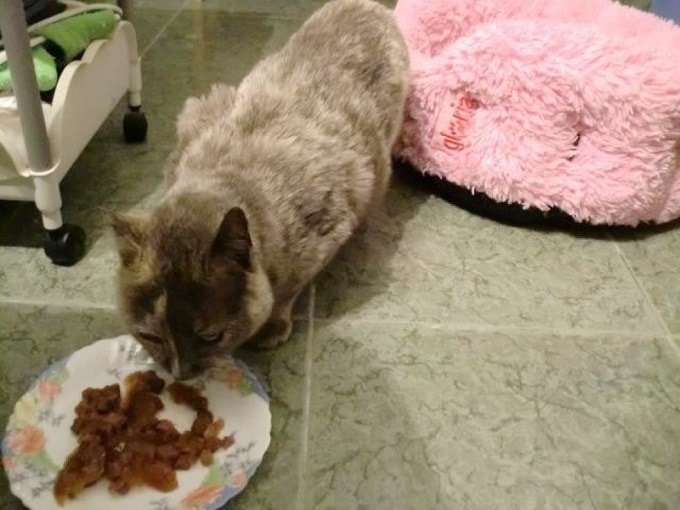 It became even more clear to Cristina that this special cat really deserved the best life has to offer. 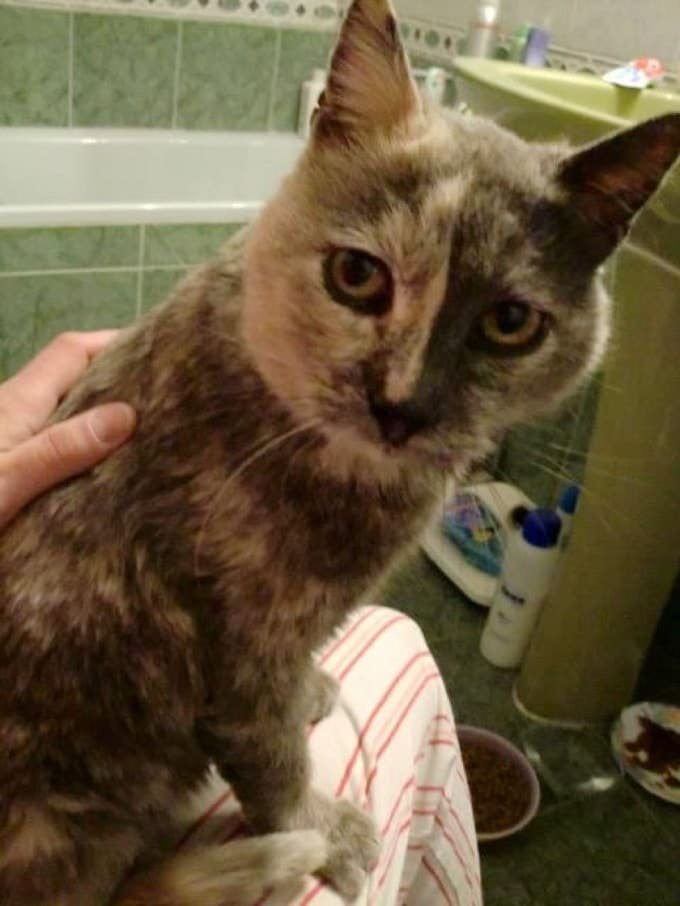 After finally getting Creasy to the vet’s office, they then found out that he was FIV+.

He also needed to have most of his teeth removed. 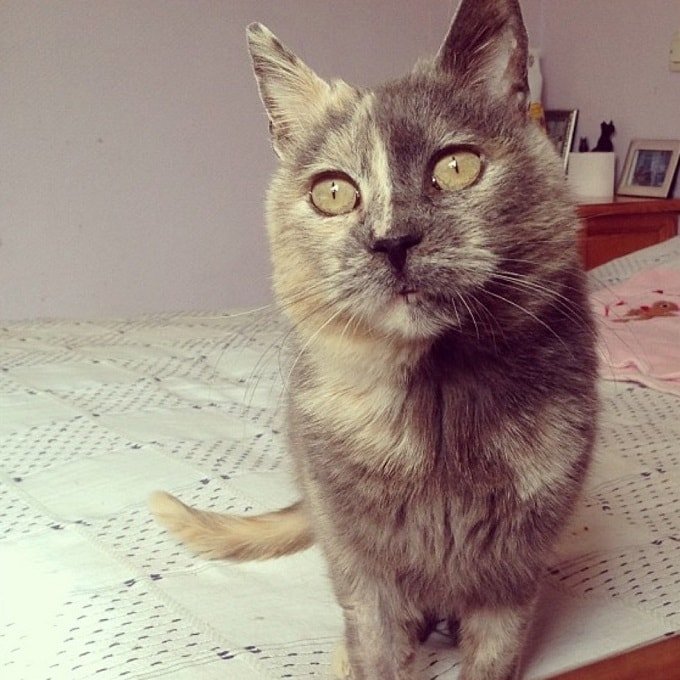 Cristina finally took this amazing cat in with her to foster him until his new forever home could be found! Once a street cat, Creasy was now living in the lap of luxury, just like a king!

Creasy finally moved into his forever loving home back in 2013. 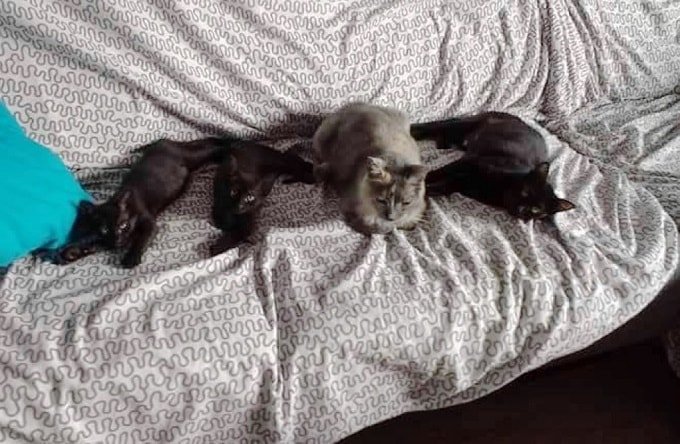 Seems Creasy isn’t the only fur-baby in the new home either, but he is the oldest

What a remarkable cat!