This wee one of a kitten with frog-like eyes had an incredible will to live. This is Oomi, and she truly is a miracle kitten. Just one month ago, when Oomi was only four weeks old, she came to the ASPCA Kitten Nursery in New York City. She was in desperate need of not only medical care but also a lot of TLC. 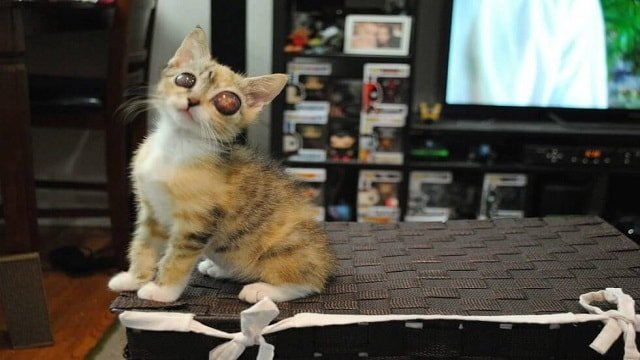 Cerena explained that the kitten was dropped off at the front desk where she works. 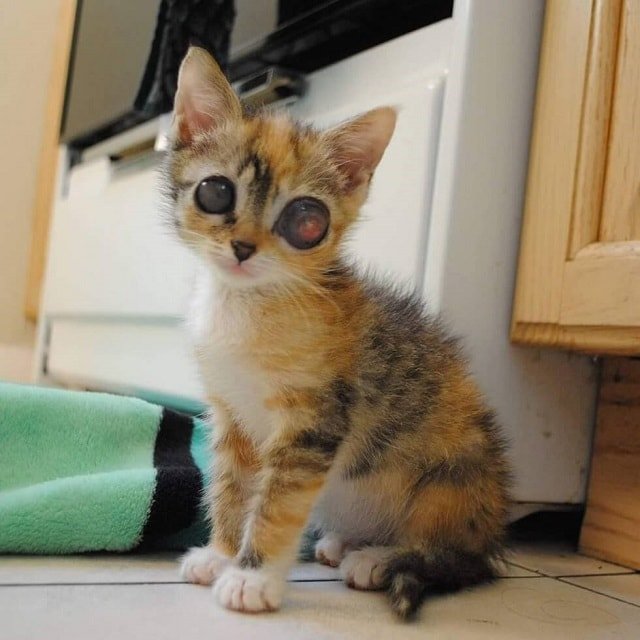 The ‘frog eyes’, they believed, were due to a bacterial infection that had gone untreated. 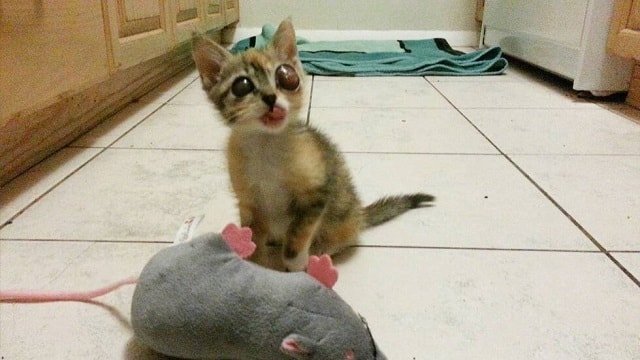 Cerena stated that when she first met Oomi, she just wanted to cuddle and to be loved.

Cerena ended up fostering her once she became more medically stable – she and her fiancé, Anthony, absolutely fell in love. 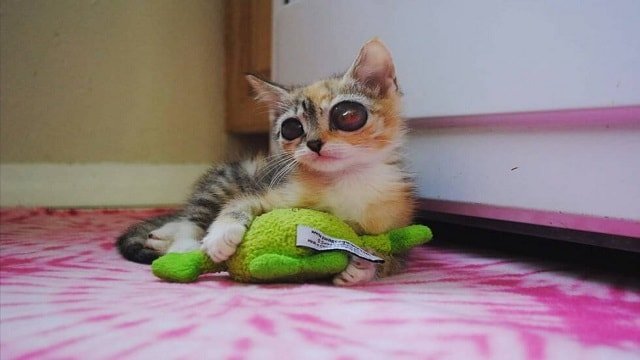 It was difficult not to fall in love admitted Cerena, calling Oomi a ‘ray of positivity’.

The two always took the time to get some extra cuddling in just in time for Oomi to take her medications. 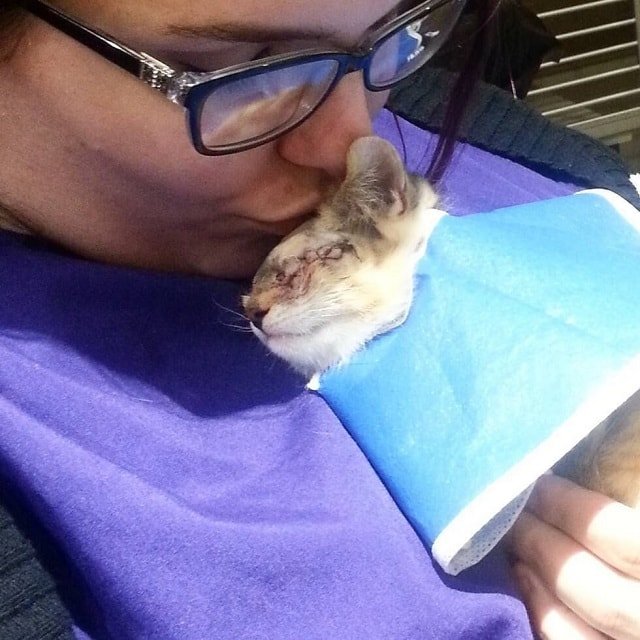 After making several trips to the vet it was decided that Oomi would have to have surgery to remove both of her eyes, but she would have to get a little bit bigger before she could undergo the operation. 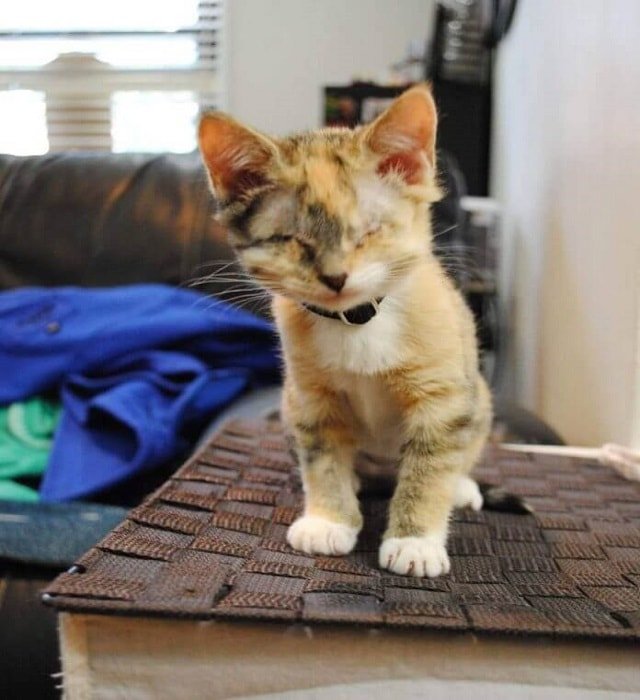 After one eye had ruptured in during the night, Oomi needed to undergo surgery a few weeks sooner than planned.

Just one day after surgery, Oomi cuddled up next to her human mom once again for some love. 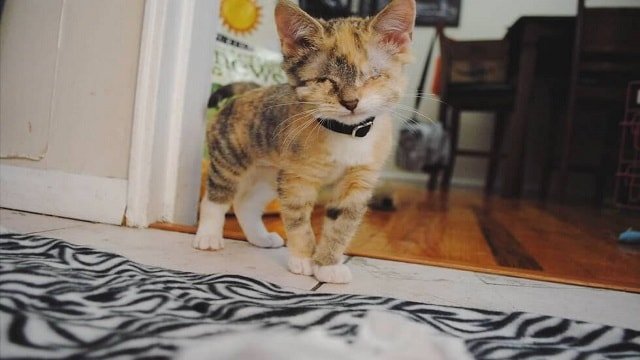 Just a few days after surgery, Oomi was up and about climbing on things.

No one has ever seen a kitten bounce back quite as quickly after surgery as she did. 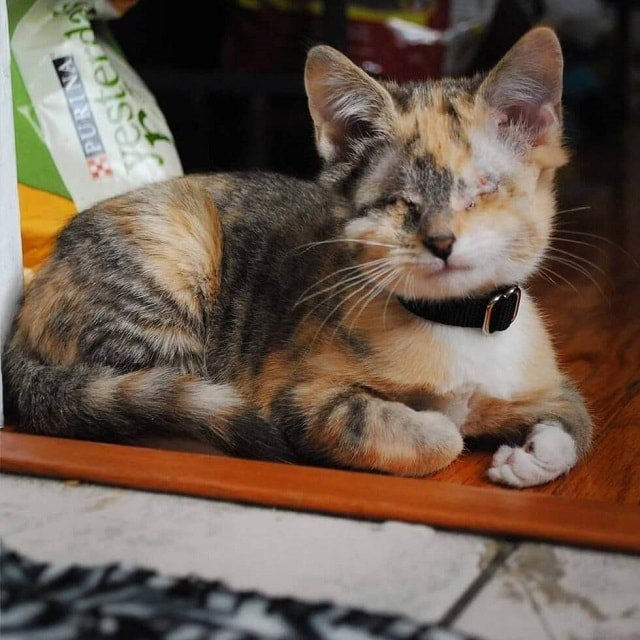 Oomi has absolutely no trouble navigating around her house and living life to its fullest!

Im getting really good at climbing! I havent learned how to get back down though so when I get stuck, I chirp for my mom or dad to come rescue me. #kitten #catsofinstagram #rescuekitten #adoptdontshop

We here at The Best Cat Page wish Oomi the best!