That cutie in the pictures below is called George and all he wants to do every day is play Peek-a-Boo with the neighbor’s parakeet. Doing his best Sylvester the cat impression, George visits the neighbor’s porch every day and looks at the two friendly parakeets through the glass door. One day, he was “greeted” by Oscar, provoking a hilarious reaction by George. Everything was caught on tape by the parakeet’s owner, who believed it was funny enough to be shared online. She wasn’t wrong – as soon as she posted the video of Sylvester…uh, George and Oscar on Facebook, it went viral in a few hours. 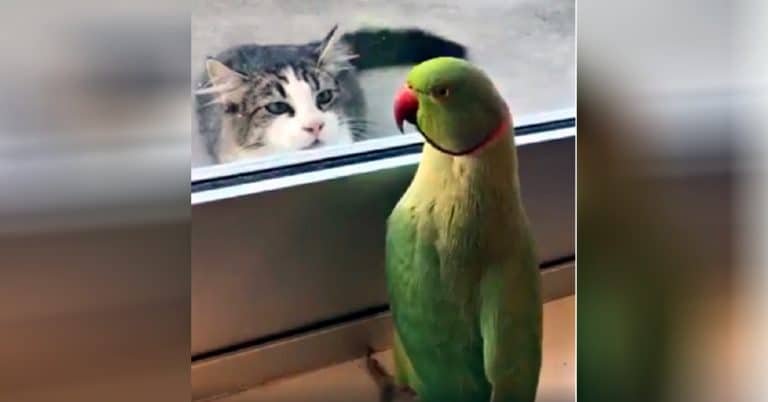 Oscar, as it turns out, was totally up for a game with the friendly neighborhood cat. The parakeet was in the mood for a Peek-a-Boo, leaving George in riddles every time it popped up and down. The parakeet is obviously having so much fun, and we just can’t get enough of George’s confused face. Oscar is clearly a master at Peek-a-Boo, and the whole scene reminds us of Sylvester and Tweety’s adventures. 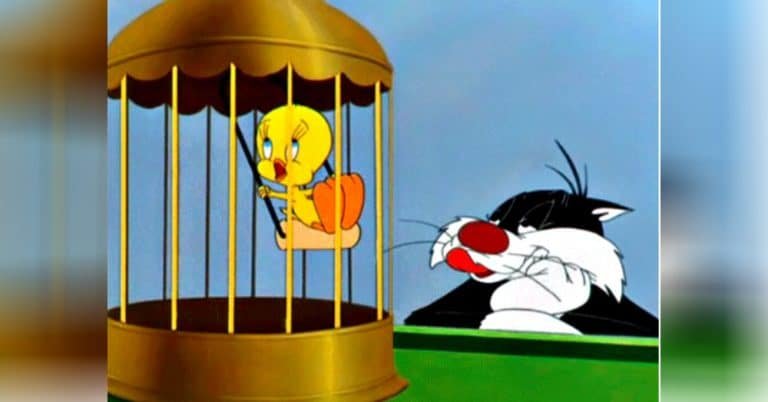 Turn the volume up and enjoy the video. You’ll be rolling on the floor laughing when Oscar says “Peekaboo!”.