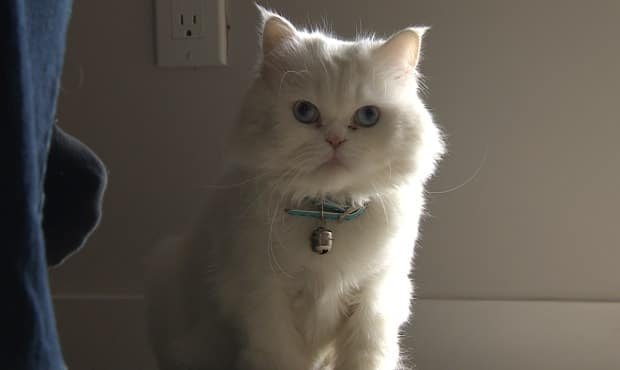 Sherry the cat is a Syrian refugee. (CBC )

Naeila El Shatir thinks of her cat Sherry as be part of her family. When they fled war torn Syria for a refugee camp in Jordan, they took Sherry along with them.

“I’ve had Sherry for five years. He came to our home as a gift for my sister, who was disabled. My responsibility was to take care of him. She loved him very much,” El Shatir said.

El Shatir’s sister died during the war, and because of that, taking care of Sherry became a way of keeping the memory of her sister alive. Naeila El Shatir considers her cat Sherry to be part of the family. (CBC)

In February, the family was accepted as refugees into Canada, but no pets were allowed.

“This cat suffered as we suffered in the war. He was always afraid. He moved with me from one city to another, from one apartment to a tent. He spent a very difficult time with us. He always looked at me to ask, when will all of this end?”

El Shatir had friends in refugee camps who her they would take care of her cat, but she still worried for his safety.

For El Shatir, Sherry’s safety mattered just as much as any person’s safety, and she felt responsible for his well being.

When the family arrived in Canada, El Shatir was reminded of Sherry every-time she saw another person with a pet. It somehow gave her hope that one day she would be reunited with her beloved cat.

A month and a half after they left Sherry in Jordan, he was brought to Regina after much paper work and medical screening. 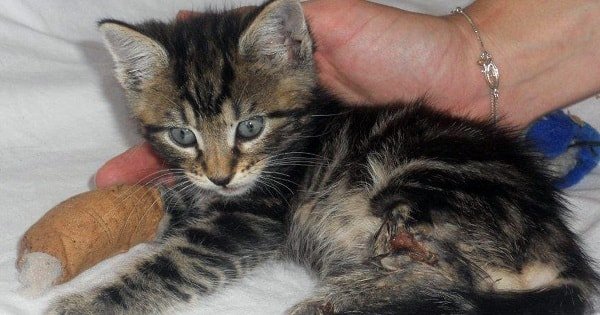 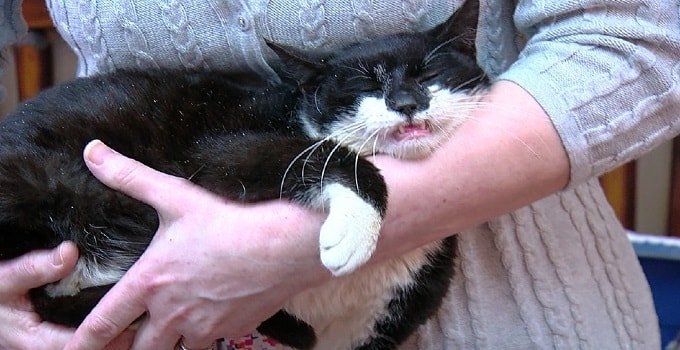