It’s a happy ending to a very sad story. A wounded mama cat found on the roadside couldn’t survive, but she lived long enough to make sure her babies did!

“I came home a little after 6am from working a double shift. As I was walking my dog, she (my dog) noticed something across the street and I saw that it was a tortoiseshell cat just laying there that had been hit by a car. I assumed she was dead, but I walked closer to her and noticed that she was breathing and she moved her head a bit,” said Ginger via reddit.

“I took my dog home and quickly grabbed a cat carrier and a soft towel and put her inside and my fiancé (Matt) and I rushed her to my vet so we could be waiting outside when it opened at 7:30.

The vet took her and said she’d take a look at her and see what the best course of action would be, and that she would call me later with her plan. They put the cat on a heating pad and was given pain meds and got lots of cuddles. The cat had head trauma and she (vet) thought the kitty had abdominal swelling and took an X-ray but it turns out she was PREGNANT with two very large full term kittens! Later on she texted me and I broke down. To me, this is a testament of a mother’s love.”

The Gulley Park Pets Clinic did absolutely everything they could to help the cat but to no avail.

“While the injuries to that sweet mama were too severe to overcome that tough cookie hung in there long enough for us to find out why she hanging on. The reason was…. these two little beauties. We delivered these sweet babies and then comforted their mama as she could finally let go. Good job mama. Good job Ginger and Matt! There are still good people out there folks!”

Two weeks later, Charlemain and Jasper were adopted together! A very happy ending!

“If it’s the last thing I do, my babies are going to make it.” 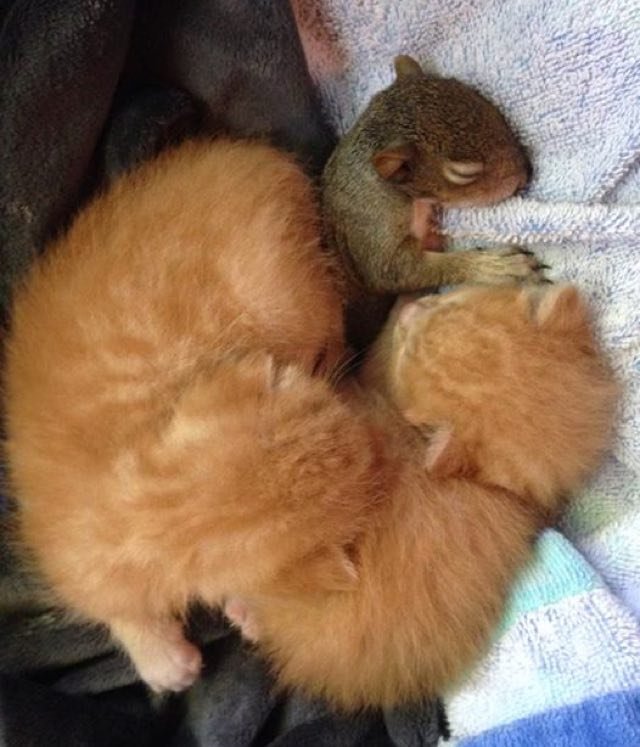 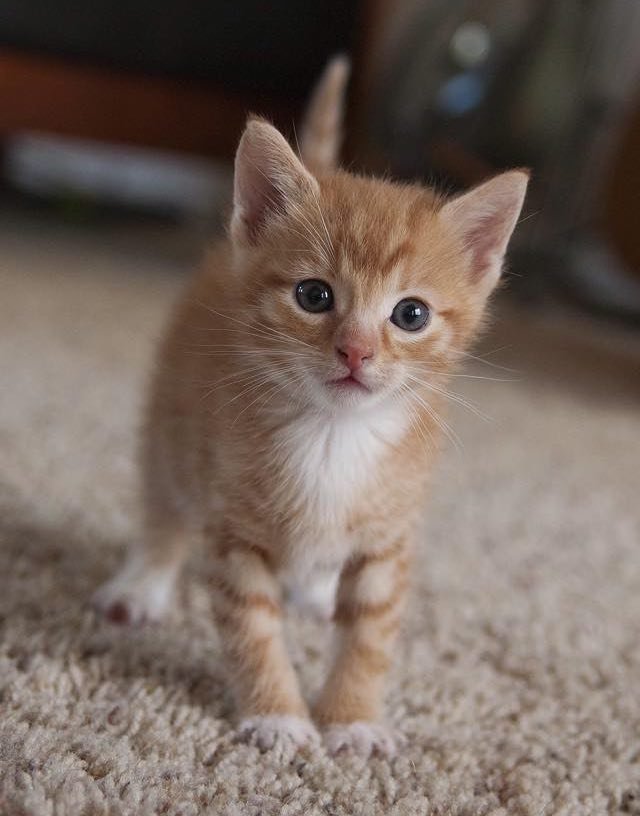 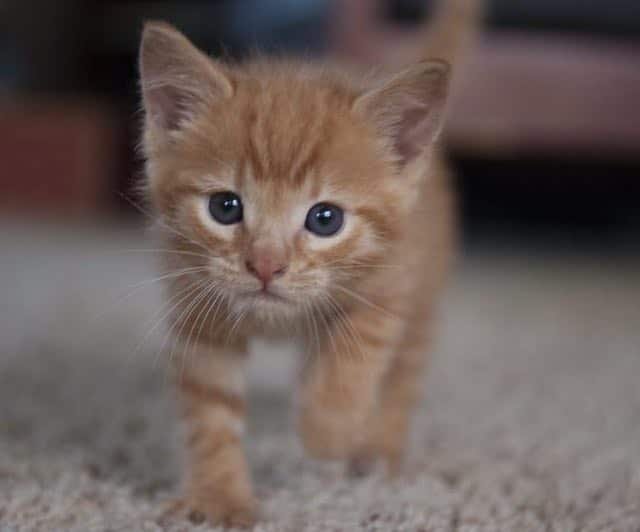 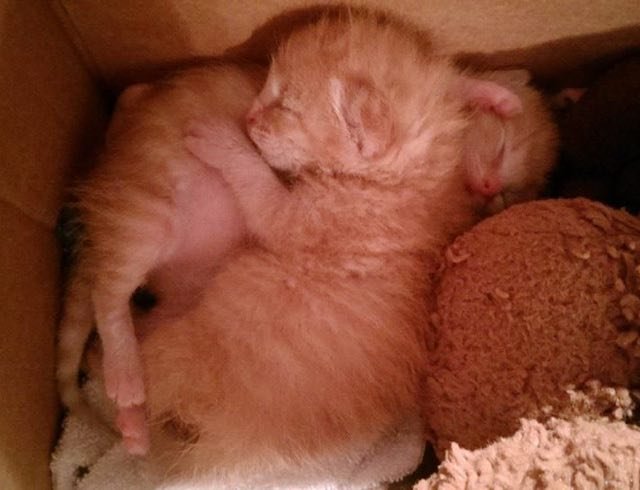 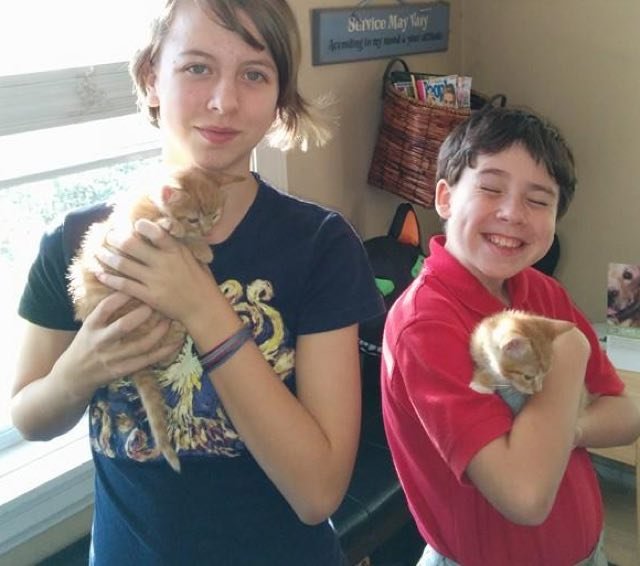 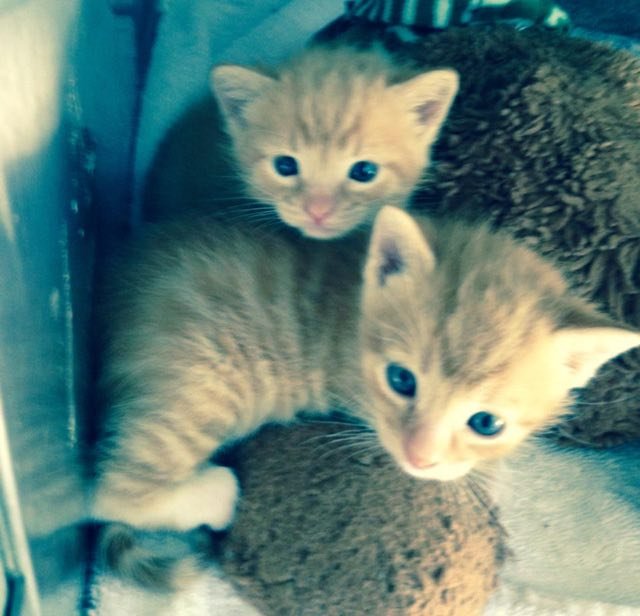 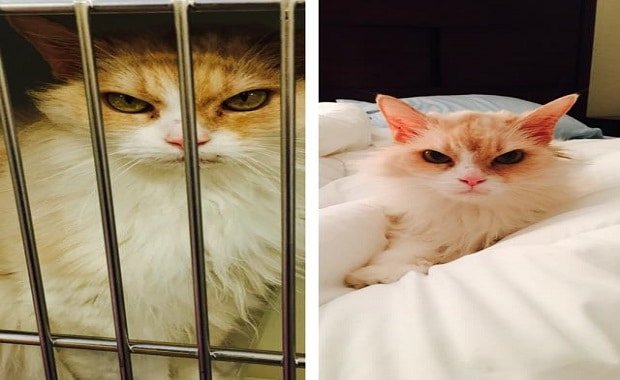 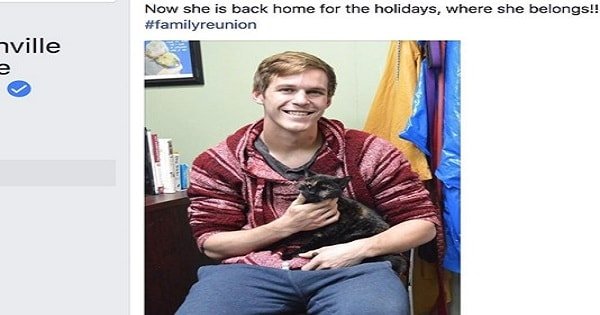 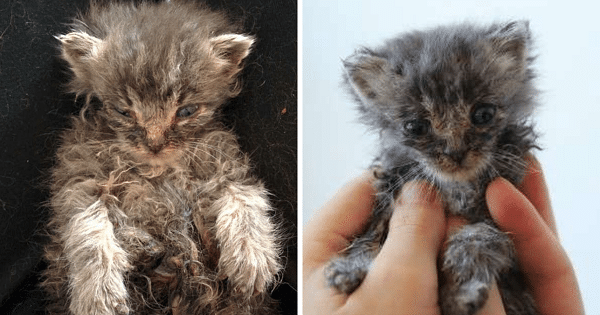 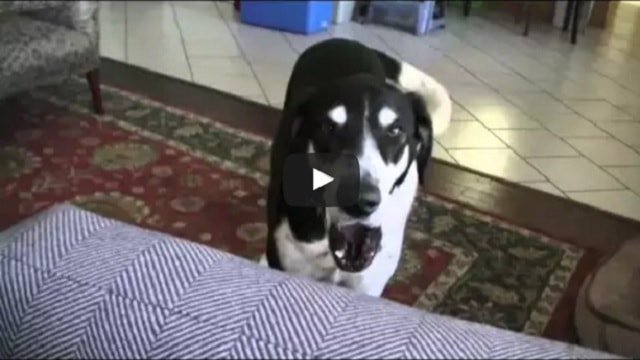 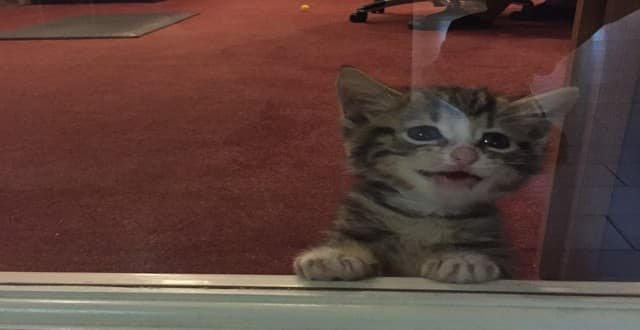 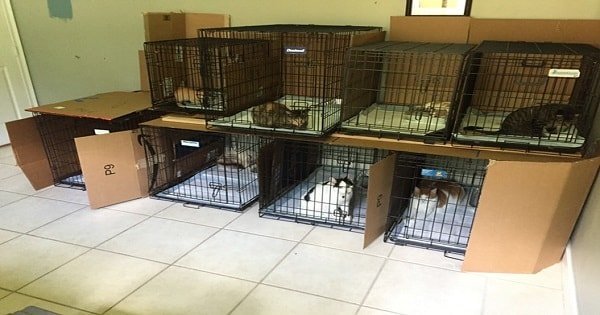