NEW JERSEY – Jimmy, who is a 13-year-old feline, was particularly fond of taking himself on walks around his town in New Jersey, USA. His humans were always fine with letting him wander on his own, until the evening of September 13, 2014, when he didn’t return home. His family tried calling for him all night, but the cat was gone. 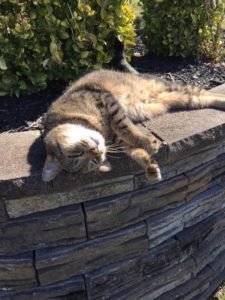 Jimmy’s mom, whose name is Sue Zelitsky, put posters up all around their town and refused to stop looking for their beloved family pet for a long time. However, she eventually came to the realization that her kitty just wasn’t coming back, and gave up.

A whole two years after the feline went missing, Sue received an extremely unexpected surprise while she was browsing the West Milford Animal Shelter website. She came across the profile of a stray cat who had many similarities to their Jimmy. Intrigued and hopeful, Sue sent a message to the association. 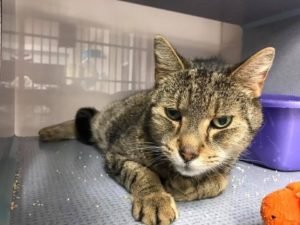 The more she spoke with volunteers from the association, the clearer it became that this cat was indeed her Jimmy. And so, she rushed to the center as soon as possible, in the hopes that the feline might recognize her. As soon as Sue saw the cat, she knew right away that this was her beloved animal. She explained to The Dodo:

“As soon as we opened the cage I asked him, ‘Jim, is that you bud?’ And he walked over and head-butted me and I just starting crying.” 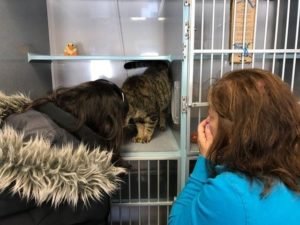 As soon as he heard the news, Sue’s husband hurried over to visit their long lost cat and the pair immediately recognized each other.

Nearly three years had passed and Jimmy and his family were finally reunited and he can return to his forever home. 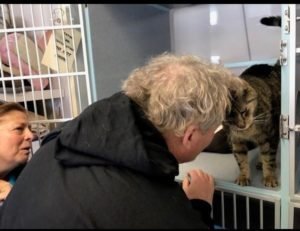